The Daily Nexus
Events
Zack Fox Brings Laughs to I.V. Theater Amidst End-of-Quarter Stress
March 10, 2020 at 11:12 am by Melody Pezeshkian 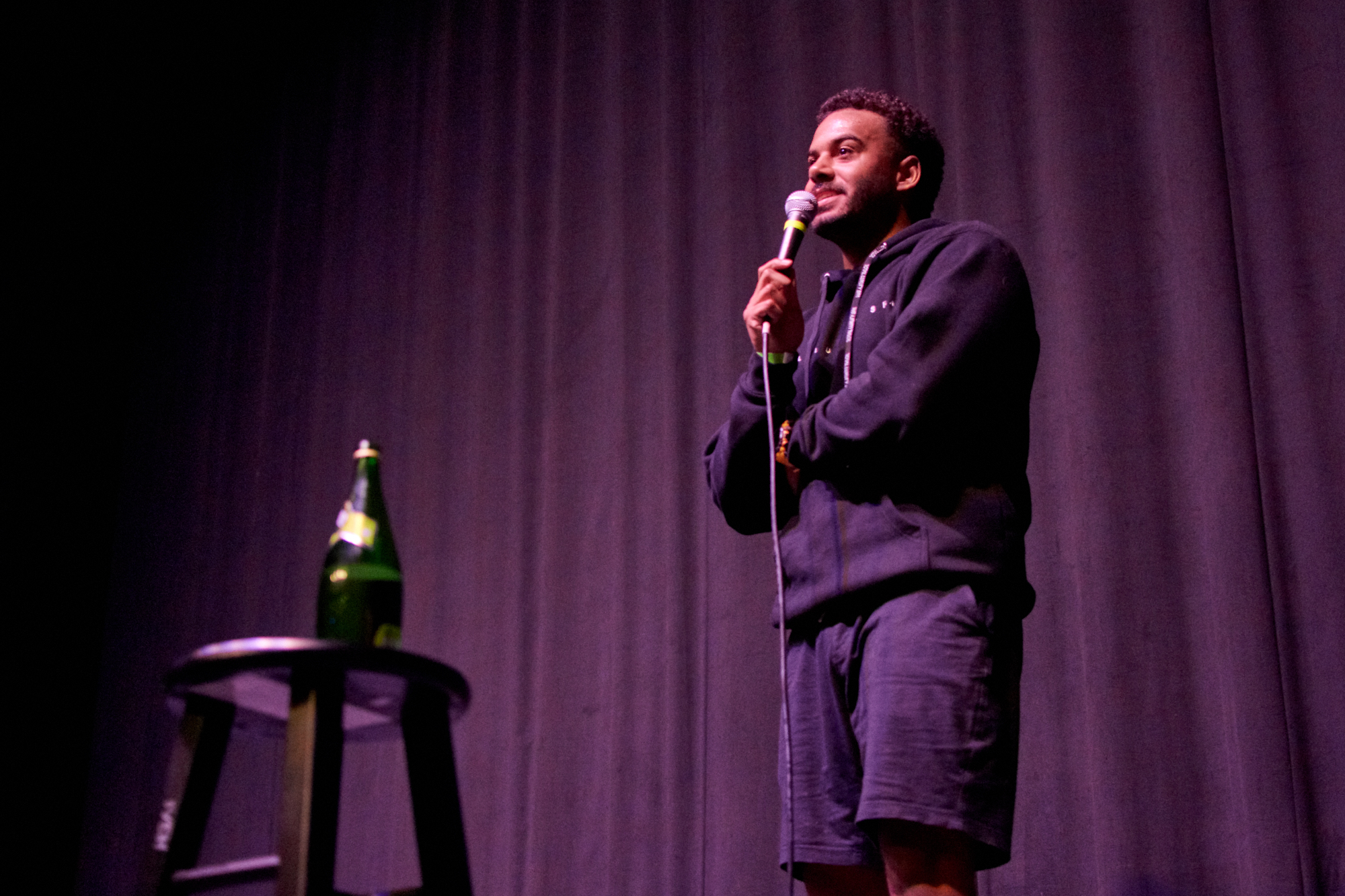 Zack Fox packed I.V. Theater last Wednesday night at UC Santa Barbara as crowds arrived early and waited excitedly for Fox to bring a pre-dead week treat of laughter. Fourth-year theater major Duncan Bardeau gave a 20-minute set (and his longest stand-up to date) to open up the show. He persevered through the time slot, albeit frequently hinting towards the long time he had left on stage. The moment Fox walked in, he brought with him a lively energy, bouncing up to the stage once the cheers subdued.

Fox has been inching towards the limelight since his “Bootymath” days on Twitter; you may also know him from his performance in the horror film “Kuso,” or even from his Kenny Beats hip hop days. Or you might be like me, having not heard of Zack until a week before his show. Whatever the source of his current fan base, one thing we may all agree on is his superior stand-up skills.

Fox began his set by bringing up the 2016 elections and all the glory around it, equating the voting process to eating kale — you don’t want to, but you know it’s good for you. He then jumped into his upbringing, sharing stories of his life with neither a dad nor a backyard. Left to the devices of a tiny house shared with his comically aggressive single mother, the audience soon learned why Fox has trouble audibly expressing himself in the bedroom.

His set only became raunchier after that. 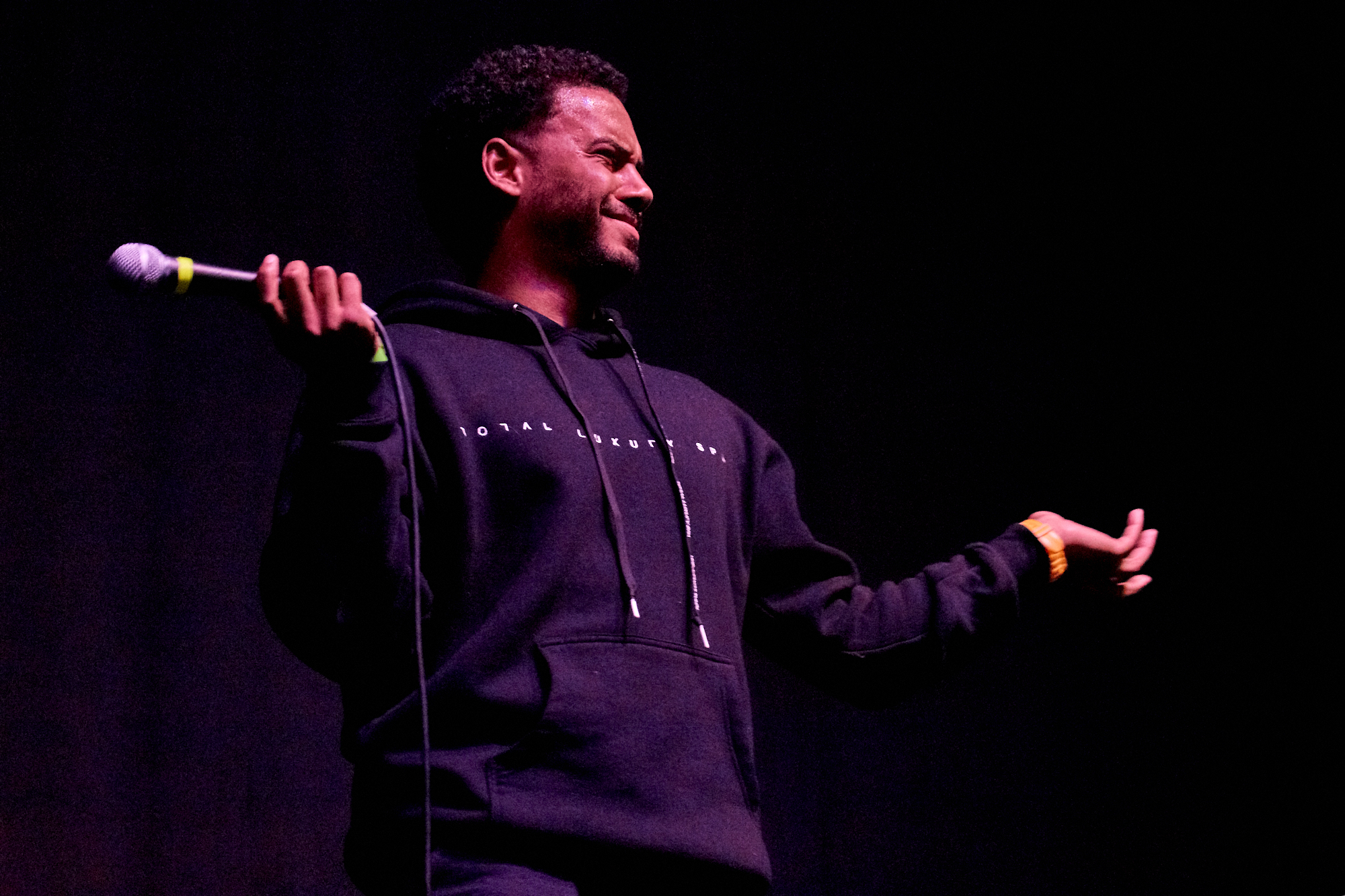 For those with penises, Fox described the inscrutable process of foreskin incision — if he had to choose between keeping his foreskin as a child or having it removed for medical reasons, Fox declared he would choose to have “foreskin bangs,” for stylistic purposes. And for those who still wear their foreskin proudly, Fox joked that the extra skin can serve as a built-in condom.

Eager and ingenious, Fox moved to the topic of race. He mentioned that some of his African American friends have brought up the idea of enslaving white people — as revenge, naturally. But Fox doesn’t agree that reversing the roles of enslavement would be a good idea. 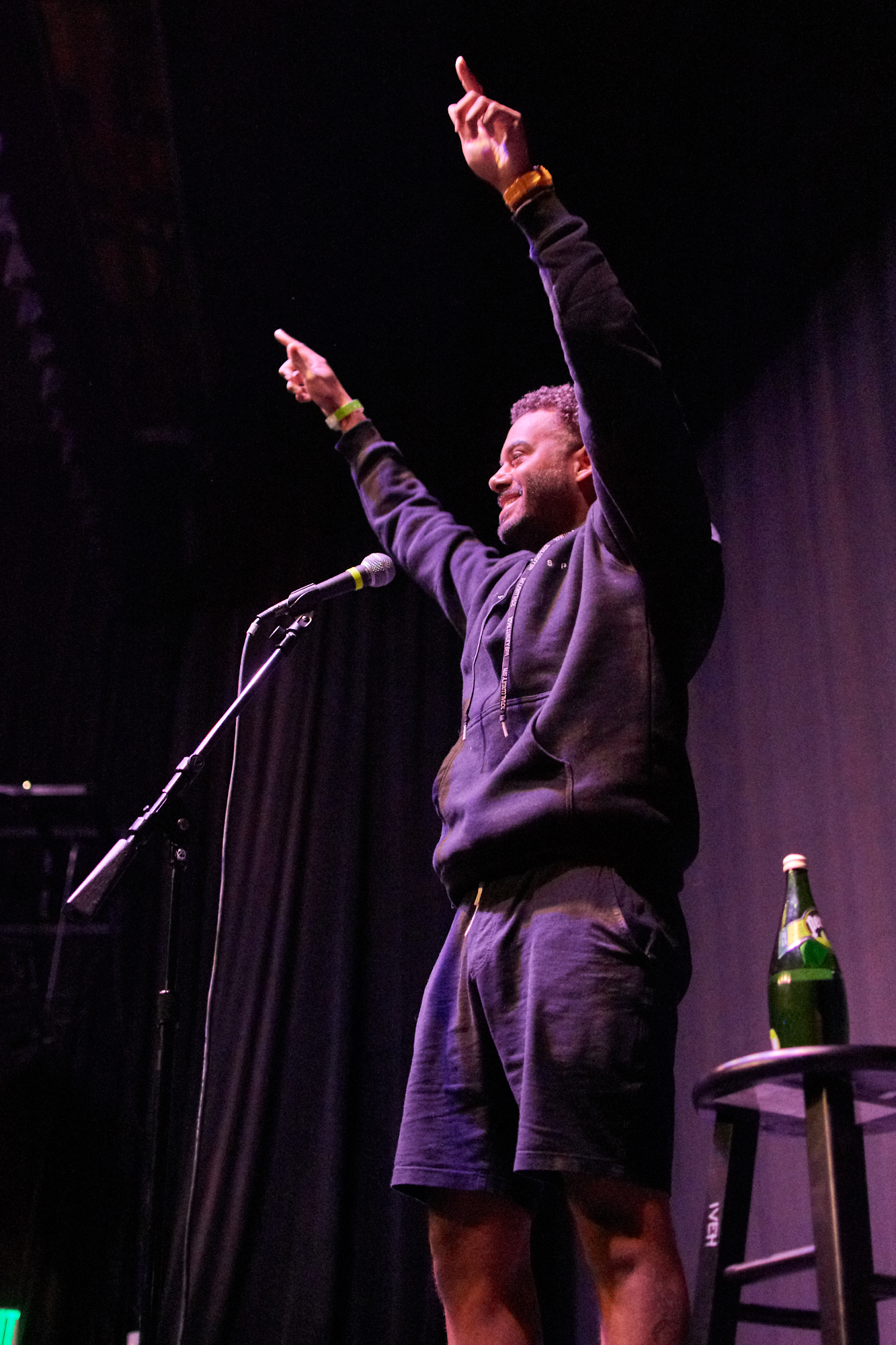 A little over halfway through his set, Fox invited a random audience member on the stage to read a “proposal” he had about gun control. It was clear why Fox didn’t read this suggestion himself, as the innocent audience member had trouble getting through the bit. Fox was clearly enjoying himself on stage at this point (and at most points throughout the night). It was refreshing to see a comedian laughing at himself while on stage as if his jokes were one part premeditated and one part improv.

Osako mentioned that Fox’s “ability to make a crowd laugh seem[ed] effortless.” Fox showed an inquisitive dynamism on stage; he played with the projector board behind him and hid behind the curtains at times. Next time, he joked, he would have to include visuals to enhance his comedic delivery.

He delivered a couple of extra jokes before ending his set, though it was clear no one wanted Fox to step down from the stage. To close the show, the audience was graced with a Q&A in which they could directly speak with Fox, where he entertained questions from audience members picked at random. This is where I noticed how strong Zack’s improv skills are. He was able to answer questions with an original and creative touch. Even when fielding half-baked questions from audience members, Fox was able to maintain his humor. One audience member asked him what his favorite way to use a …  particular word was and his response caught me in awe of his on-the-spot ingenuity. I came ready to have a few laughs and was surprised to be laughing nearly the whole way through.