The Daily Nexus
Music
The Consequences of Pursuing Art: “Miss Anthropocene” by Grimes
March 3, 2020 at 10:16 am by Justin Carrasco 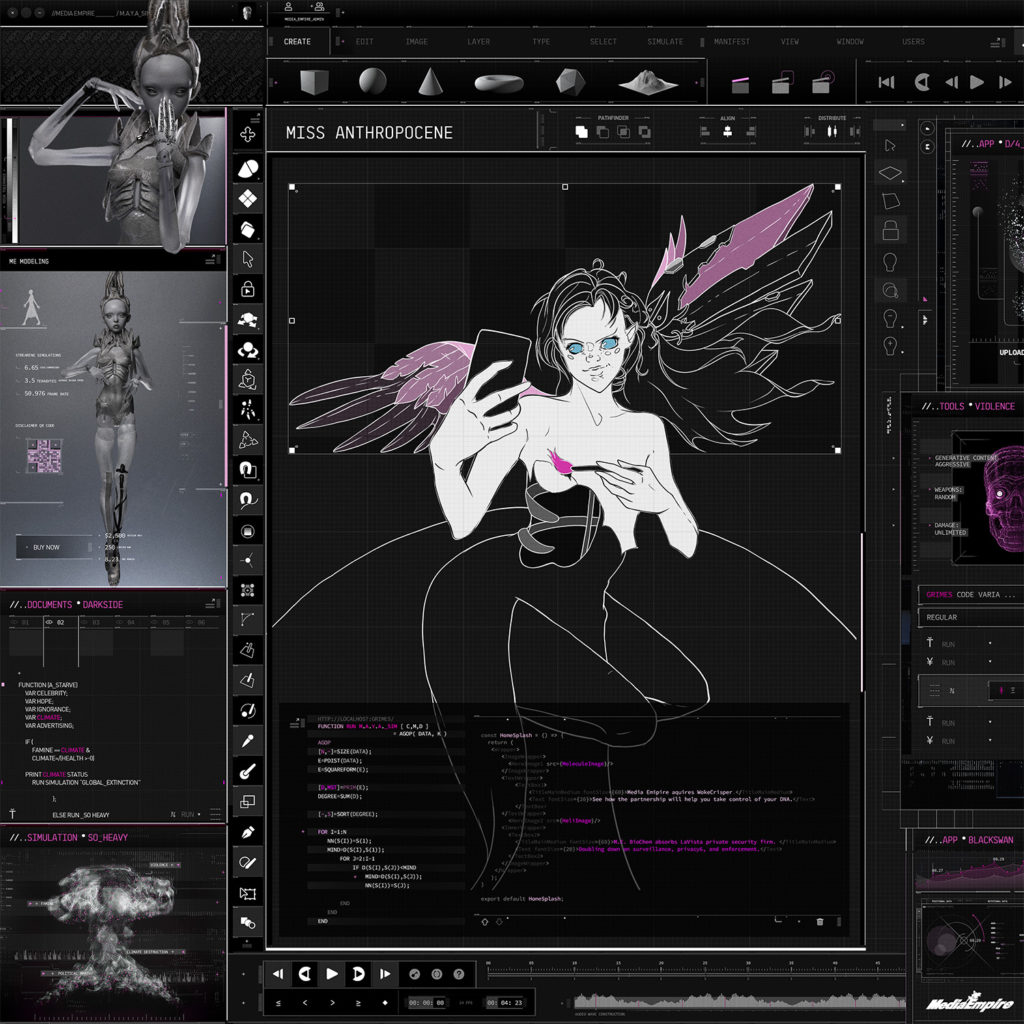 Grimes is an apt example of the ongoing struggle of music listeners who must decide whether to separate the art from the person behind it — the artist. Meshing the simplicity of pop songs with the experimental nature of indie subgenres, Grimes, born as Claire Elise Boucher, has seen critical acclaim as a songwriter and producer, being well known for creatively using unintelligible yet melodic vocals that denounce the importance of lyrical content. Due to the constant controversy surrounding her public persona, however, the name “Grimes” has become somewhat notorious in the overarching music communities.

Following the success of her critically acclaimed albums “Visions,” which debuted in 2012, and “Art Angels,” released in late 2015, Boucher bid her time exploring her newfound celebrity status while partaking in her typical zany antics. Her unusual line of thinking was often met with criticism from both fans and nonfans alike (such as when she legally changed her name to c, the symbol for the speed of light, or when she claimed that removing part of her eye cured her seasonal depression). Following multiple press interviews in which she expressed her agitation with what she felt was unfair misinterpretation from critics, the Canadian pop artist finally announced the release of her fifth studio album, “Miss Anthropocene,” in early 2019.

Aiming to embody the “villain” she felt the media portrayed her as, Grimes infamously described the album’s concept as centering around Miss Anthropocene, the fictional goddess of climate change (influenced by Boucher’s fascination with Greek and Egyptian mythology). Sonically, the album describes this character well, employing dark pop motifs through synthetic drums and heavy vocal reverb, which results in a musical landscape that can only be described as an apocalypse in cyberspace. To fully grasp the destructive anguish found within the heart of this passion project, however, it is absolutely necessary to unify the artist with her art and use it to look into Boucher’s struggle with notoriety and celebrity.

In “Miss Anthropocene,” Grimes explores the consequences of the pursuit of art by personifying her self-destructive tendencies.

The 10-track album is an introspective exploration into the turmoils of a creative artist, in which Grimes conjures a vision of the wrath, mania and isolation necessary to write the music that backs her public persona. In pursuit of technological innovation, humans have doomed themselves by destroying the Earth; Grimes plays with this idea by stating that innovating her craft as a musician is destroying her humanity. 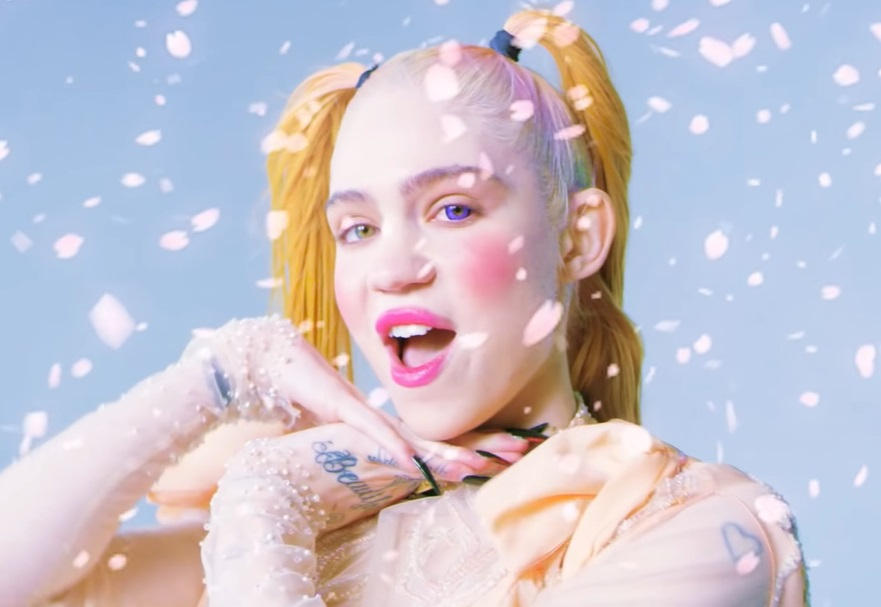 “So Heavy I Fell Through the Earth,” the album’s opening track, explores the issue of relational insecurity, in which Grimes depicts how binding with a male comes with the risk of losing artistic integrity as a female. The song is followed by “Darkseid,” an addictive hypergothic banger that explores an unsettling feeling of disconnect between body and soul, featuring hauntingly aggressive verses from Taiwanese-American rapper 潘PAN. One of the tracklist’s shining moments, “Delete Forever,” is a refreshing and distinctive piece in the grand scheme of Grimes’ discography; the track is carried by a folksy melancholic guitar, which is both contrasted and complemented by Grimes’s gorgeous vocal production. Themes of self-destruction are ever-present in this song; the singer simultaneously mourns her friends who have passed from accidental drug overdoses while also acknowledging her dependency on finding inspiration in pain when writing music.

At the album’s climax, in “My Name is Dark,” Grimes finds herself embracing the personification of her negative tendencies; in this track, she becomes Miss Anthropocene and embodies her self-crafted vessel of fiery self-hatred and chaos. The track is one of Grimes’ most fully realized and ambitious songs to date, with her artistic evolution reaching its fullest potential as she decorates its foreground with savage and behemoth-like instrumentals, a sound much different from her lo-fi pop origins. Encasing her vocals in heavy, echoey reverb, Grimes delivers some of her most gritty and cutthroat lyrics, snarkily singing, “I don’t need to sleep anymore/That’s what the drugs are for.”

The album’s penultimate track, “Before the fever,” is an important moment of self-realization in the narrative scope of the album. Acknowledging that her pursuit of creating meaningful art has come at the expense of her happiness and sanity, she decides to destroy the medium that allows her to do so: she confronts and destroys her celebrity-self, Grimes. “Dance me to the end of the night, be my girl,” she sings to herself, giving her persona a proper funeral and questioning her decision the whole way as the song’s extended outro fades to nothingness.

The seven-minute closing track, “IDORU,” tonally contrasts the rest of the album in the best way possible, utilizing glitzy horns, harmonious synths and bird-calling samples that walk the listener through the compassionate and apologetic feelings of not Grimes, but c herself. The song is a bittersweet love letter from c to her career and her fans — although she puts herself through hell to craft her music, she still sings, “You made my all-time favorite music,” celebrating how her art is a self-fulfilling authentic presentation of her journey.

Though the thematic narrative of the album implies that the project of Grimes has been permanently destroyed, it is uncertain whether Grimes will continue to release music, especially in light of her recent pregnancy announcement. Regardless, Grimes fans can rejoice in the fact that “Miss Anthropocene” is a rewarding send-off and fitting completion of the artist’s discography, creating a perfect blend of high concept, personal ingenuity and masterful production.