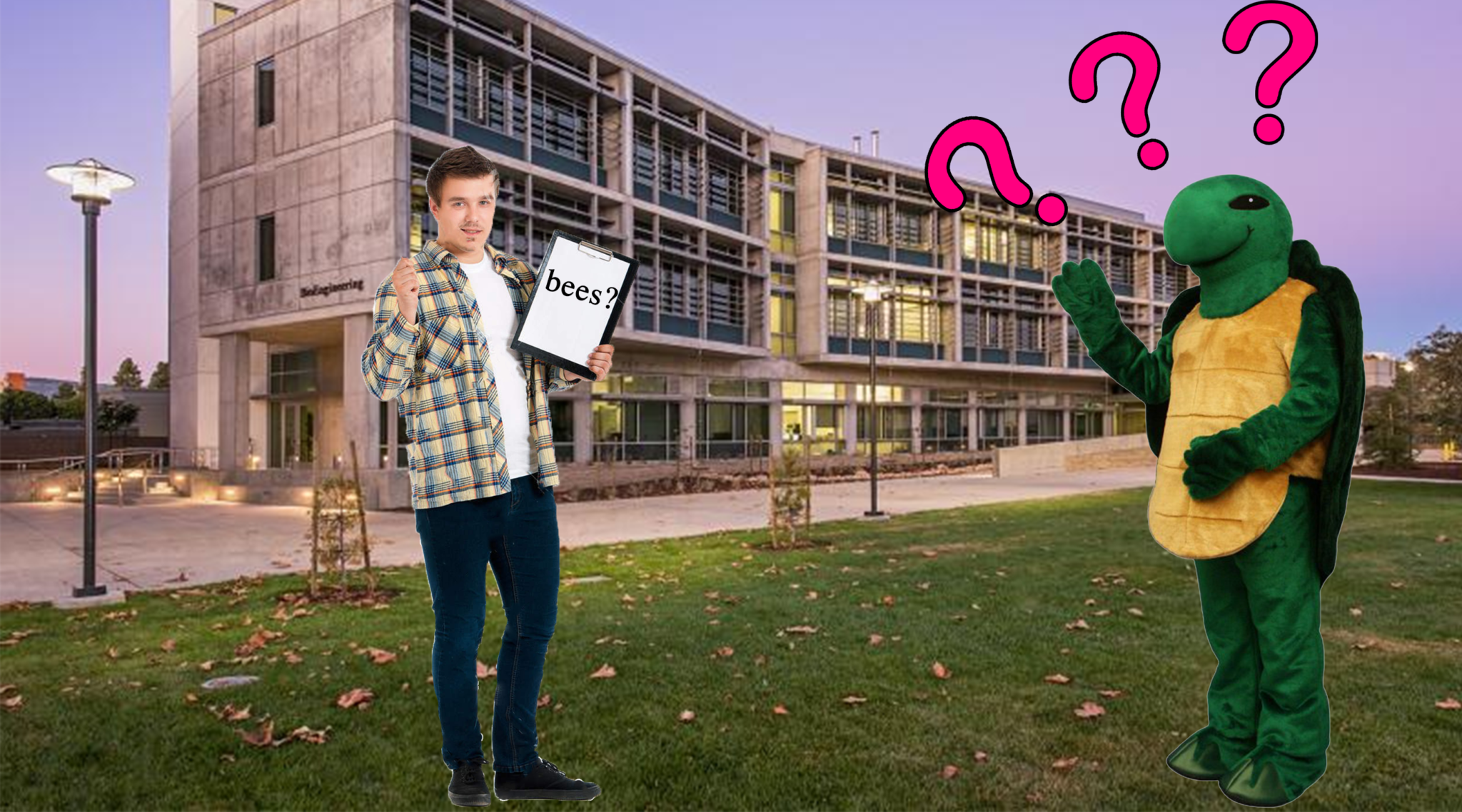 UCSB’s entire campus has been left reeling this week following the shocking discovery that CALPIRG’s turtle mascot has actually been a tortoise this whole time.

“I truly don’t know what to believe anymore,” student Erin Dewey sighed. “After such a fundamental truth in my life has ended up being a hoax, it’s hard to believe anything is real.”

The mascot for the plastic-free seas campaign was exposed last week when, during CALPIRG’s notorious quarterly pledge drive, aquatic biology major Marina Bile took a second to examine the “turtle.”

“I just saw the chelonian and thought, ‘Turtles are water-dwelling, what’s this one doing on land?’ Then it hit me. The bent legs, the absolute size of it –– that’s not a turtle at all.” Bile elaborated with an important detail: “Turtles usually have webbed feet with claws, but this mascot clearly had Nike socks with Skechers. Dead giveaway.”

It seems that a large part of why the tortoise has gone so long without being discovered is due to everyone’s basic human instinct to avoid CALPIRG pledgers at all costs. However, this doesn’t account for the impersonator fooling its peers; even CALPIRG’s own Cristina Gomez admitted that she had no idea.

“To think, I’ve spent years canvassing and tabling side by side with this … this tortoise!” Gomez scoffed in disgust. “I don’t even know who he is.”