The Daily Nexus
News
UCSB Student Advocates For the Replacement of European Traditions Requirement
February 27, 2020 at 12:09 am by Arturo Martinez Rivera 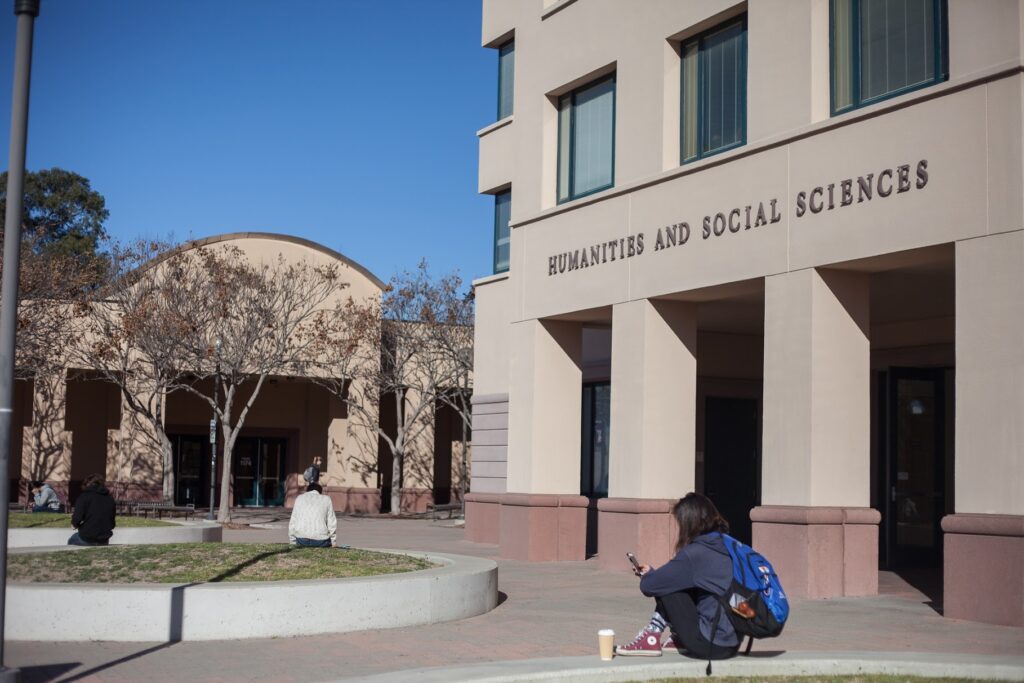 There are various paths a proposal would have to take before being considered for implementation. Lianna Nakashima / Daily Nexus

Now, Ciara Thrower, a third-year environmental studies major, is authoring a proposal to present to the UCSB Academic Senate that would dissolve the requirement and merge it into the World Cultures requirement, after she gained the unanimous support of the Associated Students (A.S.) Senate last week.

Thrower said that the European Traditions requirement has a “bad connotation” and has bothered her since her freshman year, as she believes many classes outside the requirement are often Eurocentric.

“I’ve been looking into [the European Traditions requirement] more and a lot of schools across the country are getting rid of their requirement,” Thrower said in an interview with the Nexus. “And then we’re the only UC that has a requirement like that.”

Along with having the general A-E requirements, UCSB also has two requirements in the context of European history under Special Subject Area requirements: the European Traditions requirement and the World Cultures requirement, which includes classes with a focus on “one or more culture outside of the European tradition.”

The European Traditions requirement, defined as any class pertaining to “early and/or modern European cultures and their significance in world affairs” has been in place since the 80s, according to Harold Marcuse, a German history professor in the history department at UCSB.

According to Marcuse, the requirement was born out of the World Wars and got a boost by the subsequent Cold War, which was enough to solidify the requirement’s place at the time.

Marcuse, who is assisting Thrower in forming the Academic Senate proposal, had pushed to remove the requirement in 2002. According to Marcuse, the current Area E requirement, known as Culture and Thought, was initially split into two sections —  E1 and E2 — one of which was the Western Civilizations requirement, which he called “outdated.”

“One of the recommendations that we had was to completely get rid of that requirement, but there was a fair amount of resistance from a few departments,” Marcuse said.

“Now courses tend to really fill up no matter what. But back then some departments really lived from student enrollments in the courses they offered that fulfilled that area requirement.”

In order to maintain enrollment in those classes, Marcuse said that the Western Civilizations requirement was converted into an add-on requirement, now known as the European Traditions requirement, while redefining and updating the various other general education categories and requirements.

There were also suggestions for an LGBTQ+ and interdisciplinary studies requirements, but both of them failed out of departments’ desire to keep the general education requirements as is, Marcuse added.

In order to change the requirement, Marcuse said there are various paths a proposal would have to take before being considered for implementation. After going through multiple committees — such as the Committee on Courses and General Education, the Academic Senate and the faculty executive committee — the proposal would have to be vetted by the registrar to determine if it can be implemented, according to Marcuse.

After receiving feedback from faculty and administration, the proposal would go into a vote in the faculty legislature, a body that encompasses tenured faculty and representatives from the Academic Senate and has the final say on it, according to Marcuse.

For Thrower, however, the first step was garnering support from student organizations on campus, including a resolution through the A.S. Senate.

The resolution, titled “A Resolution To Abandon the European Traditions Requirement,” was authored by Off-Campus Senators Kimia Hadidi and Adalis Rojas and passed at the Feb. 19 Senate meeting. However, the resolution supports abandoning the requirement, which is separate from Thrower’s proposal.

According to Hadidi, a bulk of high school history already revolves around Europe — a redundancy with the European Traditions requirement.

“If we do want to learn about other cultures, we should have that option to do it,” she said, “as opposed to just having a European Traditions where it’s one class, [and] in a World Cultures where it’s another, why not combine the two?” she said.

After gaining the Senate’s approval, Thrower said her next step is to present her proposal to the UCSB Academic Senate on March 12 and focus on other universities across the country who have abandoned their versions of the requirements in favor of a more holistic education.

No I think yall contributed the holocaust right?

“There were also suggestions for an LGBTQ+ and interdisciplinary studies requirements” – Because LGBTQ+ has contributed more to where we are currently that western civ? I mean, LOL.

The Greeks and Roman’s were gay as fuck, I’m surprised there isn’t more interest in the European traditions on the part of the LGBT community. Pretty sure we even have a couple classes on that aspect of their culture…

Leftists never cease to amuse me. I learned how to debate them during my time at UCSB.

Don’t use facts, they call you a fascist if you use facts.

“We forgot our roots before and trust me, things they fell apart” – Mac Miller

You do realize the classes on european stuff will still be taught it just wont be required right?

You do realize they’re not trying to get rid of European traditions classes, they’re trying to abandon the requirement right?