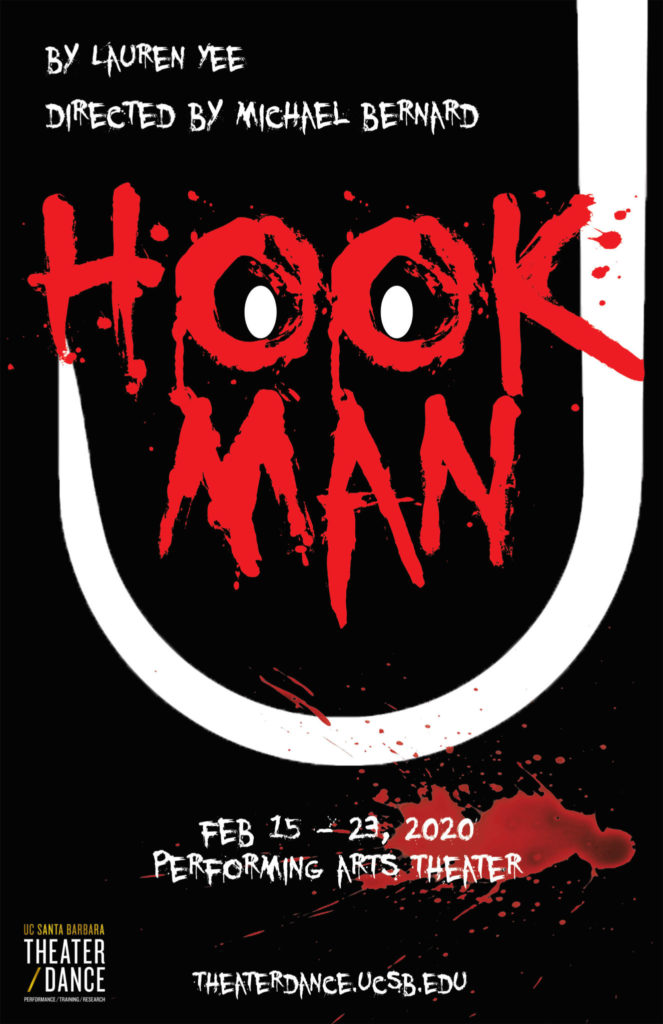 This past weekend, the UC Santa Barbara Department of Theater and Dance gave an exciting performance of “Hookman,” bringing the 2012 slasher comedy to life in the Performing Arts Theater.

The production was an interesting challenge for Theater and Dance to tackle, combining both humor and gore. Prior to its first showing on Saturday, director Michael Bernard expressed his optimism for the play’s reception, stating that he was “very excited about the way the play mixes comedy and horror. It’s full of surprises and is able to take on some pretty heavy issues in a way that is unexpected and refreshing.”

Indeed, “Hookman” is a play full of surprises. When Lexi, a lonely college freshman, travels back home to California for the holidays, she witnesses the death of her best friend, Jess, who dies in the passenger seat of her car during a fatal accident. Following this tragedy, Lexi returns to college in a state of grief, perturbed by Jess’s death — especially after she starts receiving threatening messages from a man who has a hook for a hand. (“It’s Hookman!” Lexi exclaims.)

From the very first act, “Hookman” is brimming with intensity, unafraid to broach dark topics and illustrate horrific scenes to the viewer. Lexi is not only in the grips of losing her best friend; she is haunted by her past in a way that makes the production dreadful to watch – and at the same time, all the more thrilling. The play’s impressive use of props, stage direction and music add to this effect, chilling the audience from the moment they are initially seated.

In fact, the spookiness of “Hookman” is so pronounced, it at times detracts from the emotional impact of the play. While the horror elements of “Hookman” are incredibly gripping, some of the logistics are left unexplained to the audience, distracting from Lexi’s transformation as the play develops. The audience can only wonder: Who is Hookman? Is he a figure of Lexi’s imagination? And why is he so motivated to haunt Lexi in the first place? The play refuses to give a clear answer. 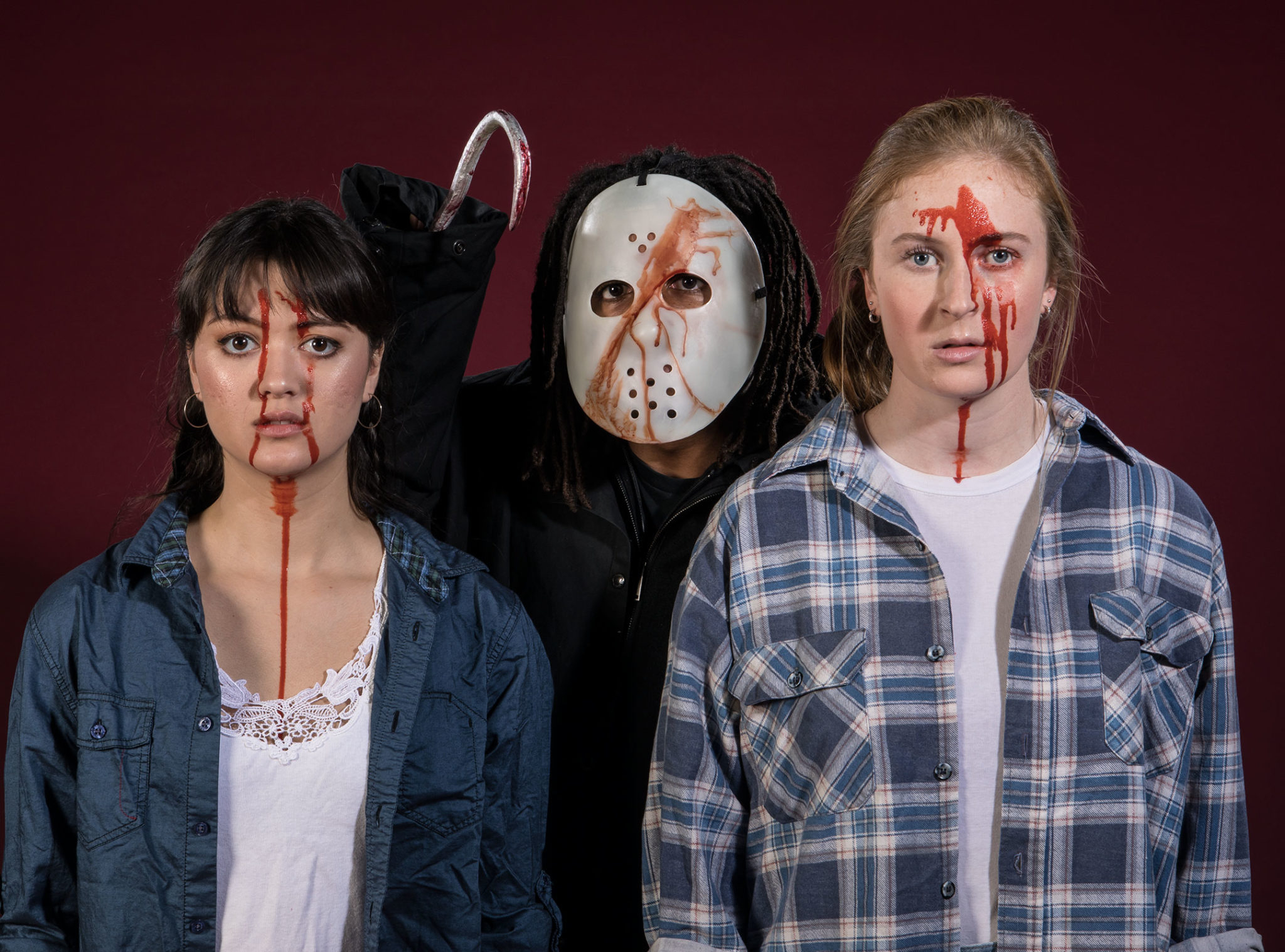 These unanswered questions are initially puzzling, then frustrating for the viewer, particularly when one of the characters, Chloe, delivers a bizarre closing monologue to the audience. “I think the end is that we all die,” Chloe says, without much context. “That’s always the end, right?” Then, laughing maniacally, she skips off to the left stage.

While chilling, moments like these often go unexplained in “Hookman,” undermining the play’s exploration of loss, life and our relationships with one another.

Despite these loose ends, “Hookman” nonetheless proved to be a stunning performance, supported with a small but superb team of actors. Characters Yoonji (Gloria Huang) and Chloe (Ryan Hollon) are hilarious, embodying the stereotypes that are often associated with college students. Lexi (Blake Thompson) and Jess (Kat Cleeve) are also fabulous, reminding us all of the difficult emotions that often come with friendship: grief, bereavement and loneliness. The cast offers a raw portrayal of what it is like to be young, in college and on your own for the first time, reminding me of everything I felt when I was a freshman.

Theater and Dance’s next production, Molière’s “Tartuffe,” will be performed in the Hatlen Theater from Feb. 27-29 and March 5-7. As always, pre-sale tickets will be sold for $13 for UCSB students and faculty and $17 for general admission.