The Daily Nexus
Sports
New-Look UCSB Baseball Ready For First Series Under New Lights
February 20, 2020 at 10:23 am by Nick DiPierro 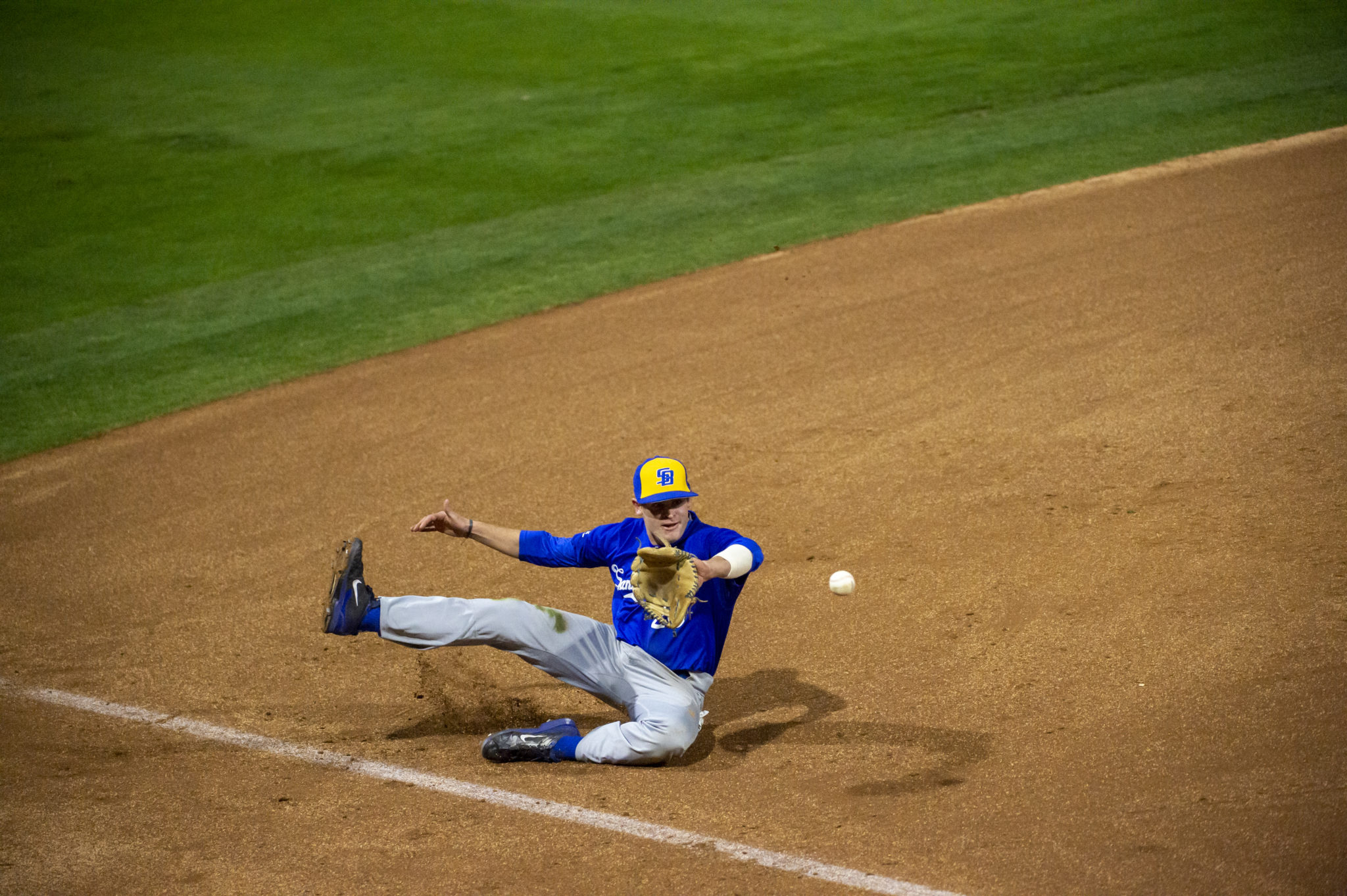 And we’re back! It was a long off-season, one which featured the departures of thirteen Gauchos — just before the brand new lights of Caesar Uyesaka Stadium shone on grass that was once the home of Cleveland Indians starting pitcher Shane Bieber, whose rise to the top of the game has since coincided quite nicely.

Of the five seniors UCSB waved off, Kevin Chandler and Alex Patterson were the pitchers. Chandler had already spent his first two years of college ball with the Gauchos before Patterson made the switch from San Joaquin Delta College. They pitched a combined 154.1 innings for UCSB.

Outfielders Tevin Mitchell and Michael McAdoo are joined alongside catcher Thomas Rowan as the position players who have left their space for the next wave of exciting talent.

Mitchell and Rowan are both currently playing for the Gulf Coast League (GCL) Marlins, a rookie-level affiliate of the Miami Marlins.

With five seniors gone, that leaves eight, who are all playing professional baseball.

Jack Dashwood, Eric Yang and Tommy Jew all chose red.Dashwood is with the Angels, Yang is with the Reds and Jew is learning the Cardinal Way, out in a town just blistering with excitement after Jordan Binnington’s masterful run with the Blues for St Louis’ first cup. And they’re known as a baseball town too, so it’ll be nice to see him coming up in a great system with a great fanbase.

Andrew Martinez, Ben Brecht and Shea Barry make up the rest of our Gauchos who have not only said goodbye to UCSB, but to California (for now at least). Martinez is with the Orioles, facing off against Mitchell and Rowan in the GCL. Ben Brecht is with Tampa Bay, playing in Hudson Valley while Shea Barry brought his ball to Houston.

And finally, the locals. Chris Lincoln got picked up by the new-look San Diego Padres, who seem to have built the perfect farm system years into A.J. Preller’s reign as general manager. They look capable of providing a great network and system for Lincoln to thrive in. Armani Smith drove up the 101 just like he’s done the past two years, a native of Martinez, California. He’s playing for his hometown Giants.And Shane Bieber’s an all-star!

So here we are, past the introduction.

The season is officially underway as UCSB has since wrapped up a three-game series last Sunday at Sacramento State 2-1, batting a measly .181 over the entire series. They returned home Monday for the debut of Caesar Uyesaka Stadium’s brand new lights. It was the first night game in program history.

And their bats were sizzling as they rattled off a .447 clip at the plate to give them a 17-7 win over Cal in a one-off series.

With the break just about done, UCSB will host their first home series of the season as Abilene Christian University comes to town this weekend.

The Wildcats hosted Utah Valley for a four-game series in which the Wildcats swept them 27-9 overall. They then hit the road for a one-off against TCU in which they lost 4-14.

It’ll be an interesting series to say the least.

The Friday and Saturday evening games will start at 5:30 p.m. and 4 p.m., respectively. Sunday’s match is set for noon, under what will hopefully be a clear sky after Saturday’s current rain projection.