The Daily Nexus
Nexustentialism
It's satire, stupid.
Hall Rules Clearly Based on Hammurabi’s Code
February 20, 2020 at 4:20 pm by Stuart Yaeger 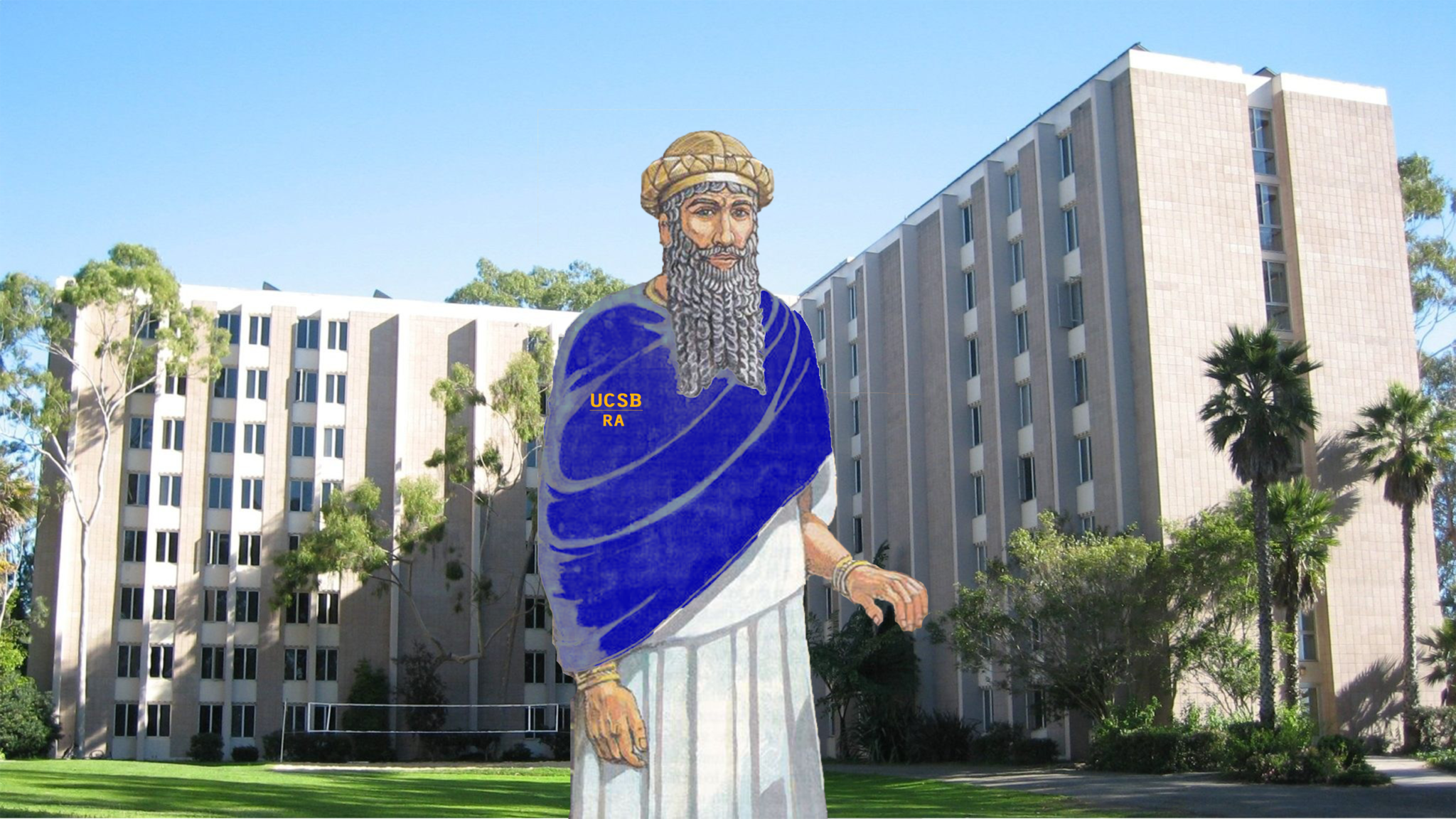 FT’s 12th-floor bulletin board was recently replaced with a pair of massive clay tablets, into which the new floor rules have been hand-chiseled. These new rules, as well as their method of proclamation, seem to be loosely plagiarized from the Code of Hammurabi, an ancient Babylonian code of law, written between 1792 and 1750 B.C.

“If anyone leaves their clothes in the laundry past the time required to wash said clothes, then that person shall be dragged behind a car down the entire length of Del Playa Drive,” touts just one of the many controversial hall rules added to 12th floor of Santa Catalina Hall.

“This is utterly ridiculous. I recently discovered my inner worth and can tell you with certainty that living in the past is toxic and harmful,” claimed Jackson Hiduke, Santa Catalina resident. “This is, like, totally not vibey. Any noise after 10 p.m. means we get our ears removed! That’s like, so not hype!”

Hiduke is just one of many people complaining about the rule change, which followed the replacement of previous RA, Zachary Troutman, with the new RA, Nur-Ishtar.

“Living in the past” is not the only accusation that has been leveled against Nur-Ishtar. Reports of “inappropriate” activities include allegations of chariot racing and gladiatorial brawls.

“Those aren’t even Mesopotamian,” claimed Hiduke. But that did not stop Nur-Ishtar, who threw Hiduke into a pit to fight approximately 20 raccoons. The raccoons won.

Nexustentialism contacted the resident director of FT, Willie Doozy, who said that Nur-Ishtar is “not [his] fucking problem, just kick his ass or some shit homie. Don’t be a fucking simp dumbass. Idiot bitch. This is New Jersey, we don’t take shit lying down. I respect he who respects himself.”

When asked to clarify, Doozy told us to “learn some basic geometry so you know what the fuck I’m talking about. I got a meeting and no time to talk to you shitheads,” before throwing a stapler at us.

At this time, all advice that can be given by these reporters is to stay away from FT. If you live there, good luck and make sure you keep your chariot license on hand.

Stuart “Fat Meat” Yeager went to FT once and they took both of his arms.