The Daily Nexus
Society & Psychology
A Rooted Conversation About Hair
February 20, 2020 at 8:00 am by Surya Pugal

The conversation about natural hair in the African American community has been a hard one, riddled with misconceptions that lend to discriminatory practices both within and outside of the workplace. 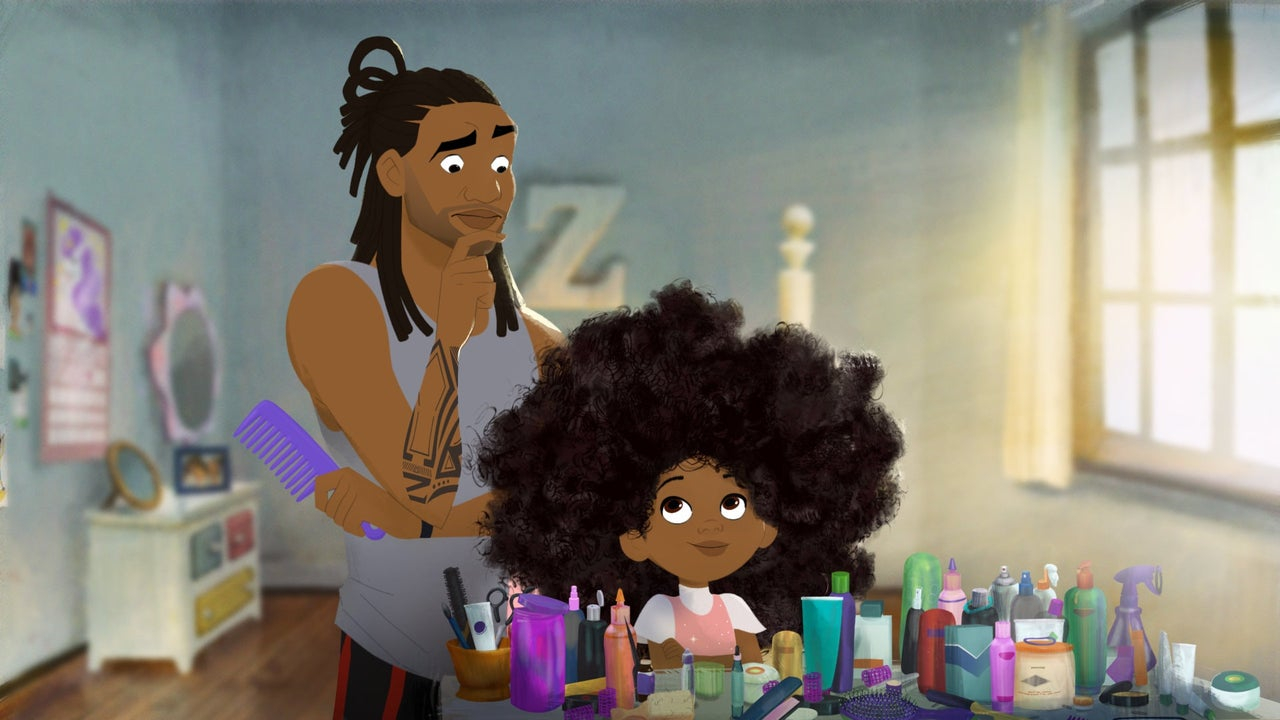 “‘Hair Love’ was done because we wanted to see more representation in animation. We wanted to normalize Black hair,” Matthew Cherry said during his acceptance speech at the Academy Awards. Cherry also urged passing the C.R.O.W.N. Act in all 50 states. Courtesy of Sony Pictures Animation

Kimika Hudson, a reporter from the Huffington Post, outlines this lack of conversation about hair in her article, “The Missing Education on Black Hair,” and attempts to shed light on an overshadowed issue. Hudson points out how certain hairstyles predominant within the African American community consist of a wide variety of curl textures and, as a result, “styling tools such as combs and brushes” induce hair breakage. Low sebum, which is a naturally occurring oily substance which aids in the moisturization and protection of hair, also contributes to this. As a result of this, Hudson underscores how Afro-textured hair does not benefit from frequent washing, as this removes natural oils within the hair, which significantly weakens hair fibers.

According to a 2015 study published in the Brazilian journal Anais Brasileiros de Dermatologia, “fluids like water and sebum do not distribute themselves completely evenly along the hair strands, reducing the water loss capacity.” This can be attributed to the specific “spiral structure” which accompanies Afro-textured hair, which also plays a role in making said hair more susceptible to chemical and physical damage. The study posits genetics as one of several factors that could play a role in the structure and characteristics for Afro-textured hair.

In fact, Lorna Jones, a trichologist and writer for gal-dem, a magazine produced by women and non-binary people of color, underscores that only now is the role that genetics plays in the structure of hair and the scalp “beginning to be understood.” Jones highlights how the recent discovery of PADI3 (a gene linked to permanent hair loss among women of color) by Ncoza Dlova, a professor at the University of KwaZulu-Natal’s School of Clinical Medicine, may be a starting point and indicator of change for things to come.

Certain hairstyles, such as dreadlocks and braids, are commonly worn as they help to preserve the texture of hair, prevent hair follicles from weathering and serve as alternatives to existing chemical straightening and heat-straightening practices, which can create significant damage to hair particles, according to Hudson. However, these hairstyles are being banned within school and work environments, largely due to a lack of awareness about differences in hair texture.

As A.B. Wilkinson, a reporter from The Atlantic, points out, legal cases that have backed the hairstyle ban can be attributed to “relying on some well-established legal precedents as well as some outdated notions of race.” A clear-cut example of this is the case of EEOC v. Catastrophe Management Solutions (CMS), where Chastity Jones was denied acceptance for a job at a customer service representative at a call center explicitly because of her dreadlocks. Ultimately, the Court of Appeals unanimously ruled in favor of CMS, resulting in the EEOC seeking to petition their case to the Supreme Court. However, the Supreme Court decided not to review the lawsuit.

Only recently has discussion about Afro-textured hair taken center stage. In the past few decades, the natural hair movement has gained momentum. In recent memory, celebrities such as Lupita Nyong’o, Janelle Monáe and Viola Davis took part to help increase discourse about the issue, encouraging people of color to embrace their natural hair and promoting overall acceptance.

Another signal that Afro-textured hair is gaining media traction can be found in the film, “Hair Love,” which features an African American father assisting his 7-year-old daughter in styling her hair. The film won Best Animated Short Film in this year’s Academy Awards ceremony, shedding light on the struggles that go into taking care of natural hair.

As a result of the recent discourse that has been taking place, the C.R.O.W.N. (Creating a Respectful and Open World for Natural Hair) Act has been passed in three states, ruling that discrimination on the basis of hairstyle unfairly targets people of color. Despite this, there is much to be done about spreading awareness about Afro-textured hair and only through increased conversation can this be achieved.