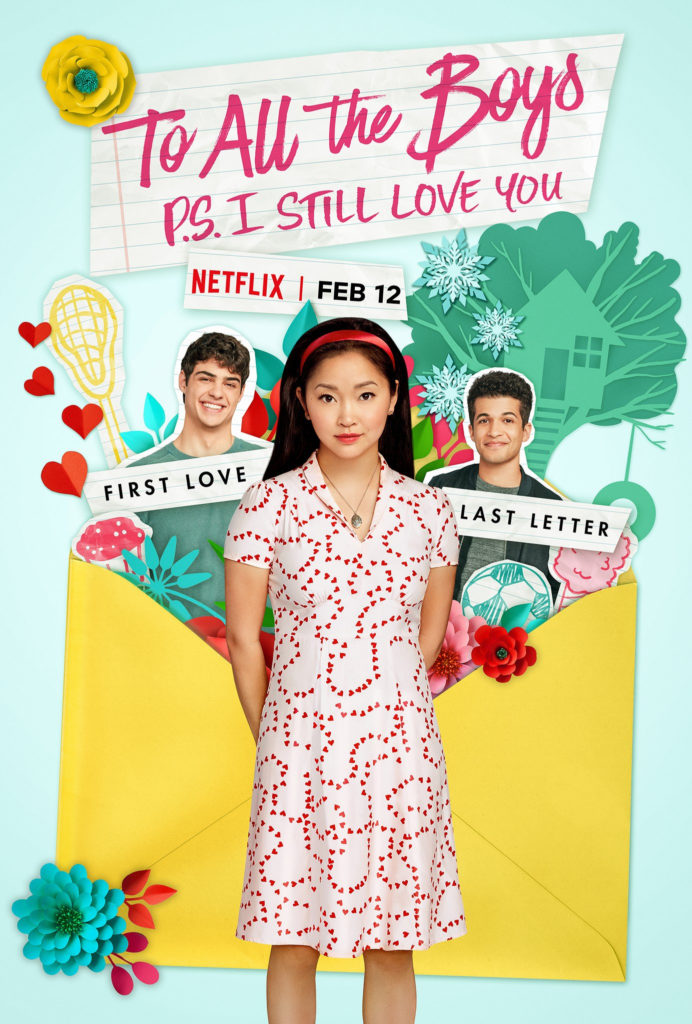 I remember picking up a book that sounded like it would be an interesting read on my road trip move to California, needing something to cure my boredom: the book was “To All the Boys I’ve Loved Before” by Jenny Han. Little did I know that throughout the long 8-hour driving days, I wouldn’t be able to peel my eyes away from the story. I, along with the rest of the teenage girls of America, felt like I was personally a part of Lara Jean’s romantic quest.

I watched the first movie in an Airbnb in New Mexico, feeling somewhat fulfilled by the film adaptation and charmed enough to feel content. While the movie left out a lot of key elements from the novel, I still was hopeful and excited for the sequel.

I read “P.S. I Still Love You” recently this past holiday season, loving it even more than the first book for all its plot twists and lasting hopeless romanticism of one of my favorite main characters of all time, Lara Jean. I fittingly watched the movie in my bed on Valentine’s Day, again hopeful that it would live up to the book’s rollercoaster of emotions.

Lara Jean (Lana Condor) and Peter (Noah Centineo) are in the lusty beginnings of their relationship as the story begins: going on their first date, first family dinner, etc. Quickly, Lara Jean and Peter realize the presence of outside influences on their relationship — which bring a few threats to their happiness as a couple. One of these threats happens to be Peter’s ex-girlfriend Gen; the other being the re-appearance of Lara Jean’s middle-school crush and letter-receiver John Ambrose McClaren (Jordan Fisher) back into her life. Lara Jean faces an inner conflict throughout the story, weighing whether to stay in her relationship with Peter or embark upon a new romantic conquest with John Ambrose. John Ambrose’s personality serves as the utter opposite of Peter’s, posing a substantial disruption to Lara Jean’s romance with Peter. 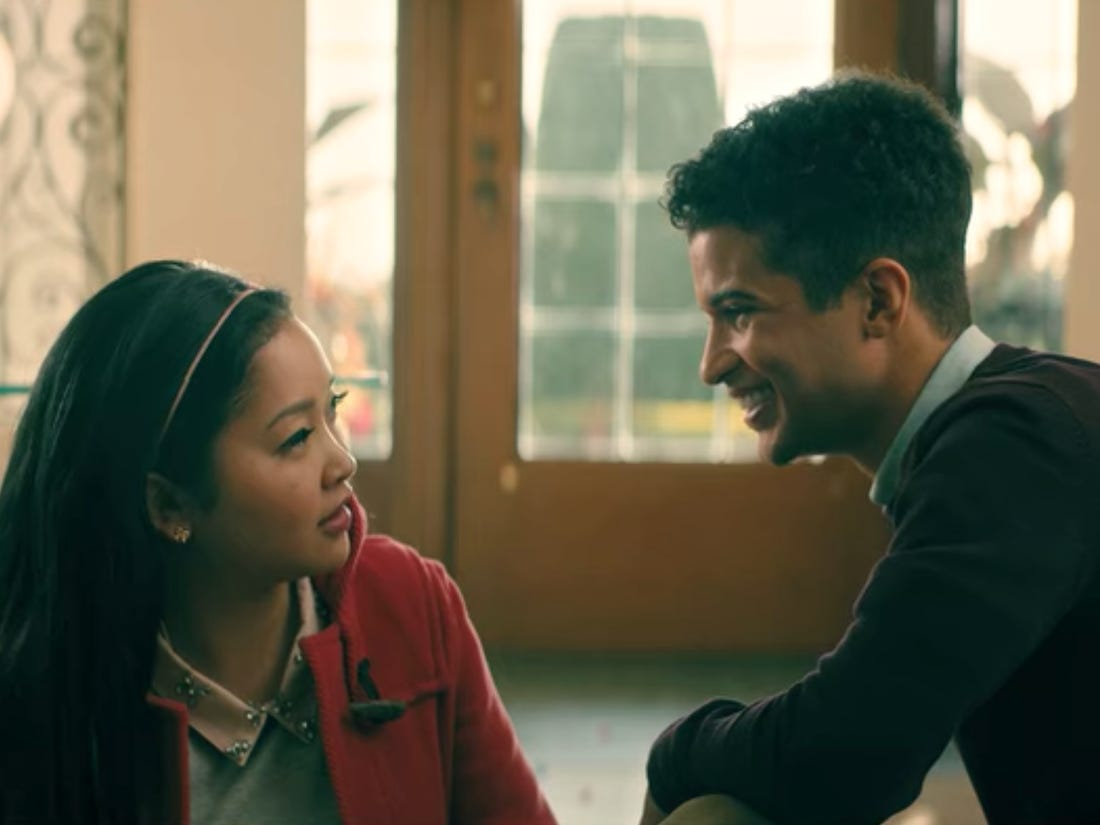 Lara Jean (Lana Condor) and John Ambrose McClaren (Jordan Fisher) in “To All the Boys: P.S. I Still Love You.” Courtesy of Insider

Actor Fisher’s entrance into the “To All the Boys” universe was a smart decision for the film franchise, as his portrayal of John Ambrose adds even more charm to the rom-com and adeptly convinces audiences why Lara Jean’s feelings began to resurface for her middle-school love interest in the first place. Similarly, the performance of Lana Condor alone keeps the film afloat, as her indecisive but genuine nature in the film helps develop her rightful portrayal of Lara Jean.

Despite this, Peter and Lara Jean’s relationship seems more strained in the movie than romantic, giving viewers a little less charm from Centineo than previously used to. Peter and Lara’s chemistry is what drew a lot of viewer attention from the first movie, this same chemistry somewhat lacking screen time in the sequel. This not only left me questioning why she chose Peter to be with in the end, but a lot of the Twitter universe as well. The “P.S. I Still Love You” movie crafts the story in a way that makes John Ambrose seem like the rightful romantic choice in a drastically more obvious matter than in the book. This discrepancy is due to a lot more open-ended dialogue and interaction between Peter and Lara Jean being left out in the transition from book to film. 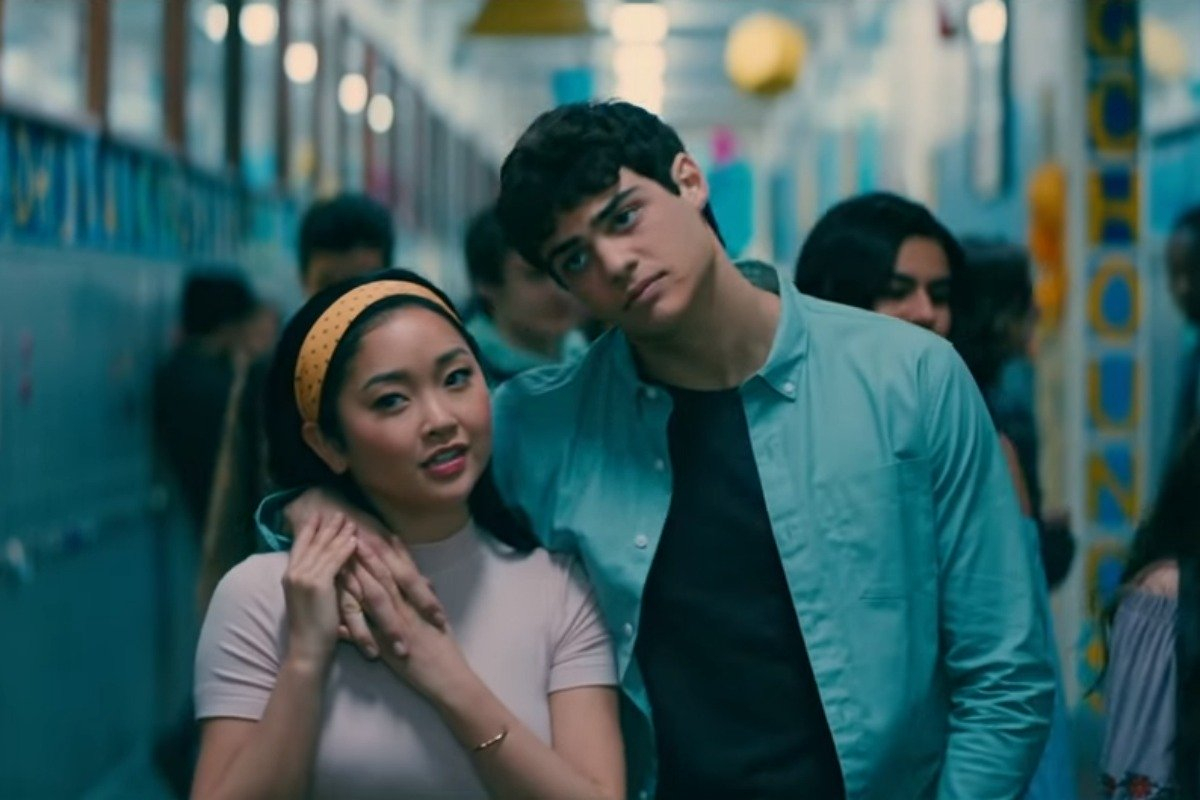 Lara Jean (Lana Condor) and Peter Kavinsky (Noah Centineo) in “To All the Boys: P.S. I Still Love You.” Courtesy of Mamamia

Additionally, one of the main plot points of the book, where the characters return to the treehouse and decide to play a game of Assassins, is left out completely in the film adaptation. This game was an essential piece not only to the slow build of conflict between Peter and Lara Jean, but also one of the main ways in which she grows closer to John Ambrose. Lara Jean’s decision to choose Peter in the movie was one that was almost immediate after she kissed John Ambrose, a heavy alteration from the book where Lara Jean deliberates who she will choose for a steady amount of time after the kiss. Because of this, the ending seemed overwhelmingly rushed to deliver a happy finish.

Despite wanting to see the film add more elements of the novel to give the plot more nuance in whole, the entertaining journey of the movie adaptation of “P.S. I Still Love You” stays satisfactory in that it is sequentially about trying to make Lara Jean’s relationship with Peter work, despite her doubts and insecurities. Lara Jean’s ending commitment to Peter shows her growth in character and maturity in her first relationship. While overall it may seem confusing to viewers that she didn’t choose John Ambrose, the message is about making a difficult but worthwhile decision to make a relationship work with someone you fell in love with in the first place — a message that a lot of young viewers can relate to.