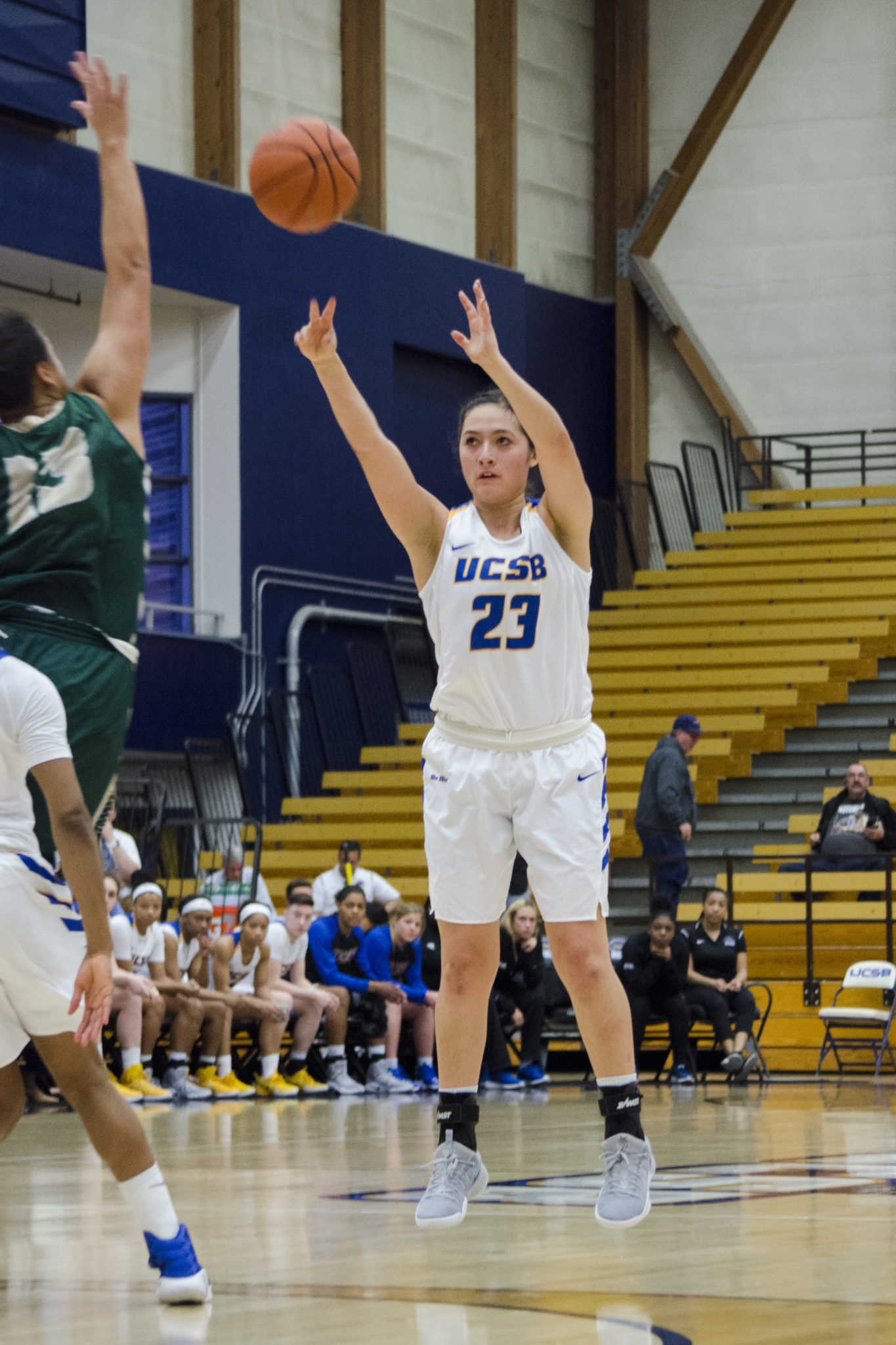 For the UC Santa Barbara women’s basketball team, every conference game is of the utmost importance.

This week, however, that statement is especially pertinent, as the sixth-place Gauchos travel down to Southern California to take on third-place Long Beach State (LBSU) and fifth-place Cal State Northridge (CSUN) in two crucial conference matchups.

Still, Head Coach Bonnie Henrickson and the team will not merely settle for improvement. On Saturday, UCSB showed that it still needs to find more consistency if it hopes to compete with the elite teams in the Big West. After a 20-point first quarter against second-place Hawai’i, the ‘Chos offense came to a complete halt, with the team only scoring 31 points the rest of the game.

With two difficult road matchups on tap this week, UCSB will need to be locked in for 80 minutes straight if the team hopes to maneuver its way up to third place in the conference.

On Thursday, Santa Barbara will take on Long Beach State (10-12, 5-4), a team that has struggled as of late after storming out of the gate to begin conference play. The 49ers have lost their last two conference games by an average of 22 points, with the team only averaging 42.5 points per game in those road losses.

In their last game — a 61-41 blowout loss to Cal Poly — the 49ers were in large part let down by their free-throw shooting, with the team shooting 4-13 from the line on the night. In addition, Shanaijah Davison — a junior guard who leads the team with 13.4 points per game — was held scoreless during that game, going 0-9 from the floor on the night.

If UCSB are to knock off LBSU, the Gauchos will need yet another big game from freshman center Ila Lane. One area Long Beach struggles with is on the boards, with the team usually getting outrebounded by more than 9 rebounds per game. Last week, Lane alone averaged 17.5 rebounds per game; with no 49er player averaging more than 5.7 rebounds per game, Lane should once again feast on Thursday.

However, in front of their home crowd, the 49ers will undoubtedly put up a strong fight. LBSU is a far better home team than road team, with a solid 6-3 record at home this season vs 2-9 on the road.

In addition, Long Beach makes up for its lack of size by creating extra possessions on the defensive end. LBSU forces almost 21 turnovers a game — a staggering number— while only turning the ball over about 14 times per game. UCSB’s guards — namely senior Coco Miller and junior Danae Miller — will need to take care of the ball if the Gauchos hope to steal a road victory.

“They have tremendous athletes on the ball and in the passing lanes,” Henrickson said. “We need to make sure we stay aggressive while also staying disciplined on offense.”

On Saturday, things won’t get any easier for the ‘Chos when they travel to Northridge for a matchup against fifth-place CSUN (9-13, 4-4). The Matadors have also struggled as of late, dropping their last three games. Still, Northridge has proven in the past that they can hang with any team in the conference — punctuated by their 58-54 victory over Hawai’i earlier this season.

Much of UCSB’s success on Saturday will come down to its ability to limit De’Jionae Calloway. A redshirt senior, Calloway has dominated the interior all season, averaging 14.1points per game and 8.1 rebounds per game despite standing at only 6 feet.

One of the keys for UCSB in that game will be Lane staying out of foul trouble while guarding Calloway in the paint. With Northridge lacking in size as a team, Lane should have another dominant performance if she can stay on the floor.

UCSB will take on LBSU on Thursday at 7 p.m. at the Pyramid, before traveling down to Northridge and taking on CSUN at 7 p.m. on Saturday.