The Daily Nexus
Sign of the Times
The First Amendment Isn’t a Free Pass To Discriminate
February 9, 2020 at 6:00 am by Justin Tran

On June 27, 1989, President George H. W. Bush stated that “flag burning is wrong … burning the flag goes too far and I want to see that matter remedied.” He added that “support for the First Amendment need not extend to desecration of the American flag.” These quotes by former President Bush refer to the Texas v. Johnson Supreme Court case that ruled that flag burning was a protected act of speech under the First Amendment of the United States Constitution.

The controversial 5-4 ruling by the Supreme Court demonstrates a fundamental cornerstone of American government as specified by the First Amendment: the importance of freedom. Although the concept of freedom under the First Amendment may sound universally appealing, its power has been misconstrued, used to discriminate and infringe on the rights of others. Especially in the current Trump era, I’ve seen an increase in claims of anti-conservative and anti-religious oppression. Contrary to some naysayers, the First Amendment does have its limitations and does not act as a free pass to discriminate against others. 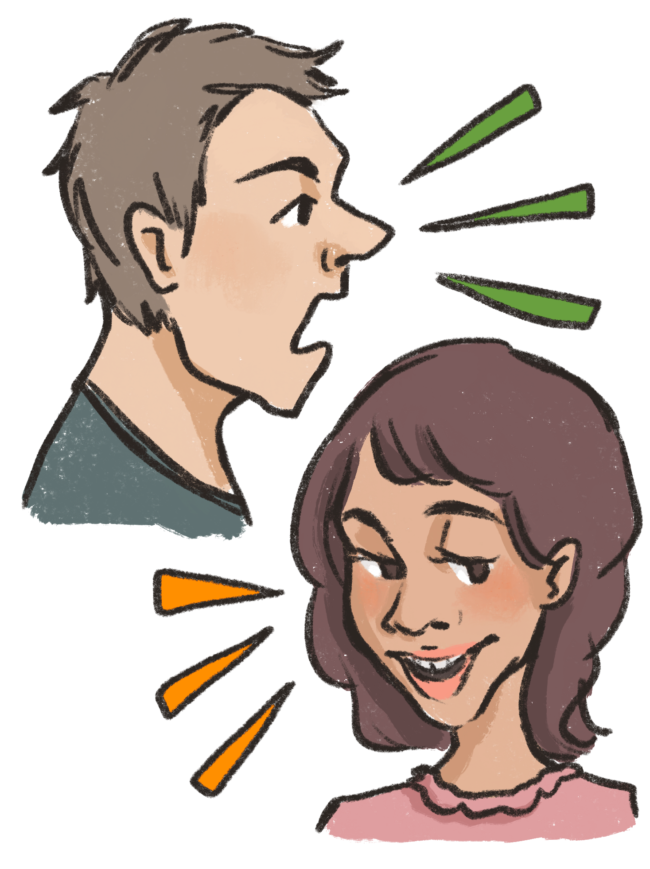 The First Amendment is a part of the Bill of Rights, the first 10 amendments of the Constitution. The First Amendment, along with the subsequent nine amendments, were added to the Constitution not only as a compromise to get the Constitution ratified but also to safeguard individuals’ liberties from a tyrannical government. The official amendment in the founding document states: “Congress shall make no law respecting an establishment of religion, or prohibiting the free exercise thereof; or abridging the freedom of speech, or of the press; or the right of the people peaceably to assemble, and to petition the Government for a redress of grievances.”

Broadly speaking, the First Amendment protects, among other things, five freedoms: the freedom of religion, freedom of speech, freedom of the press, freedom to assemble peacefully and freedom to petition the government.

Although the amendment clearly states that people are protected from Congress abridging those freedoms, there are limitations that have been established through other amendments, court rulings and legislation. To examine the limitations of the First Amendment, inspecting the concept of freedom of speech is a good place to start. The First Amendment does not allow individuals to say whatever they want, whenever they want. The classic example that is often taught in high school settings is the metaphor of “shouting fire in a crowded theater.” Originating from the 1919 Supreme Court case Schenck v. United States, the “clear and present danger” test prohibits the incitement of “imminent lawless action.” Additionally, there are eight other types of speech that are not protected by the First Amendment, including obscenity, solicitations to commit crimes, blackmail, true threats, perjury, child pornography, fighting words and defamation.

While the First Amendment does prevent Congress from limiting one’s freedom of speech, it doesn’t guarantee freedom from consequences — especially from private entities. In the ever-growing age of social media, employers can easily monitor an employee’s behavior off the clock. There have been numerous instances of employees being fired for tweets or public comments they have made. In 2017, Google fired an employee that made a controversial memo that claimed “women had biological issues that prevented them from being as successful as men in tech.” This event demonstrates how the First Amendment’s freedom of speech does not protect citizens from the consequences of expressing their views. Lata Nott, the executive director of the Newseum Institute’s First Amendment Center, makes the point that “it’s the company’s right to discipline their employees’ speech.” This right only applies to private companies, such as in the Google case above. While it may seem like firing an employee over their views infringes on their freedom of speech, the First Amendment has no jurisdiction here.

Although the concept of freedom under the First Amendment may sound universally appealing, its power has been misconstrued, used to discriminate and infringe on the rights of others.

Furthermore, the First Amendment does not protect against being banned on a social media platform. In 2018, Alex Jones, host of the infamous InfoWars, had his Twitter account permanently suspended. This led to criticism from Republicans, including President Donald Trump, that tech companies were attempting to suppress conservatives online. Despite Trump yelling that the United States has freedom of speech, the First Amendment does not protect against this type of action by private companies. The First Amendment prohibits censorship by the government — but not by private organizations. To be clear, I am not arguing about the ethics of censorship; I am making the argument that these companies have a right to bar and add consequences to certain speech. Proclaiming that such actions violate the First Amendment and one’s freedom of speech are inaccurate statements that misconstrue the actual meaning of the amendment.

Another aspect of the First Amendment is the freedom of religion. The amendment states that the government cannot prohibit the free exercise of religion. According to the American Civil Liberties Union, the First Amendment prevents the government from establishing or promoting religion in any way and gives individuals the right to worship or not worship as they choose, without punishment. Although this clause in the First Amendment is important, its intent and actual protections have been misconstrued. Religious freedom does not protect one from infringing on others’ rights. Historically, religious freedom has been used as a guise to discriminate against others before more legal protections were in place. Prior to the civil rights era, racial segregationists justified their actions through scripture and religion. Segregationists argued that black people were inferior to white people, referring to their interpretations of the Bible. This appropriation of the Bible thus legally allowed segregationists to claim that hiring black people would violate their religious beliefs. These legal arguments based on religion would not hold today; however, back then, there were no legal protections for marginalized groups. With the passage of the Civil Rights Act of 1964, there is now official legal framework that denies discrimination on the basis of race, color, religion, sex or national origin.

Historically, religious freedom has been used as a guise to discriminate against others before more legal protections were in place.

In more recent events, the First Amendment’s assurance of religious freedom has been misconstrued by individuals to justify discrimination against marginalized groups; these actions often go against different pieces of federal legislation, turning the words “religious freedom” into a buzzword. For example, in 2015, Kim Davis garnered national notoriety for refusing to issue marriage licenses to same-sex couples, even after the legalization of gay marriage through Obergefell v. Hodges. Despite the legalization, Davis refused to comply and claimed her right to religious freedom by saying that she made the decision “under God’s authority.” This claim is not only misrepresentative of what religious freedom actually is but also uses the buzzword to discriminate. After Davis was forced by the court to issue marriage licenses, she still refused and later was held in contempt of court. Religion is not an inherently discriminatory idea; however, the usage of religious freedom to masquerade discriminatory practices is a misinterpretation of the First Amendment’s religious protections.

Despite the First Amendment being a part of one of the most well-known pieces of American legislation, its actual meaning and applicable situations have been misconstrued and used as a guise to discriminate. The next time an individual proclaims that they have the religious freedom to discriminate against certain patrons or argues that their free speech is being violated when they are banned from a social media platform, double check if they are actually protected under the First Amendment or if they are just throwing around a buzzword.

Justin Tran has the freedom of speech to correct others on their actual First Amendment protections.

“First Amendment … gives individuals the right to worship or not worship as they choose…”. False. It gives individuals the right to “freely exercise” their religion, without prohibition from the government, which is not restricted to “worship”. This is why it gets hairy when there it undoubtedly rubs up against other rights, and the matter ends up in court. You aren’t going to stop these challenges.

But the author took a college course on the subject and is well more versed than the many scholars who dedicate themselves to this singular question.