The Daily Nexus
Nexustentialism
It's satire, stupid.
Student Goes Barefoot as an Attempt To Be Perceived as Interesting
February 9, 2020 at 4:20 pm by Sam Franzini 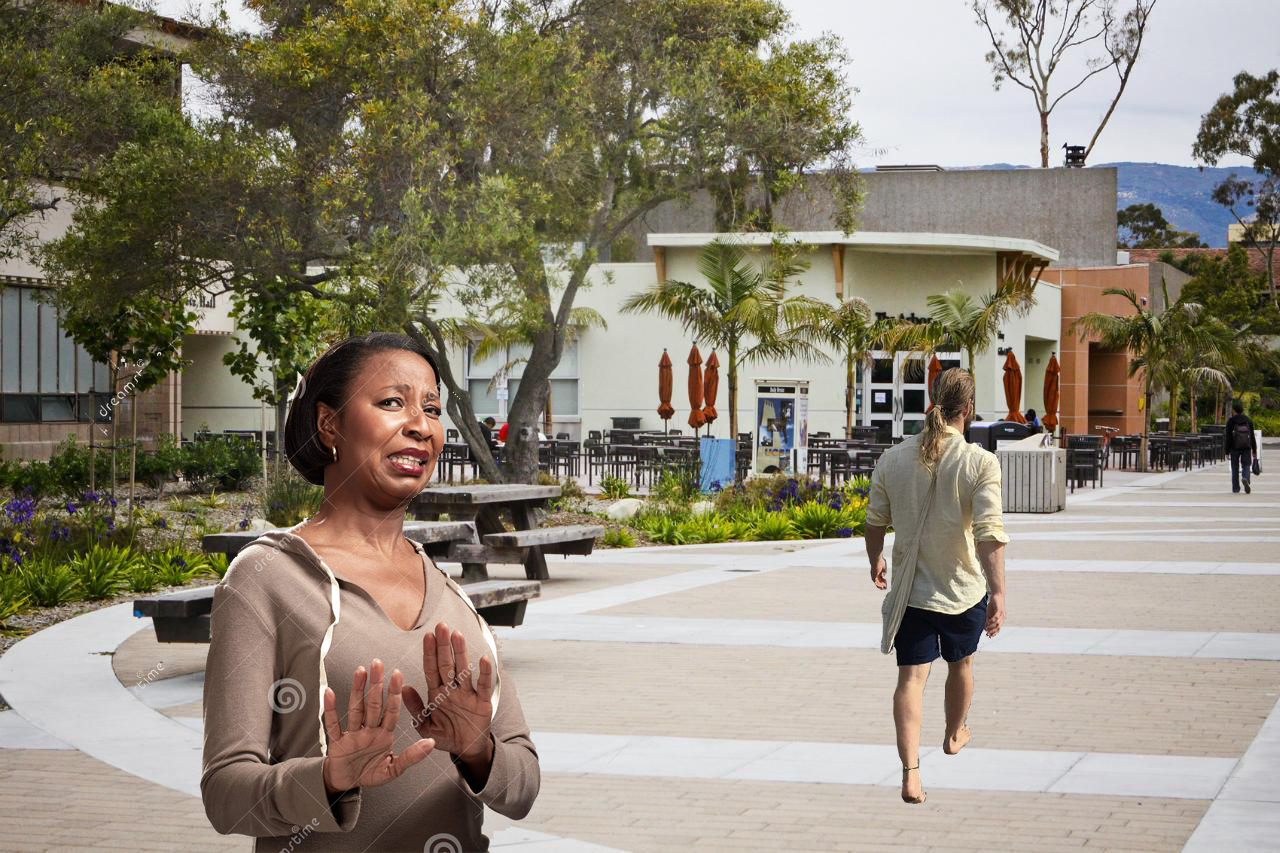 Earlier this week, sophomore Alex Graham decided to mix things up for once and walk around campus barefoot, as if he were a paleolithic caveman roaming the wild prehistoric savannah. According to Graham, this poor decision had nothing to do with becoming closer to nature or strengthening his feet but was solely an attempt to make people look at him and think about how quirky he is.

“I was just tired of being viewed as boring,” Graham told Nexustentialism. “I feel like this is the perfect way to spice up my wardrobe and to make people go, ‘Hey, who’s that guy?’ I really want to turn heads, but not when I step on a rock and stumble and ask if this was actually worth it.”

Graham has implemented this bizarre and unnecessary change for the last two weeks, apparently thinking that doing something so out of the ordinary would fix a problem brought about by his unappealing personality. We reached out to Graham’s mom, Elanor, who had seemingly never taught him the value of being your own person (or the concept of disease), with no comment. We could only assume she might be at a parenting workshop trying to improve her abilities.

Senior Lexie Wilkins had a comment about how Graham chose to live his life, saying, “I think it’s pretty weird. I mean, I don’t go running around all day telling people that I’m interesting and fun to be around. I let my septum ring do that for me.”

Sources say Graham will continue to walk around campus until someone as equally desperate to follow trends and stand out from the ever-homogenous UCSB population walks up to him and compliments his poor choice of hobbies. He has had no luck thus far, but he hopes someone will take the bait soon so that he can finally put on shoes and drop the charade of pretending he’s not disgusted when he steps on a bug, twig or rock.

If things don’t go as expected, Graham’s next meaningless endeavor to draw publicity might include a piercing he’ll regret in two weeks, wearing weed socks or switching to the economics major for a quarter just to say that he did. We’ll have to wait and see.

Sam Franzini is mostly worried about how the people who do this don’t injure their feet.