The Daily Nexus
Opinion
Yes, I’m Watching the Oscars This Year — But Should I Feel Bad About It?
February 6, 2020 at 7:02 am by Katie Caracciolo

This Sunday, Feb. 9, 2020, the world’s attention will once again be held rapt by the glamor and glitz of the 92nd Academy Awards. Or will they? 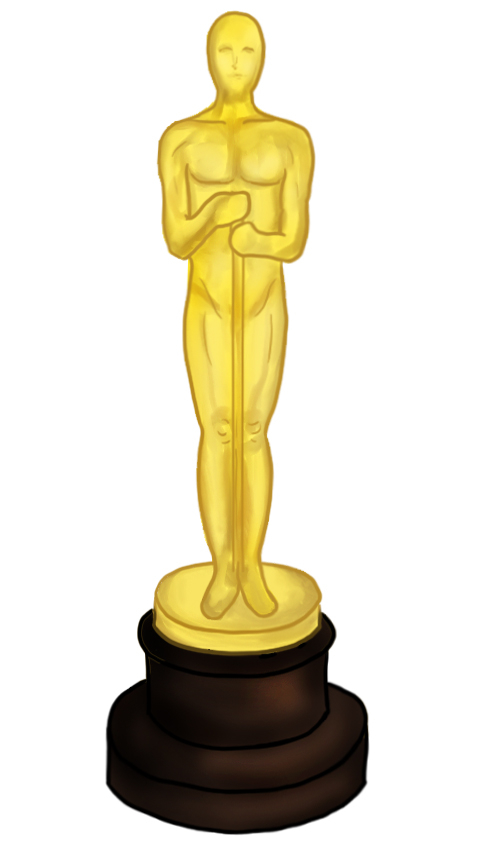 In the age of the #MeToo movement, which first began in Hollywood three years ago, as well as controversies surrounding proposed hosts and the lack of diversity among nominees (see: the ever-trending #OscarsSoWhite), fewer people than ever are tuning in to what is supposed to be a celebration of the greatest achievements in cinema this year.

According to the Los Angeles Times, only 32.9 million viewers in the United States tuned in to the Oscars in 2017, more than a 30% decrease from the 46.3 million viewers it received in 2000. According to the current trend, the numbers for the 2020 Awards will be even lower. For the few of us still watching, we must ask ourselves: Is it even worth it?

The Academy Awards continue to fall short of meeting basic standards of diversity and inclusion. This year’s nominees follow this infamous trend, with the Academy of Motion Picture Arts and Sciences, the strangely exclusive voting board for the Oscars, nominating only men for Best Director (only five women have been nominated for the category in the Oscars’ 92-year history) and only one person of color across all four of the acting categories.

Many attribute this noninclusive batch of nominees to the lack of diversity in the voting pool of the Academy itself, whose average age as of 2014 was 63 years old. This year, a study found that these voters are also mostly male (68%) and overwhelmingly white (84%). In addition, the only way for an individual to join the Academy is to be nominated by two current members, which means in order to have any influence over the Oscars, you must strike the fancy of multiple old white men. This is troubling for reasons that do not need to be explained.

Even when viewers disagree, as we often do, the release of the nomination list always sparks important discussions on representation, equality and diversity in Hollywood and beyond.

In a country that is growing ever more racially diverse (109 counties in the U.S. flipped from majority white to majority nonwhite from 2000 to 2018), this narrow pool of voters simply cannot reflect the ideas and opinions of the average filmgoer, reflecting the divide between the Hollywood elite that control the film industry and the people that they seek to entertain.

As a means of acknowledging this disparity, the Academy has pledged to “double female and minority membership by the end of [this] year.” In each year since the pledge’s announcement in 2016, they have taken steps in that direction by nominating ever-more diverse classes of new members.While this is promising, these new voters do not make up for the huge lack of diversity in the Academy.

In addition, the Academy this year has swapped the dated category of Best Foreign Language Film for Best International Feature Film, claiming that this new title  “ …promotes a positive and inclusive view of filmmaking, and the art of film as a universal experience.” For an awards show that requires qualifying films to be screened in English (or with English subtitles) in LA County, this feels like an empty gesture, but it’s nice to know that they’re trying.

I believe the Academy could go much further to modernize its awards. In a time when more and more people, young and old, identify outside of the traditional male-female gender binary, how can the Academy justify the arbitrary split between Best Actress and Best Actor nominees? Last time I checked, a performer’s gender identity does not influence their ability to perform.

Additionally, in an age where strong, star-studded ensemble casts are becoming ever more prominent (see: “Knives Out” and “Parasite”), the inclusion of an award for Outstanding Performance by a Cast in a Motion Picture, a category which gave due recognition to the cast of “Parasite”  at the SAG Awards late last year, could help to bring the Awards into the 21st century. It is worth noting that “Parasite,” one of the most nominated and highly-praised films of the year, did not receive any acting nominations at this year’s Academy Awards. 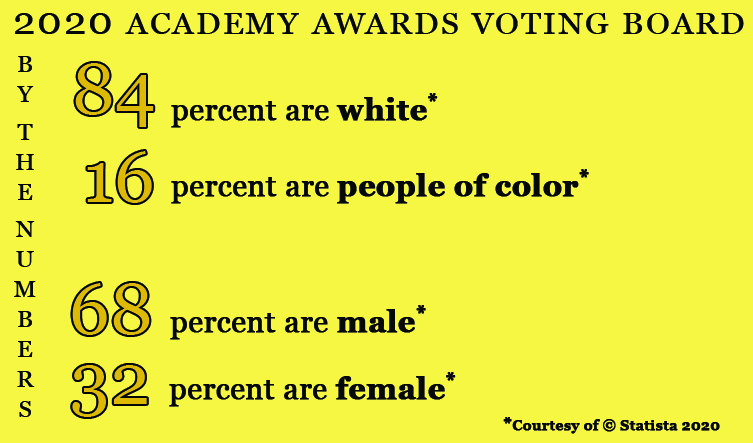 All that being said, I will still be making my way to The Arlington Theatre on Sunday to view a livestream of the 92nd Academy Awards. As a film fanatic, the rush of seeing the most prestigious awards show of the season reward my favorite movies of the year keeps me crawling back for more.

The Oscars also offer a look into the dark, twisted minds of the ever-frustrating Hollywood elite. Being that they are the very people making the movies that they vote upon, their voting decisions can help the average viewer predict general trends in filmmaking for the coming year. If I’m to expect a year of drivel, I’d like to know about it beforehand.

Plus, the Academy Awards encourage me to think critically about the films I view. As a viewer, it’s easy to get caught in the mindless stream of sequels and remakes churned out by Hollywood, never truly thinking about what I’m watching. Granted, many of these films (the latest installment in the “Jumanji” series comes to mind) are valuable for the pure fun they provide, but few conversations invigorate the filmgoing community more than the yearly debate over Academy Award nominations. Even when viewers disagree, as we often do, the release of the nomination list always sparks important discussions on representation, equality and diversity in Hollywood and beyond.

So, why do I keep watching? In short, I watch for those rare moments when a film speaks so vitally to the world that even the dinosaurs in the Academy can’t deny its power. I watch to witness moments like “Get Out”’s unlikely nomination and “Moonlight”’s life-affirming Best Picture win. I watch because I know that sometimes, against all odds, some brave soul out there creates something so powerful that it resonates with people from all walks of life, including the mysterious aristocracy that runs the Academy Awards.

Katie Caracciolo will spend her Sunday watching the Academy Awards but will be upset about it.