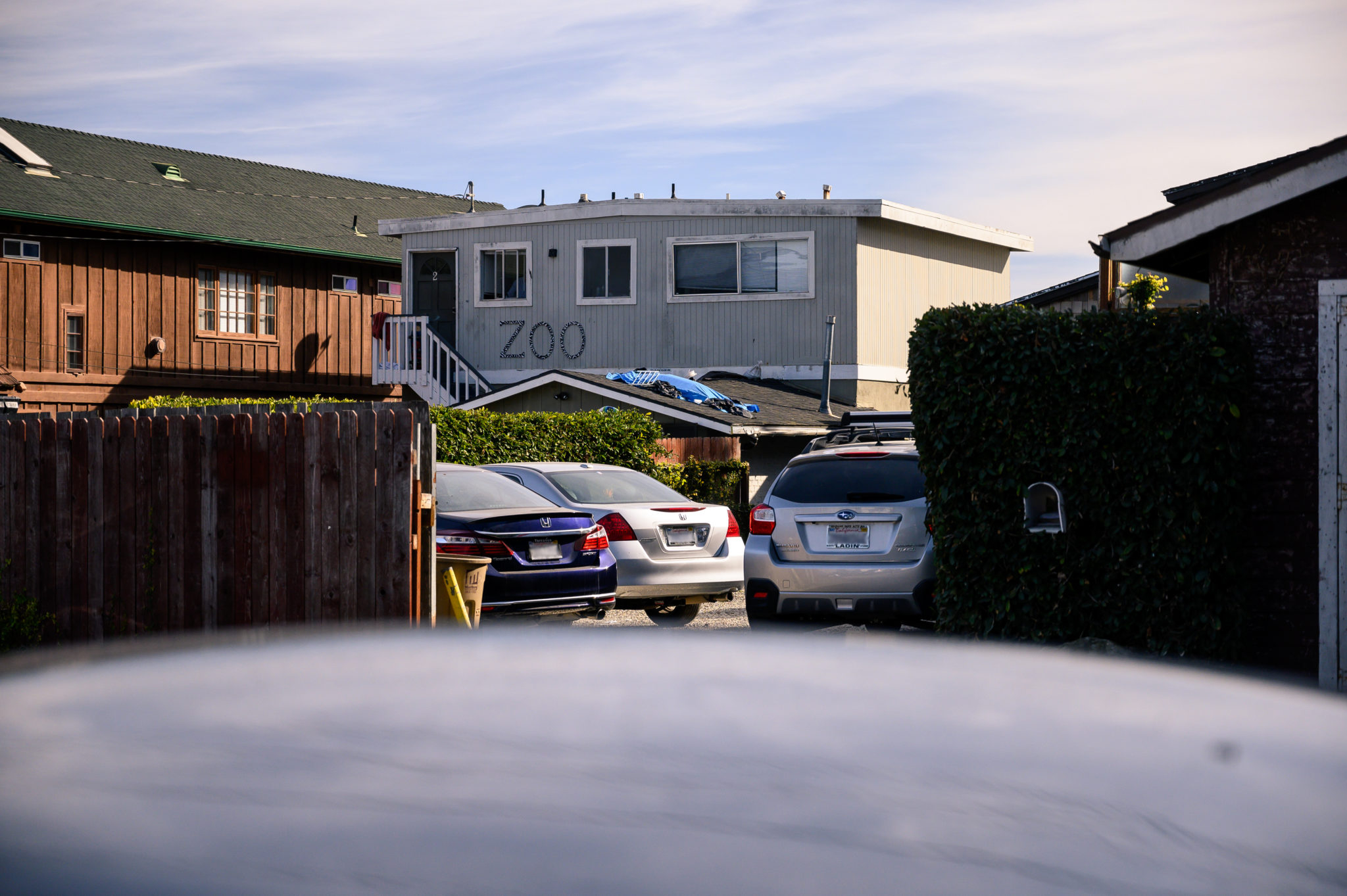 In the Reddit post, the user wrote about attending a Sigma Nu house party on Del Playa with a friend in a sorority, who the user said was pulled aside by a Sigma Nu fraternity member.  Max Abrams / Daily Nexus

The incident was first posted about to r/UCSantaBarbara, a subreddit for the UC Santa Barbara community, and was soon shared on various other UCSB social media spaces as well, including the Free & For Sale group on Facebook.

In the Reddit post, the user wrote about attending a Sigma Nu house party on Del Playa with a friend in a sorority, who the user said was pulled aside by a Sigma Nu fraternity member.

“And then he apologized and showed her the SNU group [messages] where someone had asked “who the fuck let that [transgender woman] in” and something along the lines of “kick her out” then he replied saying “I found a girl I thought was her but she’s not it. I’ll keep searching”.”

The Reddit user who posted about the incident did not respond to a message from a Nexus reporter asking for further information.

Associated Students President Alison Sir was the first to bring up the post at the meeting on Monday, noting that many students had approached her over the weekend about the post. Sir asked Interfraternity Council President Jason Stone what the council was doing to address the complaints.

“I’m not actually aware of the details of that, but generally speaking, with regard to discrimination, it’s something we take seriously,” Stone said. “I’m absolutely ready to visit that as I’m able to understand that situation, but I’m not really aware of it right now.”

Miles Ashlock, acting associate dean and director of the Office of Student Life (OSL), added that “notably our Greek leader retreat occurred this past weekend, so several leaders in the Greek community were actually not in Isla Vista during the weekend, so there’s some communication delay.”

Ashlock said his office had been notified about the post and had started to look into it, but was not aware of the poster’s identity.

“We’ve received some data and screenshots of some group chats so that is data we’re collecting, and we are trying to figure out what additional information is available and figure out next steps in our response,” Alvarez told the room.

If the office feels like it has enough information to move forward, Alvarez said it will conduct an assessment to see if the report falls underneath either the nondiscrimination policy or the Sexual Violence and Sexual Harassment Policy.

“If it doesn’t meet the criteria under those two policies, I’m unable to take action, but I will forward it then over to the Office of Student Life to potentially take action under additional codes,” she added.

Assistant Vice Chancellor and Dean of Student Life Katya Armistead said in an interview afterward that her office and several other offices had started looking into the incident, but since the only formal report was made to the Title IX office, that office is now in charge of the investigation.

Ashlock said at the meeting, however, that it’s difficult for the office to issue any disciplinary action in response to “speech infractions.”

“Generally, even the most offensive speech is permitted by the law, and therefore [permitted by] our policy as a government organization,” he said.

“So we wind up in a position where we may not be able to hold a person accountable in terms of a change to their student status or a formal warning or something like that, but we do still have the opportunity as an institution to express our values, express our concern, to offer the voluntary education,” he said.

Intersectional Feminists President Kyremina Youssef touched upon the incident in a later discussion during the meeting about timely notifications to the community, saying that while many students had seen the post circulating on social media, they hadn’t heard anything from administrators.

Youssef said she and others wanted to see a statement from UCSB administrators in support of transgender students and offering resources to those affected by the post.

“I feel like students are just waiting on UC administration to say something,” Youssef said.

Armistead said after the meeting that while she believes it’s important to “let the student body know how we feel about this and our values,” a statement from the university would likely come in her monthly newsletter as opposed to a campus-wide email from the chancellor’s office.

“It’s so frustrating, when this happens,” Armistead said. “It’s just so against our values, and it’s hurtful. We definitely can have some more conversations with all of our organizations to make sure that they’re inclusive, and that’s definitely something I’ll be proactive with.”

I love how palpably pissed off the university is that it has to actually respect the free speech rights of its students.

What in the world are you talking about?