Winter break for the upcoming 2020–21 school year will be shortened from three weeks to two weeks due to a late start to fall quarter. 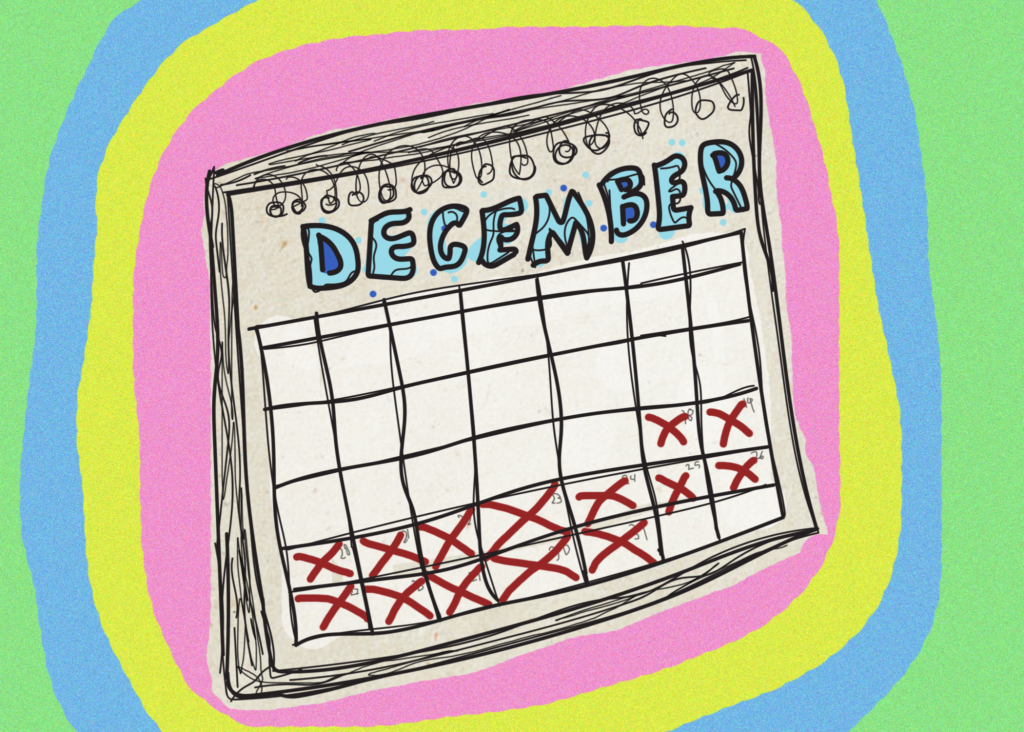 According to UC Santa Barbara spokesperson Andrea Estrada, the change is in accordance with a University of California policy established by the Division of Student Affairs in 2007. This policy prevents campuses in the UC system from scheduling fall move-in days at the same time as a major religious holiday.

In 2020, Rosh Hashanah, the Jewish New Year, will take place between Sept. 18 and Sept. 20, which is when move-in weekend is typically scheduled. As a result, move-in weekend will be pushed back one week to Sept. 26 and Sept. 27, with Fall Quarter 2020 classes beginning on Oct. 1 instead of in September.

Since all UC campuses except for UC Berkeley and UC Merced follow the quarter system, the later start to fall quarter means a later start to winter break on Dec. 18. The break is scheduled to end on Jan. 4, 2021, around the same day it typically ends.

“Exceptions to that requirement [of preventing religious holiday conflicts] are only allowed if there are ‘overriding academic or administrative considerations that would make such a calendar unworkable,’” Anthony Schmid, the interim registrar and associate registrar who manages information systems, said in an email.

Winter break was last shortened during the 2014-15 school year to avoid classes being scheduled during Rosh Hashanah and Yom Kippur. When word of the shortened break spread throughout the UC system in Jan. 2014, a student-led online petition was created to restore the vacation to three weeks. Though ultimately unsuccessful, the petition received over 35,000 signatures before closing.

According to a Jan. 2014 op-ed published in the Nexus, some Jewish students said they were grateful to the UC for recognizing and accommodating their beliefs.

“I have been forced to choose between my religion and my studies on quite a few occasions,” Arezu Hashemi, a second-year history major at the time, said in the article. “This is why I am extremely grateful to the UC system for deciding to push back the first week of school.”

“Speaking to other Jewish students at UCSB, I can confidently say that as a community, most of us are appreciative for the change in schedule.”

Others, however, believed that such accommodation was unnecessary.

“Let’s be clear: anti-Semitism is a serious form of hatred,” Jason Garshfield, a second-year political science major at the time, said in another op-ed. “But lacking official observance of Jewish holidays is not anti-Semitism in any sense whatsoever. It’s life, and part of attending a secular public university.”

Meanwhile, some students expressed a preference for a shortened summer break instead of a shortened winter break. This hypothetical summer break would either begin later or end earlier than it normally would.

But Schmid said he was skeptical that such a switch would be possible.

“While the summer sessions are optional and enrollment is lower than the standard terms, enrollments during summer have been growing over time with over 9,700 students opting to enroll in summer 2019. That change would require some pretty significant adjustments in how summer is structured,” he said.

“Even if a solution could be identified at UCSB, the requirement that all quarter system campuses have standardised start dates for the fall, winter, and spring terms make a change to summer unlikely.”

While next year’s winter break will be shortened, the 2022–23 school year will include a four-week-long winter break. The reason for this irregularity comes down to UC-wide policy, which Schmid said dictates the minimum number of instructional days and holidays a term may have.

According to Schmid, academic calendars expect 52 weeks in a year (or 364 days). This amount falls short of a full year by one day — two in a leap year. Eventually, enough extra days accumulate that an extra week becomes available to the calendar.

When that happens — and when New Year’s Day occurs on a Monday — the extra week is added onto the winter break for that school year, as was the case for both the 2011–12 and 2016–17 terms.

But these extra days cannot be added to the upcoming shortened winter break.

“It would cause some additional scheduling problems in 2021–2022,” Schmid said of the prospect of an earlier extension. “The fall quarter would end on December 17th and because of the way the administrative holidays are arranged, the faculty would have one less day for grading.”

The three-week winter break schedule will resume after the 2020–21 academic year.