The Daily Nexus
Tennis
UCSB Picks up First Victory in ITA Kickoff Weekend Tourney
January 28, 2020 at 10:06 am by Annika Pearson 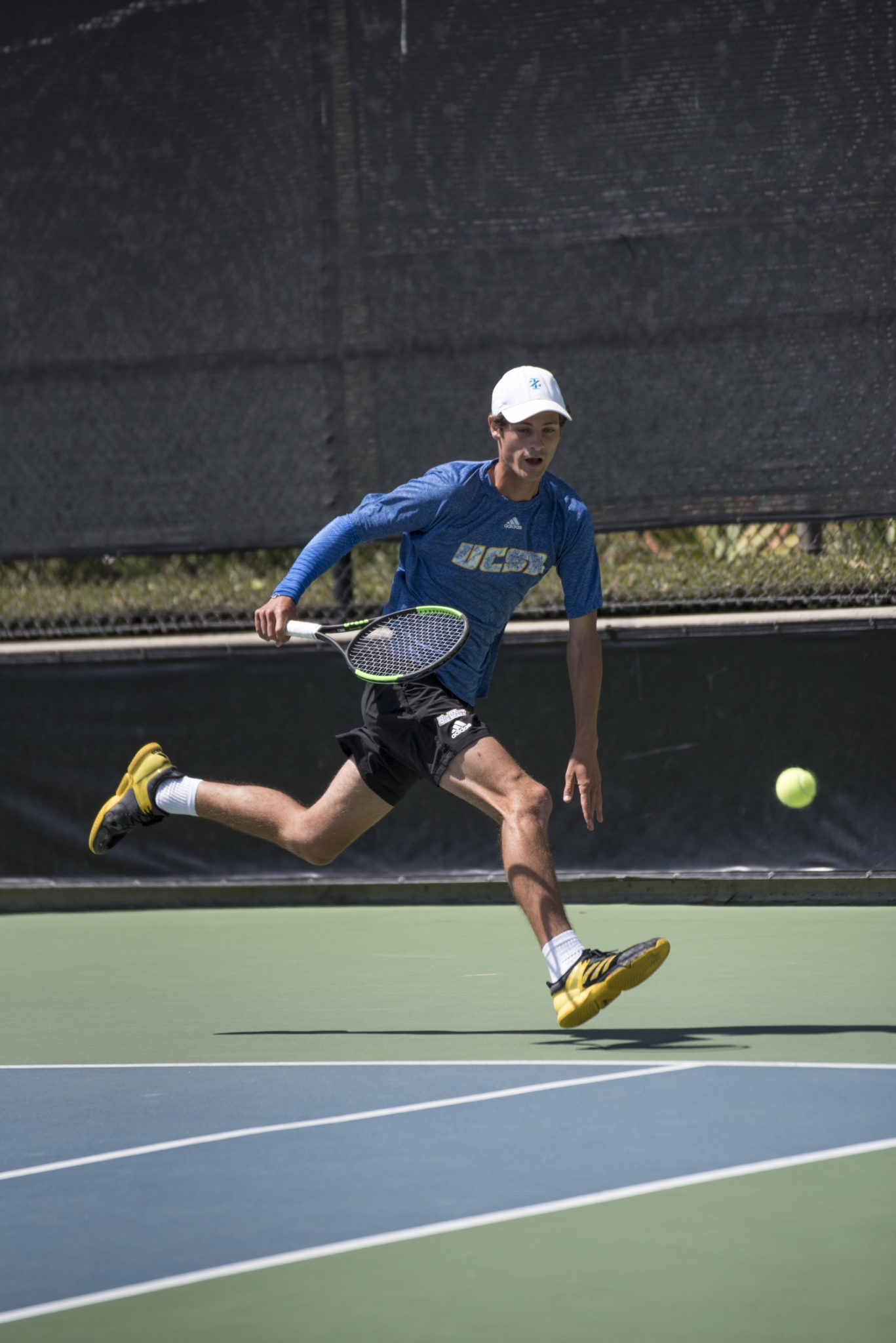 After a narrow 4-3 loss to Santa Clara (1-3) on Saturday, the UC Santa Barbara men’s tennis team found itself scrounging for a win in the consolation round of last weekend’s tournament. Luckily, Sunday’s game ended their long drought, as they finished the ITA Kickoff Weekend tournament with a striking 4-1 victory over UNCW (0-3). Though relieved, UCSB’s overall record sits at 1-3, arguably one of the program’s toughest starts to a season.

Santa Clara and UNCW, like UCSB, came into the tournament with no notches on their 2020 belts. Both teams suffered disappointing, yet probably unsurprising, 0-4 blowouts versus No. 3 USC.

UCSB gracefully evaded USC’s forceful hand, allowing for a much-needed win and, more specifically, a chance to prove that its roster has not lost its competitive edge.

Throughout both games and across the six courts, the Gauchos dominated the singles competitions. Out of four victories, not even one winning Gaucho let his matches slip to a third game. Senior Joseph Guillin defended his No. 8 national ranking, sweeping his opponents on each team in 6-2, 6-0 sets. Teammate Victor Krustev followed suit on court two.

Against Santa Clara, the Gauchos split their singles victories evenly at 3-3. But without the same energy on the doubles courts, the wins were insufficient to pull ahead. Standout Bronco Santiago Hinojosa reinforced his strong presence on court four, defeating fourth-year Gaucho Alex Soto in singles and doubles competitions.

Against UNCW, however, the dominance exhibited in the solo matches allowed UCSB to walk away with an important win.

A nod to freshman Joshua Williams is in store after his win on court six cinched his team’s first victory of the season. The rookie tallied the first win of his collegiate career, taking a UNCW senior in just two sets. Williams struck quickly in the first set, slating a 6-1 triumph, but was challenged by veteran opponent Michael Copeland, who battled up to the 7th point before falling 7-5.

As previously mentioned, it was in the doubles department that UCSB seemed to lose its footing. In the six total doubles matches played over the weekend, only two wins emerged.

As has been a pattern of the 2020 season, Head Coach Marty Davis paired sophomore transfer Alejandro Vedri with standout Guillin. The fresh pair responded with two clean sweeps against Santa Clara and UNCW. Together they have been a strong force, reflected in their 3-1 overall record since the start of 2020.

However, it seems Guillin’s former partner, Krustev, is struggling to get a solid rhythm with his new partner, junior Joseph Rotheram. Though each contributed points to the Gauchos’ totals in singles competitions this weekend, the duo failed to secure a win on court one against both Santa Clara and UNCW. The scores played out at 7-6 (8-6) and 7-6 (7-4), respectively. Rotheram and Krustev began the season with back-to-back, impressive (yet unfinished) matches against Oregon and Washington.

The two, along with the rest of the roster, hope to continue to readjust and refine their play for the upcoming season. The Gauchos now head back up the coast in preparation for Saturday’s game against Loyola Marymount University.