The sediments that cake the seafloor of a coral reef thinly veil a treasure trove of information. There are sponges, spines, shells, scales and skeletons all hiding in the granular carpeting surrounding picturesque tropical atolls, and all of these pieces play a role as orators in recounting the grand history of the reef.

One researcher at UC Santa Barbara, Erin Dillon, has been working since 2014 to document this history. In particular, she is looking at the dermal denticles of sharks, the tooth-like scales which cover shark skin, to better understand their population baselines and abundance in a number of contexts. 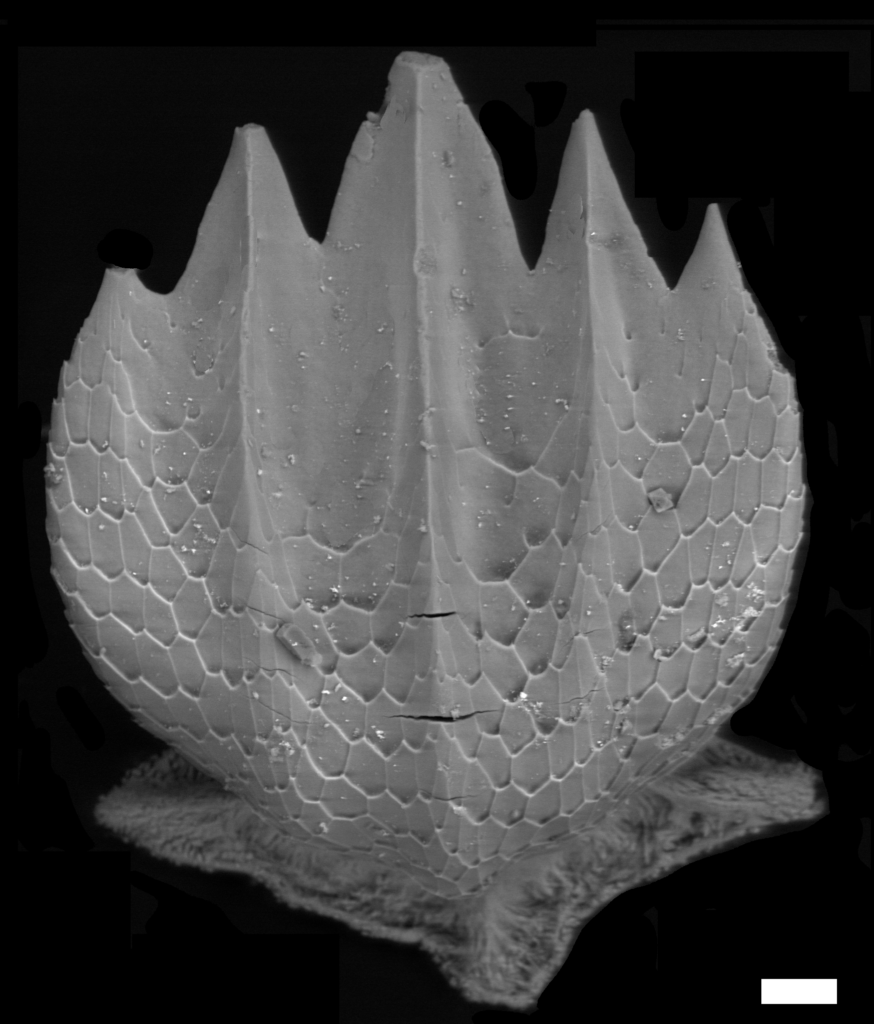 “Anything that leaves calcium carbonate or calcium phosphate or anything that’s not getting dissolved remains in the [coral reef] sediments as a record of what was there. It’s just full of animal parts essentially,” said Dillon, a Ph.D. candidate in the Ecology, Evolution, and Marine Biology department.

Dillon first encountered dermal denticles as an intern working at the Smithsonian Tropical Research Institute. What was originally meant to be a three-month internship became a two-year project and led her to pursue further research into dermal denticles for her Ph.D.

Her first paper evaluated what sort of information could be obtained from shark dermal denticles. Her most recent paper, published in Methods in Ecology and Evolution, transitions from theory to practice.

Dermal denticles decrease drag and turbulence in the water for sharks. On a more pertinent note for Dillon, they are shed and regrown in a continuous cycle.

“Even though sharks are relatively rare, these denticles are still preserving a signal of their presence. Any time a shark is visiting a reef or staying on a reef, it’s possibly shedding these denticles and then they’re accumulating,” Dillon said.

“We don’t have very much quantitative information going back in time about what their historical baselines are … This essentially gives us a way to compare modern shark assemblages and then also go back in time to look at how they’ve changed over time … We’re asking, how much natural variability was there historically? There are more recent human impacts versus just a fluctuation that is natural.”

With her collaborators, most of whom are from UCSB, Dillon settled on Palmyra Atoll, one of the Northern Line Islands in the Central Pacific located south of the Hawaiian Islands, as a study site. According to Dillon, Palmyra was a perfect test run, being an island with high and well-surveyed shark populations. 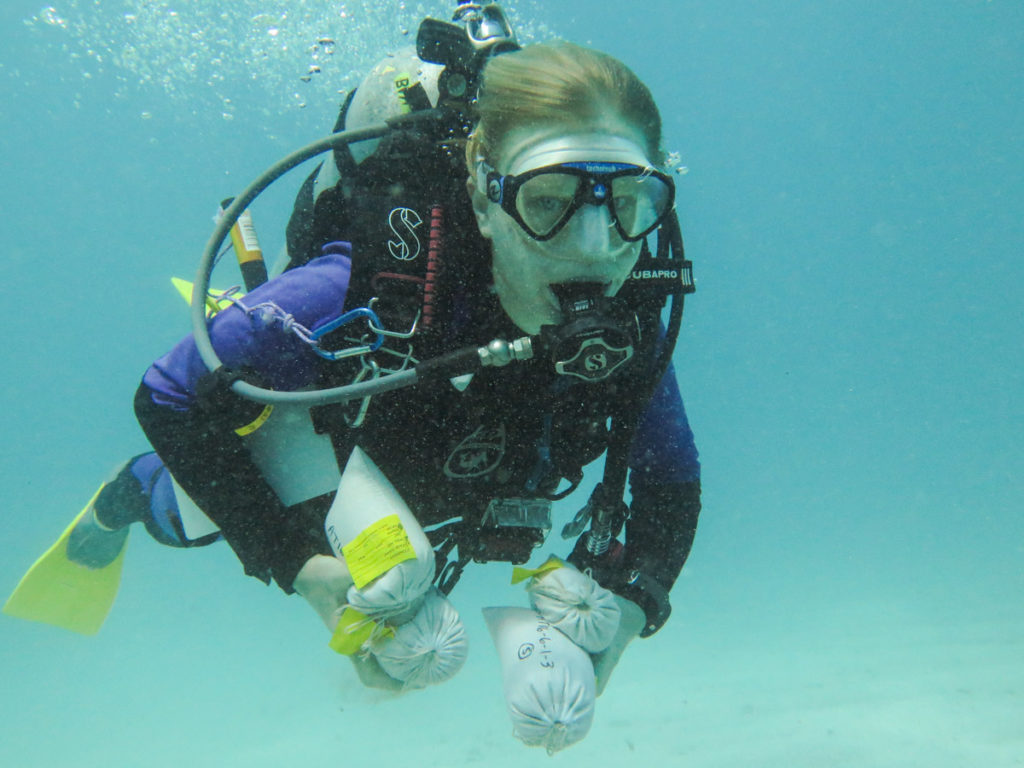 “People have been working out there for at least a decade and have been monitoring data over that same time period. This location was nice because it’s pretty remote, it’s protected. We know that the sharks are stable,” Dillon described.

A wide assortment of sharks call Palmyra Atoll home, with at least 15 species documented by cameras and shallow surveys. The study focused on two species in particular: blacktip reef sharks and grey sharks.

During the study, Dillon evaluated the abundance of shed dermal denticles found in the sand and compared it to documented shark abundance using a variety of survey techniques, namely hook-and-line surveys, remote underwater video surveys and underwater visual censuses, or UVC.

“Those approaches are looking at sharks over slightly different time scales ranging from just a couple of minutes to over an hour,” Dillon said. “Then we looked at these surveys and asked the question: Do these denticle accumulation rates actually reflect shark abundance? Because the denticle is our proxy. And so, if we haven’t really assessed the fidelity of that proxy, it becomes hard to really use it and interpret the data.”

With little exception, the researchers found that, indeed, when cross-referencing denticle accumulation rates in coral reef sediment with the results from actual observed shark surveys, there was consistently a correlation.

“The finding that there was a positive correlation with these three methods — despite them functioning on different trend scales and using different methods — is really promising,” Dillon stated.

Even locations around Palmyra Atoll which did not follow this trend had explanations when they were held up to scrutiny. One example of this could be found in the results obtained from a sediment core which was located in a section of the Palmyran coast that appeared to only be accessible to sharks during high tide.

“And so we were thinking that the bait from the technique could have been attracting sharks that normally wouldn’t have been in that habitat. It produced artificially high numbers for shark abundance compared to the denticle record,” Dillon said.

It was often a case of where the site was positioned combined with the execution of surveying methods that would influence the behavior of the sharks during the surveillance period.

Now, Dillon and her collaborators are planning to apply this promising technique to other areas of the globe in order to obtain better data on shark recovery targets and population management.

“For example, right now, we’ve been working with some samples from the Caribbean coast to Panama,” Dillon said. “And using these denticles, we’ve been able to essentially reconstruct what a pre-human [population] baseline looks like in that area. So denticles are one example of applying the recent fossil record to management conservation issues.”