This spring, UC Santa Barbara students will be able to vote on whether or not to add two international student senator seats to the Associated Students Senate, after the Senate unanimously approved the ballot initiative during its Wednesday meeting on Jan. 22. 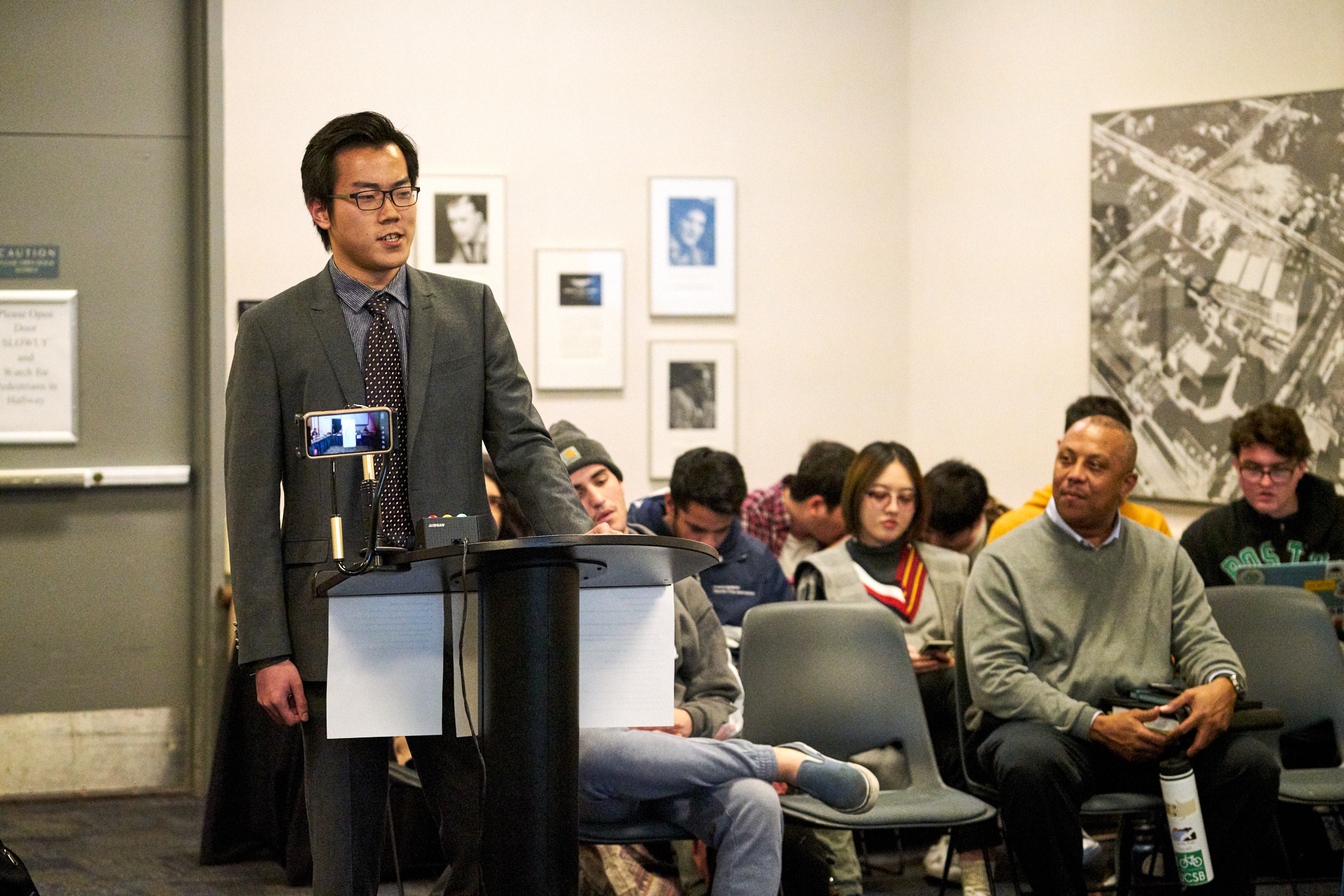 A number of students and other supporters showed up to support the bill during public forum. Sicheng Wang / Daily Nexus

Off-Campus Senator Tyler Ferguson and On-Campus Senator Emma Swanson first presented the bill to add international student representation to the Senate at the Jan. 22 Senate meeting. The bill will require a two-thirds vote from the student body during the upcoming spring elections to be implemented; if it passes, the seats will be added to the 72nd Senate for the 2021-2022 school year, not the incoming 71st Senate.

Originally, the bill was written with the intention of replacing one off-campus senator seat with one international student seat to ensure Associated Students (A.S.) Senate remained at an odd number. Keeping the Senate at even numbers would give the internal vice president a significant amount of power if a tie-breaking vote was held, a concern that both Ferguson and Swanson expressed.

However, the bill was amended during the Senate’s Jan. 22 meeting to increase the number of international student senator seats from one to two, instead of removing an off-campus senator seat.

“Based off of the statistics I was hearing, I didn’t understand why we were only adding one senator and decreasing representation for other students,” Kimia Hadidi, the off-campus senator who proposed amending the bill, said during the meeting.

The bill was amended and passed after a lengthy discussion in which some senators, such as On-Campus Senator Austin Foreman, expressed concern over the potential decrease in off-campus senators. He further discussed how the bill could possibly open the doors to other groups on campus asking for Senate seats designated specifically for them.

In an interview with the Nexus after the meeting, Foreman expressed worry that “the Flying A Room can only fit so many people,” and that if more seats were to be added, the Senate should find a way to restructure itself as to ensure that it can still logistically function with a larger governing body.

“Creating an international student senator [seat] can definitely allow us to have a say in how the money is distributed and make sure that our money is used well and fairly,” Hanrui Feng, vice president of the CSSA, said during the meeting.

“My hope is that this will contribute to expanding crucial opportunities for international students in A.S.,” said Charles Neumann, the internal chair of the A.S. Global Gaucho Commission and one of the bill’s 20 student sponsors.