On Wednesday, the UC Board of Regents discussed potentially raising financial charges among students across all campuses after deciding on Tuesday to delay the vote in order to have more time to discuss plans. 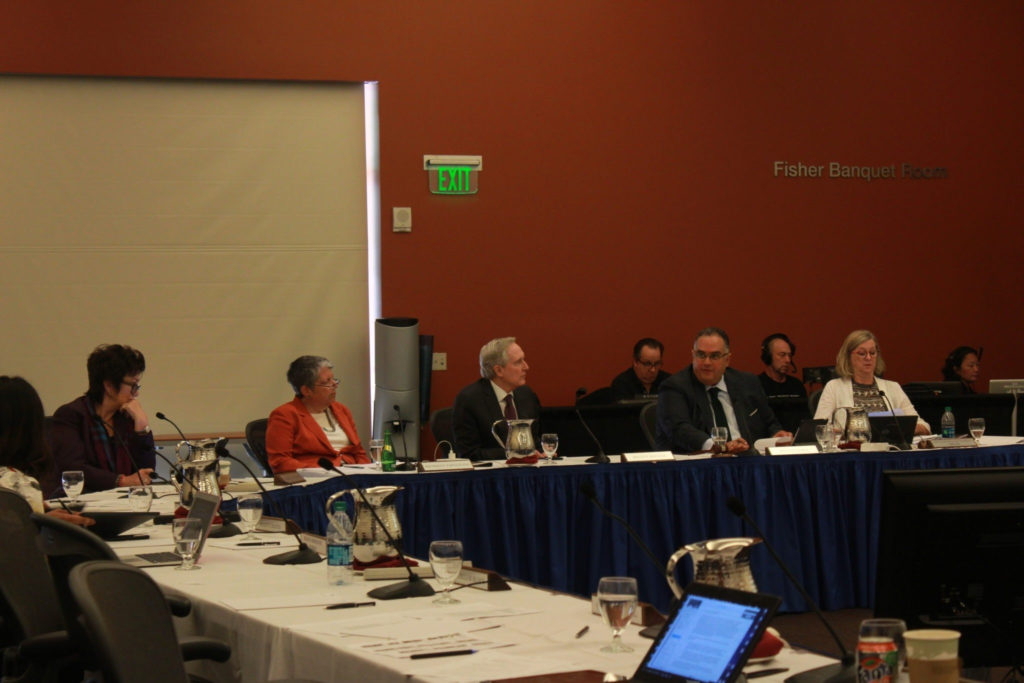 The discussion primarily revolved around the possibility of a multi-year proposal to adjust current systemwide charges, which includes tuition, the Student Services Fee and Nonresident Supplemental Tuition.

David Alcocer, associate vice president of Budget Analysis and Planning, and Paul Jenny, interim executive vice president of the UC Office of the President, led the proposal, advocating to adjust these charges in order to generate additional funding for financial aid.

In a joint presentation before the Regents, Alcocer mentioned that “the bigger challenge for students is figuring out the cost of attendance, such as food, books and supplies and healthcare. When tuition stays flat, other costs rise but no new aid is generated to cover them.”

In support of Alcocer, Jenny explained that Governor Gavin Newsom’s recent pledge to fund the UC system with roughly $218 million would bring a general cost increase of 5% for UC’s state general funding from 42% to 47%. With the increase in funding, the UC system would focus on “maximizing return on assets, increasing philanthropy and control costs,” Jenny said.

To provide a visual illustration of how adjustments can provide positive impacts, Alcocer presented a study conducted by a system-wide working group last summer.

The working group calculated which income bracket would benefit the most from each of the three different tuition models: a uniform approach; a uniform consumer-price-index-based approach, which would adjust tuition prices based on consumer price index (CPI) for all students; and a cohort model approach, where the amount of tuition revenue would start increasing for incoming UC students in the future years.

According to Alcocer, students with a parental annual income between $20,000 to $90,000 significantly benefited from the uniform CPI approach and the cohort model approach, both of which called for increases in tuition.

Alcocer said that the uniform CPI approach and cohort model approach will allow UC schools to become “more affordable for California undergrads with fewer resources and provide campuses with resources to sustain core operations and make progress on shared goals for student success.”

The proposal brought up several concerns during the meeting as well.

Regent Sherry Lansing said it was vague “how many students would qualify for the middle-class scholarship with a tuition increase.” She also added that before the proposal goes further, dialogue with Newsom is vital, as he pledged a significant amount of money for the UC system.

UC Student Regent Hayley Weddle also noted that the “impact of proposed increases on [the Board’s] goals of reducing food and housing insecurities” remains unclear, as well as how the tuition increases would contribute to “sticker shock and potential undermatching as students are considering attending the UCs,” as they might be discouraged by seeing the increasing tuition price.

Board of Regents Chair John Pérez brought the meeting to an end, stating that the requested data of the proposal will be prepared along with an action item for the Board to consider at a future meeting.

A version of this article appeared on p. 4 of the Jan. 23 print edition of the Daily Nexus.