The Daily Nexus
Science & Tech
The Strange Case of Parasitic Castrators Amongst Hermaphroditic Barnacles
January 23, 2020 at 2:00 pm by Hannah Hirou

Parasitic castrators remain one of the most fascinating aspects of parasitology. These organisms feast on the lipid-rich reproductive tissues of their host, which results in eventual castration.

Not a good day if you’re a barnacle … or is it? Unlike other parasites, castrators tend to leave their host otherwise unaffected and in some cases even increase the longevity of the organism.

“All other kinds of parasites, in a certain sense, degrade their habitat and that means that host is more likely to die … there is only one kind of energy you can take from an organism that will not affect its viability, and that is its reproductive energy, and you can take it all,” explained Armand Kuris, a professor in the Department of Ecology, Evolution, and Marine Biology and in the College of Creative Studies.

Hemioniscus balani is a bit of an enigma. It is a parasitic isopod that, unlike most other castrators, has an ephemeral life cycle inside its host. After infecting its host, the parasite then dies.

“We don’t understand that,” Kuris said.

When it dies, the host usually regains its ability to reproduce — a very unusual case.

Wanting to find out more about this mysterious parasite and its relationship to the barnacle Chthamalus fissus, Kuris, UCSB postdoctoral researcher Caitlin Fong and UC San Diego professor Ryan Hechinger studied hermaphroditic barnacles and the relationship between size-specific reproduction function and infection rates by H. balani.

Since these barnacles are hermaphrodites, “they function as either man or female most of the time, but they don’t do both at the same time,” Kuris clarified. This means they can choose whether to devote energy to a male or female reproductive status. 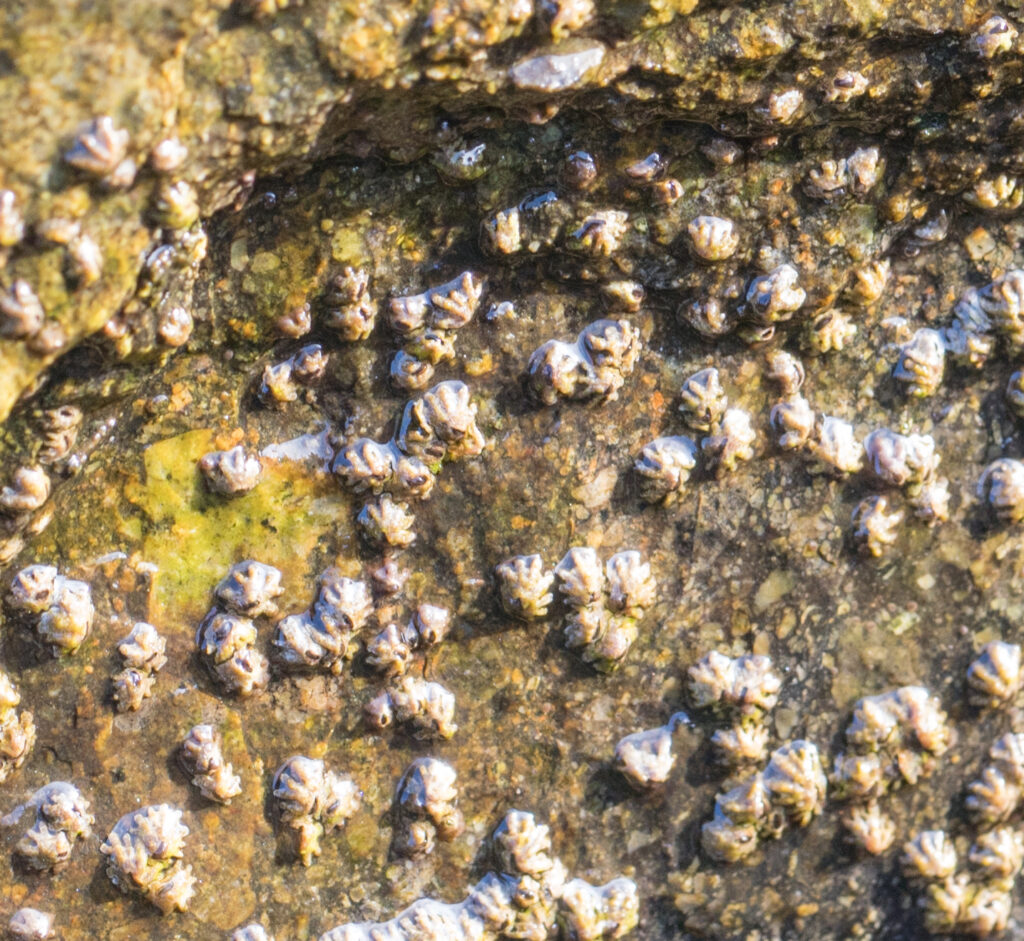 The study found that parasiticism infection of H. balani occurred at a higher rate in female-functioning barnacles. / Courtesy of iNaturalist

The study, published in Scientific Reports, made the prediction that infection would be mainly in female-functioning barnacles due to the parasite’s feeding habits. It was also speculated that increased body size would be correlated with increased infection rates in these female hosts.

The researchers thought this could be for one of two reasons. The first was that larger size means a larger target for the parasitic isopod to encounter. The second idea was that the isopods themselves choose a larger host.

To test their hypothesis, the study looked at two different populations at six different locations along the California coast, from Goleta down to La Jolla in San Diego.

The paper found that females were most likely to be of intermediate size while the males were more often the largest.

The other pivotal point in this study was the debate between the probability of encountering a host versus choosing a host. Interestingly, the data collected in the study found that the infection was not random among the different locations.

“Because the infection is non-random, something must be driving this pattern. The infectious stage is pretty mobile, so the choice seems likely,” Fong said.

H. balani is actively able to move around in the last of three larval stages, its cryptoniscus-searching stage, and would be able to choose a larger host which would be more favorable for its fitness.

This idea comes from another parasite of barnacles in the family Chthamalophilidae. These parasites infiltrate the brooding cavity of barnacles with a preference for a larger cavity size to maximize their own offspring output.

A fundamental difference between these two cases is that H. balani has a much shorter life cycle, so it is difficult to say whether this comparison is apt. As a result, the behavior of H. balani remains a subject of further research.

Hey the Nexus wrote an article about my ex-wife! Hey-o!!! Seriously, though, she took everything.