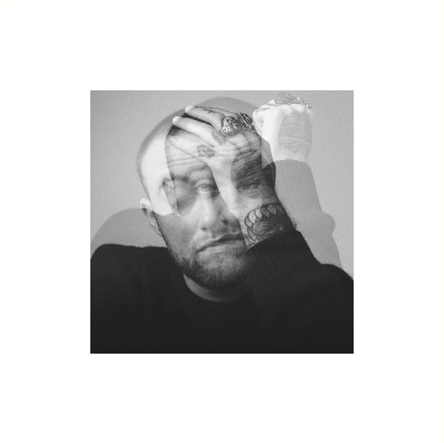 “Here we are,” began Mac Miller’s family in their announcement of the rapper’s recently released posthumous album. “The act of having to write this all feels surreal. At the time of passing, Malcolm was well into the process of recording his companion album to ‘Swimming,’ entitled ‘Circles.’”

On Sept. 7, 2018, Malcolm James McCormick, known by his stage name Mac Miller, died of an accidental drug overdose. The hip hop community found itself in utter devastation, with many artists dedicating their performances to him and fans mourning over the loss of someone who gave lyrics and sounds to their own personal feelings. But, to the pleasure of all the people he inspired, Mac Miller had been recording his project “Circles” with producer Jon Brion, who continued to work on the album after his death. With this album, fans were given one more ending note, a solacing goodbye to their beloved hero.

A few months before his passing, Mac Miller dropped the album “Swimming” that helped us understand the mindset of the famed rapper, who seemed mentally stronger and had a better understanding of his hardships than ever before. Then came “Circles,” the beautifully unique sequel, giving Mac a final conclusion to his oscillating thoughts.

“We simply know that it was important to Malcolm for the world to hear it,” his family continued. Both albums, “Swimming” and “Circles,” voice Miller’s problems dealing with his depression and anxiety. But “Circles” doesn’t build on the previous album; it instead takes on a more experimental sound and never truly evolves into a typical rap album. The folksy beats with his soft singing show a distinct side of Miller putting his personal and musical evolution on full display.

The album begins with the song “Circles,” in which Mac sings, “And I cannot be changed / I cannot be changed” — commemorating his struggles and evoking a sense of sadness over his unexpected death. However, he keeps an optimistic tone and beat throughout the album, and by the time you get to “Good News,” you see how he manages to maintain a light tone despite the harsh circumstances. Comparing the lyric “spring cleaning” with clearing his mind, Mac Miller sings his pain: “There’s a whole lot more for me waitin’ on the other side.”

“We miss him. We are left to imagine where Malcolm was going and to appreciate where he was,” Miller’s family explained. There’s something so beautiful about the melodies throughout this album. The various instruments, the symphonic sounds, the lo-fi beats; it all translates the exact feelings that his lyrics describe. Songs like “Blue World” and “Hands” give an alternate, deep-house sound, combining multiple genres. Throughout the album, you hear a different sound and tone within each song: together a creative, unabridged project.

Throughout the album, Miller seems to reach different conclusions about his emotional pain. He seemingly creates mental notes, maybe even reaching a better mindset for himself while being slightly buoyant and possibly optimistic. Yet, you still hear the darkness and sorrow of his words in each verse of every single song. Miller shows us his ability to create an amalgamation of both misery and hope, and you finally see the translucent light at the end of the pitch-black tunnel that he’s beginning to see.

It’s easy to relate to Mac Miller’s thoughts. We all feel the instability of emotions he describes and understand his constant jump between confusion and certainty, knowing that he’s “busy trippin’ bout some shit that still ain’t even happen yet,” but still fighting his dark thoughts. The love he has for this other person he talks about and the dreams he hopes to achieve with them — it all seems so comfortably relatable as we listen and daydream about the person we can’t stop thinking about. By the end of the album, the certainty in his voice is stronger, more visible than the start, “And I know that somebody knows me. I know somewhere there’s home.”

This album leaves you smiling through the tears, intensely happy and devastated at the same time; Mac Miller is alive through his songs and all the people that he resonates with. Whether you’re a fan who began listening to him after his death or one of those who knew him from the beginning, he rests with so many of us all the same. When you listen to this album you feel this energy, and he sounds alive. His pain, his love, the instruments, the lyrics — they are all so real. A perfect resolution in Mac Miller terms. The ups and downs, side to side, the circle.