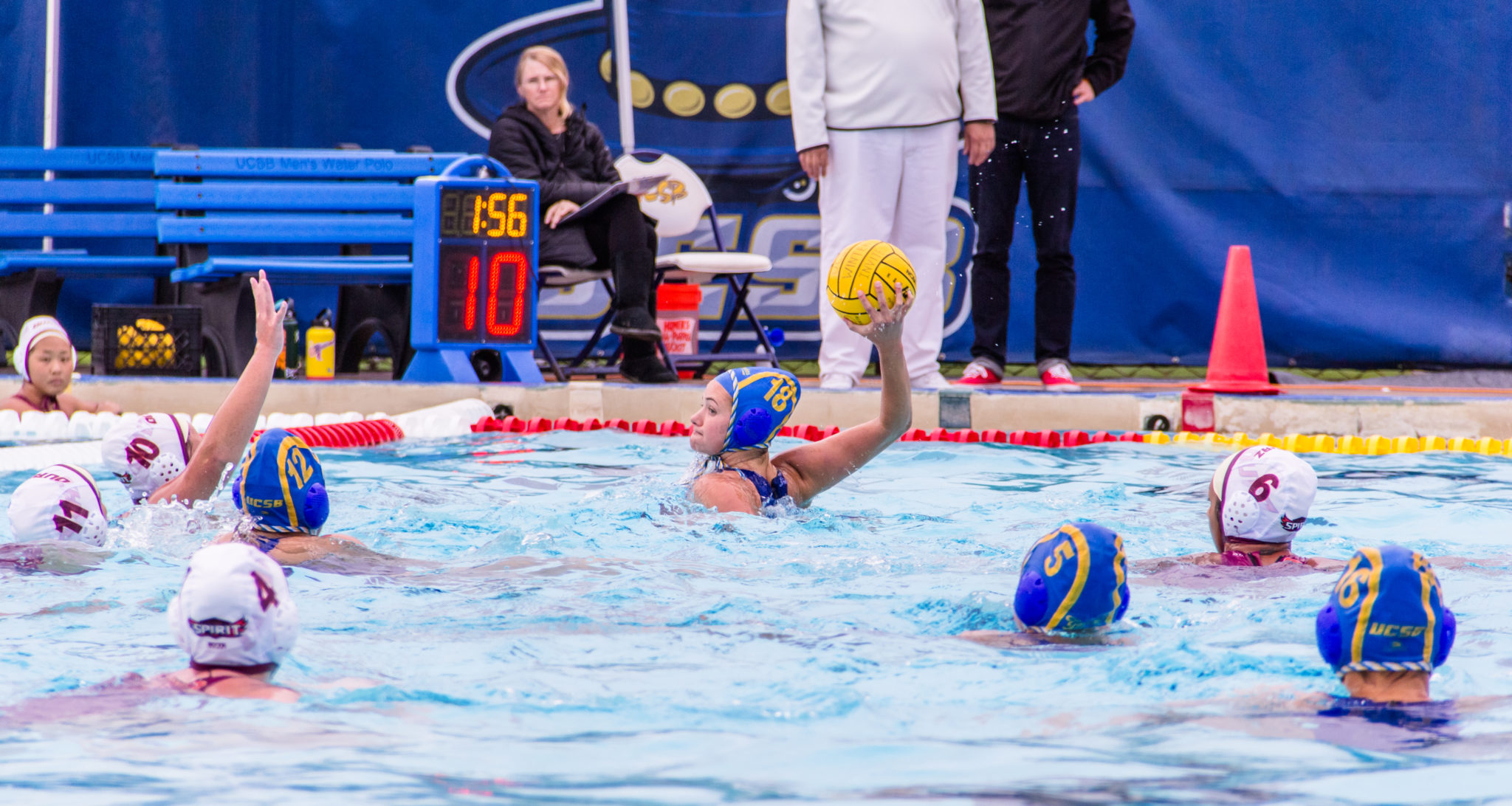 The UCSB women’s water polo season got off to a solid start this weekend as the team went 3-2 in its inaugural Winter Invite, including a 9-8 win over No. 2 UCLA that marked the Gauchos’ first win against the Bruins in 25 years.

Seniors Sarah Snyder and Kenzi Snyder made their mark early on in this opening slate of matches.

Sarah knocked in a team-high 4 goals in No. 11 UCSB’s first game of the season against UCLA on Friday, continuing her run as one of the Gauchos’ deadliest scorers and back-to-back years of leading the program in goals scored.

The utility helped push UCSB’s lead all the way up to 7-4 by the start of the fourth quarter, but the Bruins wouldn’t go down without a fight as they whittled down the lead back to one with just minutes remaining in the match.

Just as it seemed like UCSB had lost all momentum, goalkeeper Kenzi stepped up and made a few clutch saves  that prevented the Bruins from retaking the lead, and the Gauchos beat UCLA for the first time since 1995.

UCSB carried the momentum from the season opener into Saturday’s match against the Iona Gaels, who the team handily defeated 12-4.

It was all Santa Barbara from the jump in this matchup, as the team got out to a quick 6-0 lead and never looked back. Eight different Gauchos notched a goal, and sophomore Caitlyn Snyder led the way with a team-leading 3-goal outing to go along with an assist.

Caitlyn is fresh off her Big West All-Freshman Team selection and looks to be gunning for another All-Conference Team this season with her goal production so far.

UCSB wasn’t able to remain perfect for too long, however, as the No. 4 Cal Golden Bears handed the Gauchos their first loss on Saturday night. Sarah knocked in two goals in the first period, and UCSB actually looked to be primed for another upset as the team took a 5-4 lead into halftime.

Still, the second half was all UC Berkeley as the Golden Bears shut out the Gauchos and scored four goals of their own to claim the 8-5 lead.

Santa Barbara had to turn around and take on arguably its toughest opponent of the weekend on Sunday as the No. 7 Michigan Wolverines came to town. The team has been one of the best water polo programs in the country over the last few years, boasting multiple Olympic players as well as a four-year streak of qualifying for the NCAA tournament.

Although multiple Gauchos were able to get on the board in this match — including sophomore attacker Amanda Legaspi, who was the first to score against both the Bruins and Wolverines — Michigan was able to control the tempo and maintain its lead the whole game. UCSB was only able to capitalize on one of its four penalty shots, and although the team poured in a few goals in the fourth quarter, it was just too little too late as the Wolverines won 9-7.

The Gauchos closed out the weekend with a 19-2 blowout against Ottawa University-Arizona.

The freshmen trio of Alex Mora, Courtney Heydorff and Evie Laptin scored 10 of UCSB’s 19 goals in what was a resilient and emphatic turnaround after consecutive losses.

Although the win against UCLA might have been the most important match of the weekend, this final game really showed the spirit and heart of this team. Bouncing back after two tough losses is no easy feat, and while the Gauchos came out of the Winter Invite with only one game over .500, they ultimately showed that they can compete with the best teams in the country.