As the effects of climate change continue to escalate, their impacts seem especially noticeable and imminent for humans and other animals.

But what about for forests and trees?

In a study published in the Proceedings of the National Academy of Sciences (PNAS), Anna Trugman, an assistant professor in UCSB’s Department of Geography, investigated how forests are responding to global warming and rising atmospheric carbon dioxide (CO2) levels.

“[Higher atmospheric CO2] increases productivity and potentially could increase reproduction and ecosystem services. This has a lot of potential to result in negative feedback on climate change because trees are photosynthesizing more and they’re pulling more carbon out of the atmosphere,” Trugman explained.

However, other climate change aspects such as changes in temperature have detrimental effects on forests. Warming temperatures can increase the atmospheric vapor pressure deficit, a measure of atmospheric dryness. In response, trees decrease their photosynthetic activity to conserve water.

“And so, the motivation of this study was looking at the competing effects of CO2 fertilization and warmer temperatures that cause more atmospheric dryness, and how they might impact future forests,” Trugman said. 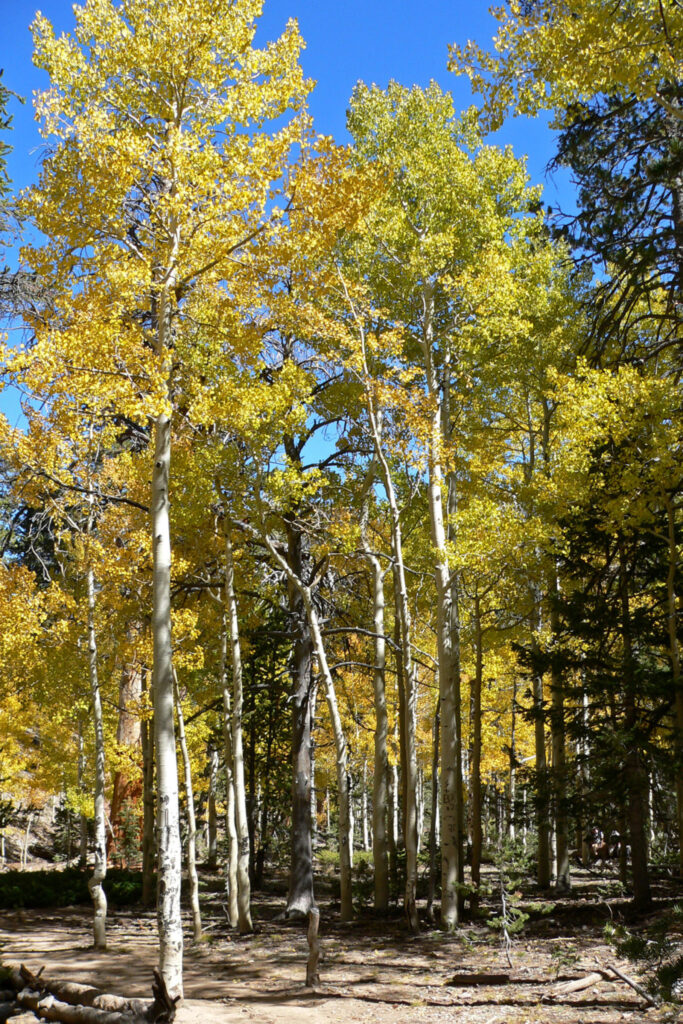 Working with researchers from the University of Utah, Trugman developed models to predict how future forests may respond to these opposing climate change influences.

“What’s really interesting and particularly novel about this study is that it also looks at how trees can and whole forests can actually adapt to mitigate this stress,” she stated.

For every molecule of CO2 that a tree obtains through its leaves, it loses water molecules. To reduce water demand at the individual level, trees can decrease leaf area to alleviate some stress from increased atmospheric dryness.

Forests with fewer trees may have less mortality risk during dry events than forests with more trees due to less competition for the finite water supply, according to Trugman. The researchers thus represented potential forest or ecosystem-level adaptations in their models as water demand stability.

In their models based on conditions from 20 continental U.S. forest locations, the collaborators used optimization theory, working with best-case scenario features to measure how well a tree can persist in current and future climates. For example, attributes included optimal leaf area and the maximum amount of carbon a tree can assimilate within a certain period.

“Basically, we wanted to make sure that the amount of biomass that was being supported wouldn’t result in any mortality events due to water stress for scarce resources,” Trugman said.

The forest models were simulated over a 30-year period with forecasted future weather until the year 2099.

The scientists found that hotter futures resulted in less production of forest biomass due to mortality or not adjusting quickly enough. From the study, if forests did not adapt, 55% of the sampled climate projections would result in an increase in biomass. The rise of CO2 levels would be great enough to overcome “significant drought and mortality” from warming in these scenarios, the paper stated. If forests acclimated, this percentage would rise to 71%.

“The results are really interesting in that it actually turns out to be the balance of how much warming we expect per degree of CO2 increase that really determines if we see a decreased productivity in forests in the future and increased mortality or increased productivity,” Trugman said.

But she mentioned that at this point, it was not certain how future forests will respond. Based on the different climate conditions used in the paper, the simulated trees experienced different ratios of CO2 increase to temperature increase.

Trugman brought up the “potential” in pursuing study of possible shorter-term responses, including how forest responses might evolve over time and how rapidly adaptation may take place.

“I think there’s a lot of potential to explore what might occur [there] and also what might occur if we try and go after some of these negative emissions scenarios that we might have to resort to given that we’re not meeting the goals aided by the Paris Agreement currently.”