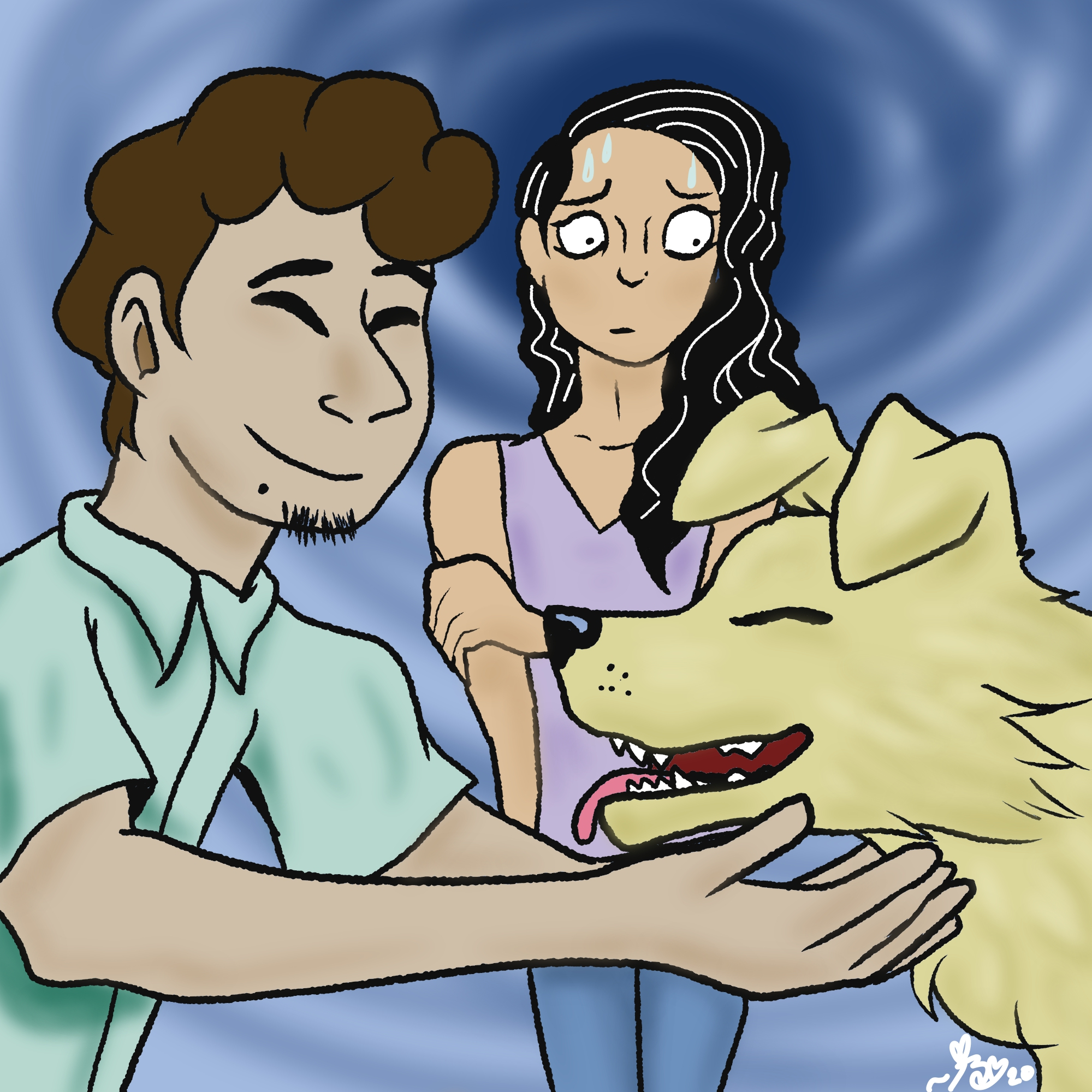 Believe it or not, I actually used to like dogs. After a childhood of scrapbooking puppies from “National Geographic,” who could have guessed that things would turn so sour for me? When I was 4, the brutish, 120-pound Rottweiler next door came charging from my neighbor’s yard and knocked the wind out of me. My parents say that they ran outside and found me sputtering on our front lawn, red faced, limbs flailing, choking on plastic turf.

To my understanding, our neighbor apologized and the Rottweiler was eventually euthanized. I have no recollection of any of this, but all I know is that prior to 2004, I had a poster of the “101 Dalmations” hanging over my bed frame, and now the sight of a dog makes me break out in a sweat. I used to put “Chihuahua” at the top of my Christmas list; now, I fling myself to the far right of the sidewalk if I see one passing in my direction. If I like someone and I find out they own a dog, my romantic interest instantly evaporates, knowing that we could never, ever make it work.

You would not be the first person to call me heartless. When I pitched this article, I was flooded with anxiety, thinking of just how much backlash I would receive as a public dog hater — and I understand completely. Dogs are cute. They make up over half of all the pictures on the subreddit r/aww. Dogs are commonly considered some of the friendliest and most sociable animals to live alongside humans and have also been shown to improve the overall happiness of their owners. People adore dogs, and when I let them in on just how uncomfortable their furbabies make me, I am invariably met with outrage:

“What the hell is wrong with you?”

I didn’t know how persecuted I would be until I stopped liking dogs. One moment, I was just a kid chilling on a front porch in Los Angeles suburbia, and before I knew it, I was firmly placed in the camp of “heartless,” “unfeeling” and — this enraged me the most — “boring.” For a culture that loves dogs unconditionally, such are the labels for people who don’t like dogs. I seethe quietly at all of them.

It feels like an illness not to get along with canines. I’m on the outside of a fan club I don’t understand, where dogs are supposedly nothing to be scared of, and I only wish everyone could see the havoc inside my knotted, lump of a stomach when a dog walks by. My heart beats twice as fast. Seeing a dog feels like I’m letting it crawl up inside my belly. Some seem to think that my dislike of dogs comes from my “unfeeling”-ness, but much to the contrary: I feel too much when I’m around dogs, and it’s the reason I avoid them at all costs.

“Heartless” and “unfeeling” are labels that are not only overly harsh; they ignore the fact that we all have different experiences with animals and refuse to give people who don’t like dogs the benefit of the doubt. Irrational fears are often hard to explain and even harder to hustle someone through. Forcing someone to put up with dogs isn’t easier than forcing someone to part with them, or so say my blood cortisol levels.

I was disappointed to see that the New York Times published something just as harsh in a Letter to the Editor: “To share your home and heart with an animal requires empathy,” Daphne Case writes. She responds to an earlier report of Donald Trump being the first president in over a decade not to own a dog while in the White House. “A man who willingly puts young children in cages clearly possesses not a shred of empathy, so it is no wonder that he hates dogs.”

I feel too much when I’m around dogs, and it’s the reason I avoid them at all costs.

My heart sank when I read that. Trump’s migrant separation policy is dehumanizing to say the least, but I wish the dog had not been roped into a long history of horrific immigration law. And I wish that the choice to not own a dog was something that could be boiled down to preference rather than revealing something sinister about the human psyche. Trump is not the best example, but I’d like to counter by saying that you can empathize and deeply respect animals despite your dislike of them, the same way you can be horrified by the treatment of children while not necessarily wanting children yourself.

In my experience, asking people why they love dogs yields remarkably similar responses to asking people why they can’t stand dogs: the reasons are often vague, and are influenced by gut feeling more than anything. Disdain is far from a personality defect. I think of it no different as liking cilantro, or preferring  your eggs over easy.

When I think about my relationship with dogs, the person that most often comes to mind is Chandler Bing from the 1994 sitcom “Friends,” who hides a lifelong phobia of dogs by claiming he’s allergic to them.

Prior to Chandler, I had never related to a character on daytime television so strongly. “I don’t want you guys to hate me, but I don’t think I can be around that dog anymore,” Chandler declares. “Either the dog goes, or I go.” A silence fills the room. “Oh my GOD!” he exclaims — in classically Chandler inflection — realizing, as I eventually did, that life would be fraught with significantly more disagreements for me now that the dogs weren’t on my side.

I’ve come to learn that people and their pets come in packages: I don’t have the right to force somebody to get rid of their dog just as they can’t force me to live with one. I’d be lying, however, if I said I never fantasized about a more idyllic compromise between dog lovers and dog haters. Could the two of us ever get along? If only we could come to a mutual understanding: that if I can’t fall in love with your Canis lupus familiaris I still respect you and your dog very much.

Jennifer Sor is a second-year student who still thinks about that Rottweiler from time to time.

Do y’all have to bring Trump into every discussion, even about dog hatred? But anyway, I’m a dog lover, but lots of people are indifferent towards dogs. That’s okay. But what you have is an irrational fear. I mean, chihuahuas? Come on, that’s not normal. I’ve been attacked by three dogs, but it hasn’t put me off the species as a whole. You gotta talk with your therapist, Jennifer. That being said, you don’t deserve any hatred you’re getting, but people are judgmental jerks.

were you attacked when you were younger than the age of five and did the attack lead you to choke on plastic terf? The child was probably fearing for her life and this was probably a traumatic event in her childhood. Maybe the adults around her didn’t do a lot to reverse her fear at a young age. Congrats to you for not being fully and severely traumatized by your three dog attacks. If I, as an adult, was attacked by a dog to the point where it pummeled me into the ground and made me choke on the dirt… Read more »

OP here. One attack occurred when I was 3, another when I was 6, the last when I was 12. The first and last were pretty bad, the second more mild. But why on earth would an attack out you off all dogs, even the small yappy ones? That isn’t normal, and it’s quite indicative of a severe inability to process trauma. That being said, people shouldn’t care if one person or another doesn’t like dogs, but the author definitely has some issues that need resolving.