The Daily Nexus
Opinion
College Coitus: The Double Standard Has Got to Go
January 14, 2020 at 8:00 am by Hazel Siff 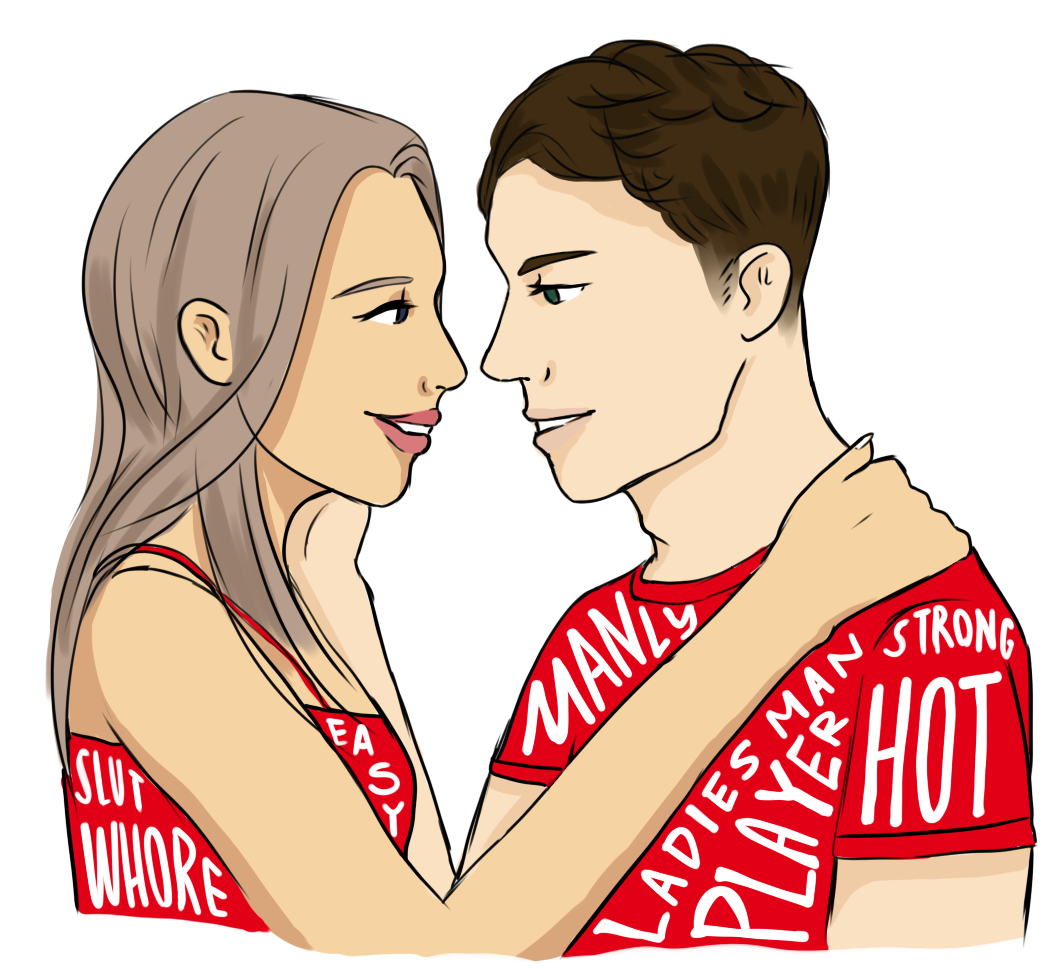 The sentence, an incoming text from a friend who had just begun college, appeared on my boyfriend’s screen and smacked me in the face. I know that the issue of double standards between men and women as it pertains to gender is not a new one. What I don’t understand is why it still exists.

Most people come to college excited to gain new and adventurous experiences. For many, this includes exploring their sex lives. It seems as though having many wild sexual encounters is an expectation of the normal male college experience, and men rarely get shamed for their Friday-night decisions. And yet, I see women being shamed all the time for having similar experiences. Words like “hoe,” “thot” and “bitch” are used every day around Isla Vista. The idea of a girl “giving it up easily” and thus being “easy” is seen as an absolute atrocity, yet the more girls a man can bed, the better.

To be honest, I don’t believe that the idea of having sex with random strangers multiple times a day on a regular basis should be a celebrated norm for anybody. This is for many reasons, but namely because sex is often such a personal and emotional experience and because of legitimate health risks associated with this activity (namely STIs). However, I also believe that neither my, nor anyone else’s, personal feelings about sex should affect anyone else’s choices. I think that a lot of girls make decisions about sex that they wouldn’t make otherwise because they feel judged or shamed by society. For instance, I know a lot of girls who are concerned about keeping their “number” down in order to avoid having a high “body count,” meaning that they deny themselves the full range of sexual experiences they desire to have.

I am sick of the idea that a girl isn’t the “bring-home-to-mom type” because she makes even a third of the choices that a man might make regarding sex. I am sick of seeing men get high-fives for behavior that would earn a woman a reputation that could follow them around for the rest of their lives. I am sick of hearing horrible stories about the “hoe” or “school bike” of people’s high school classes.

I am sick of the fact that the guys that choose to be especially promiscuous often shame the very girls they are involved with. At the very least, they should respect these women who are making the exact same choices as them. Of course, I hope that all women respect themselves and make choices that they are comfortable and content with. Everyone should hold themselves accountable for taking care of themselves and making healthy choices. And yet, we shouldn’t make it our business to tear down those who we see doing things differently.

Everyone is entitled to and has a right to their personal preferences and beliefs, but must we always make other people’s business our business? We are all on our own paths, learning from our own decisions. Your body is your choice. All that should matter to other people about your decisions is that they are safe ones.

Hazel Siff wishes people would keep their noses out of other people’s sex lives.

Nobody should be whoring or man-whoring their way through college, but it’s easy to see why the standards are different for both sexes. For one, studies show that both sexes’ ability to pair bond and forge lasting relationships decrease as their body counts rise, but the effect is much more marked on women. Women with 15+ sexual partners have an under 20% chance of staying married to their first husband, for example. Also, guys get lauded for landing “hoes” because it’s not easy for men to do. For most women, if they aren’t deformed or hideously overweight, can bang 40… Read more »

A key that opens many locks is a master key.
A lock that opens for many keys is not a very good lock.

On this topic, It’s rare to read an intelligent comment like this. That the author remains anonymous perhaps says something about what’s going on in our society as well.

Sex is a spiritual union – leaving footprints on the soul – you carry parts of that person around for life – its metaphorically like gluing 2 pieces of computer paper together and then trying to tear them apart.

Lol @ pretending that men don’t face a stigma around their sexuality that is as bad as or worse than the one women face. Feminists hold “Slut Walk” rallies celebrating female promiscuity whilst also portraying the male sex drive as rapacious and predatory. Maybe “equality” would mean that women need to start living in fear of cancel culture coming after them over some drunken encounter as well.