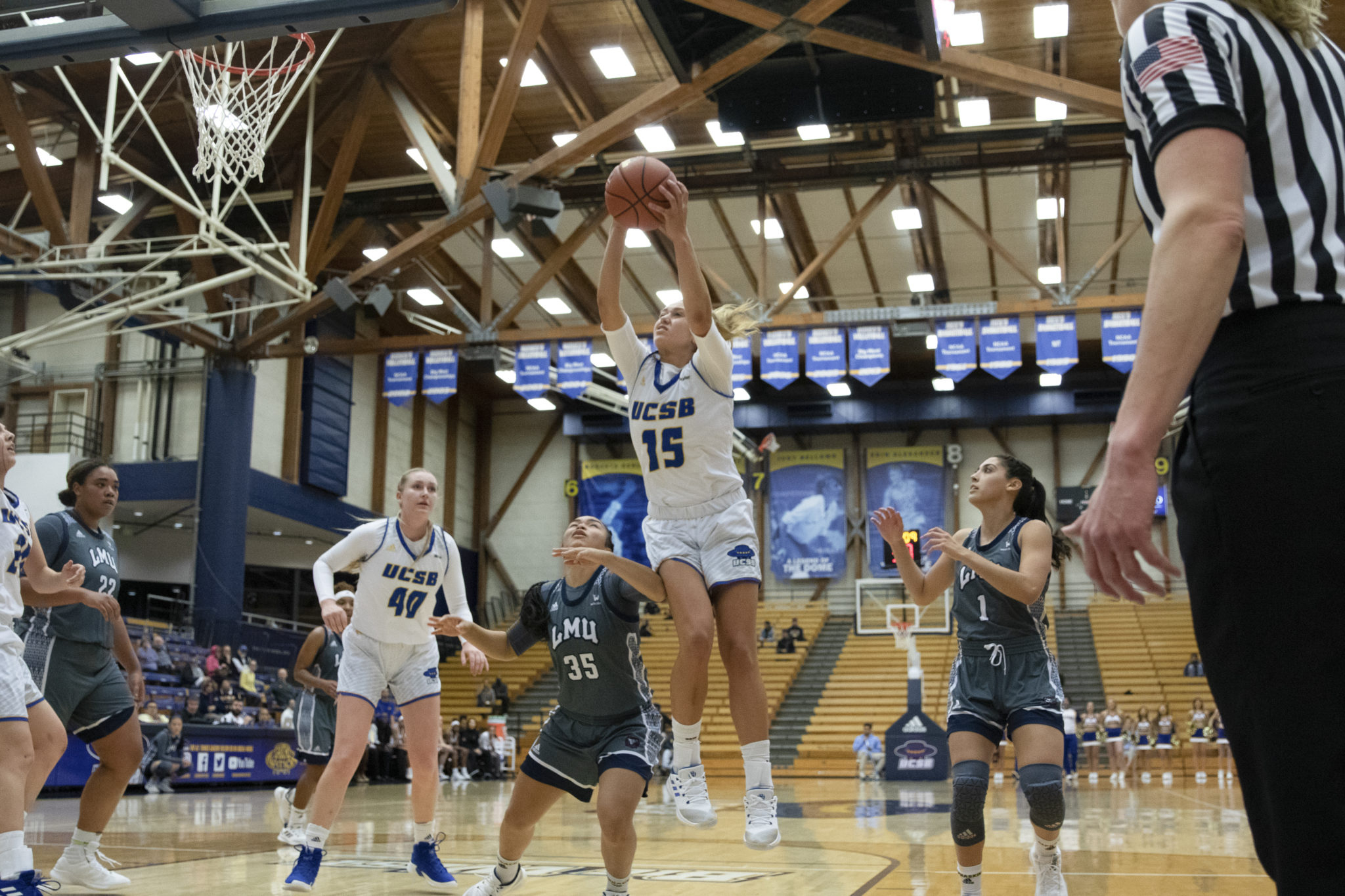 Despite leading for more than 30 minutes on Thursday, the UCSB women’s basketball team fell short against Cal State Fullerton, losing 70-68 in overtime.

Coming into the game against the first-place Titans, the Gauchos knew their success would largely hinge on their ability to stop Raina Perez — a third-year guard averaging nearly 23 points per game for CSUF. For four quarters, the UCSB defense executed their game plan to perfection, holding Perez to 16 points on 23 shots. With swarming perimeter defense — as well as the looming presence of 6’4’’ freshman center Ila Lane inside — Perez was consistently forced to jack up contested midrange jumpers.

Despite Perez’s struggles in regulation, Fullerton managed to hang around against a motivated Gauchos squad. Every time UCSB looked poised to run away with the game, a resilient Titans team would answer with a run of their own. After trailing by as much as 14 in the second quarter, CSUF finished the half on a 12-0 tear, led in large part by junior guard Taylor Turney. With the Gauchos keying in on Perez, Turney took advantage of the extra space, finishing the game with 20 points on 9-16 shooting from the floor — including a vital 13 points in the first half.

“We made some adjustments on Turney [in the second half], but it was too late,” Head Coach Bonnie Henrickson said.

The Titans also made some key defensive adjustments in the second half to limit the production of freshman phenom Lane. Lane dominated in the first half, scoring 11 points on 83% shooting. In the second half, however, the Titans began to double and triple team Lane in the post, making her either force a tough shot or try to pass out of the post. While Lane still finished with an impressive 15 points and 15 rebounds, she shot merely 29% from the floor in the second half.

With Lane occupying so much attention, much of the Gauchos playmaking in the second half and overtime fell on the shoulders of junior point guard Danae Miller. Despite coming back from an injury, Miller looked no worse for wear, finishing the game with 27 points and constantly blowing by Fullerton defenders. In the fourth quarter and overtime, Henrickson mostly played Miller off the ball, allowing her to focus on scoring more than running the offense.

Outside of Miller, however, the UCSB offense was largely stagnant in the fourth quarter and overtime. The Gauchos entered the fourth quarter with a 6-point lead, but were held to only 7 points in the entire quarter, shooting 17% from the floor while also turning the ball over four times.

“We weren’t aggressive at all in the fourth quarter,” Henrickson said. “We need to put the ball in the middle of the floor more, and get [Lane] good touches and deep catches.”

After Miller missed a contested layup with 6 seconds left to go, Perez had a deep three rim out, forcing overtime between the two sides.

In overtime, Perez took over, scoring seven of the Titan’s 10 points in the quarter — including a dagger three with a minute to go that gave CSUF a two-possession lead. Even with her cold shooting, Perez finished the game with 23 points, 7 rebounds and 4 assists.

“Turney and Perez are who they are — they are two phenomenal playmakers in this league,” Henrickson said.