2019 proved to be a historic year for film. Blockbusters only grew bigger, with the release of box-office record-holder “Avengers: Endgame” and the conclusion of the Skywalker series with “Star Wars: The Rise of Skywalker.” But through the edges of the sequel-saturated cinema of 2019 came a few uncut gems (excuse the pun) with original and vivid storytelling. This top 10 continues to give me hope that good films will find a home, and with the rise of streaming services, perhaps be viewed by a wider audience than in years past. 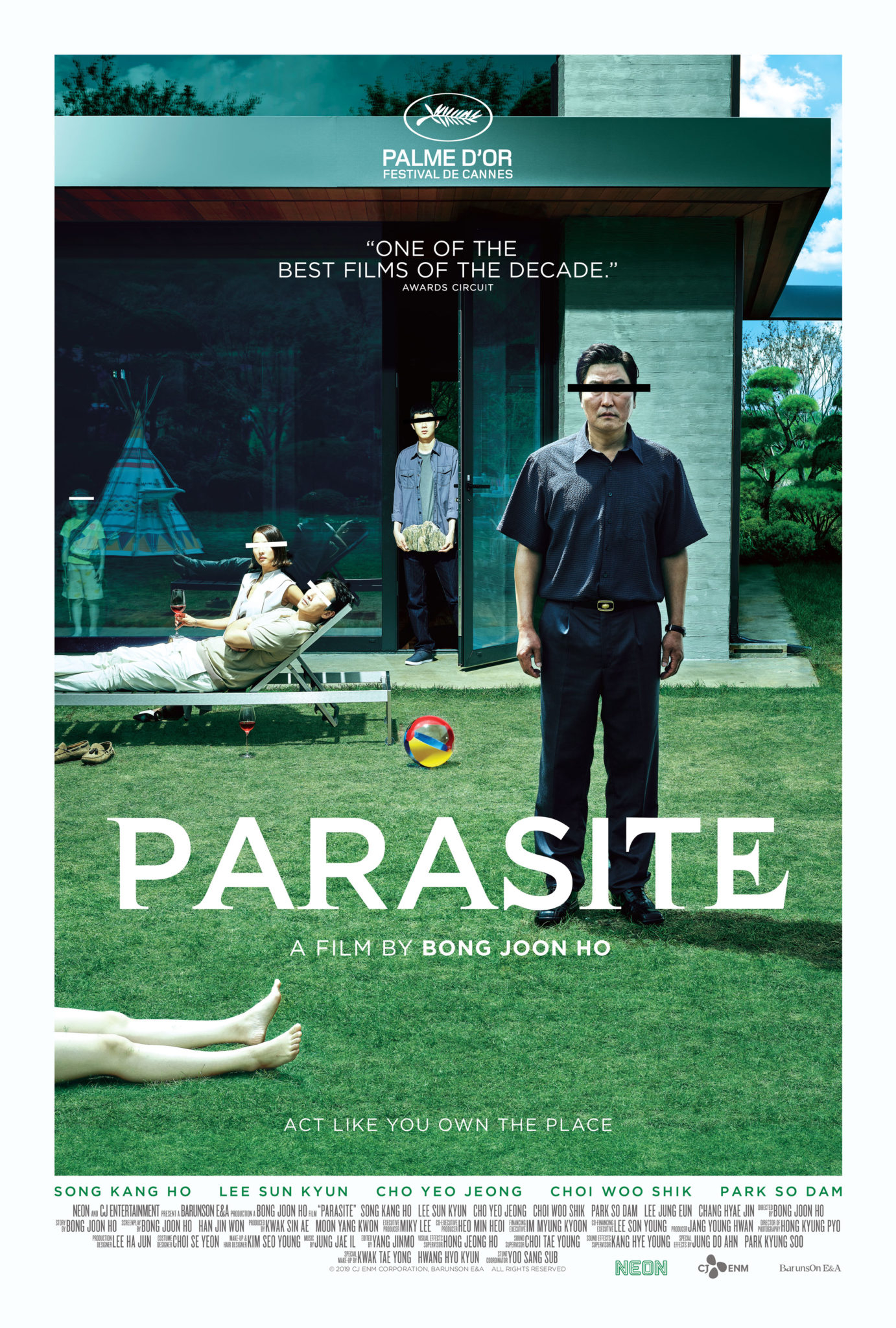 Bong Joon-ho’s Korean masterpiece will keep you on the edge of your seat until the very end. Humorous moments in the film crash right up against the most heartbreaking, and the film succeeds because it does more than thrill. Bong Joon-ho weaves the message of income inequality and the danger of greed into every moment. The result is also visually stunning — I could go on analyzing each frame as if it’s a painting in a museum, but I’ll save the time and tell you that this is a must-see film.

There’s been no lack of adaptations of the beloved 1868 Louisa May Alcott novel, but director Greta Gerwig creates a delightfully fresh take while still remaining loyal to the source content. The film follows the four March sisters through their adolescence and adulthood, but instead of moving in chronological order, Gerwig jumps back and forth through their lives. It’s truly an ensemble masterpiece, but look out for standout performances by Saorsie Ronan as Jo and Florence Pugh as Amy.

Many critics are hailing director Pedro Almodóvar’s latest work as his best. The film is semi-autobiographical, following fictional filmmaker Salvador Mallo through the physical decline that keeps him from filmmaking — the one thing holding him together. Mallo’s decline is cut together with fragments of his past life and the role that passion — and reconciliation of that passion — play in making him whole again. 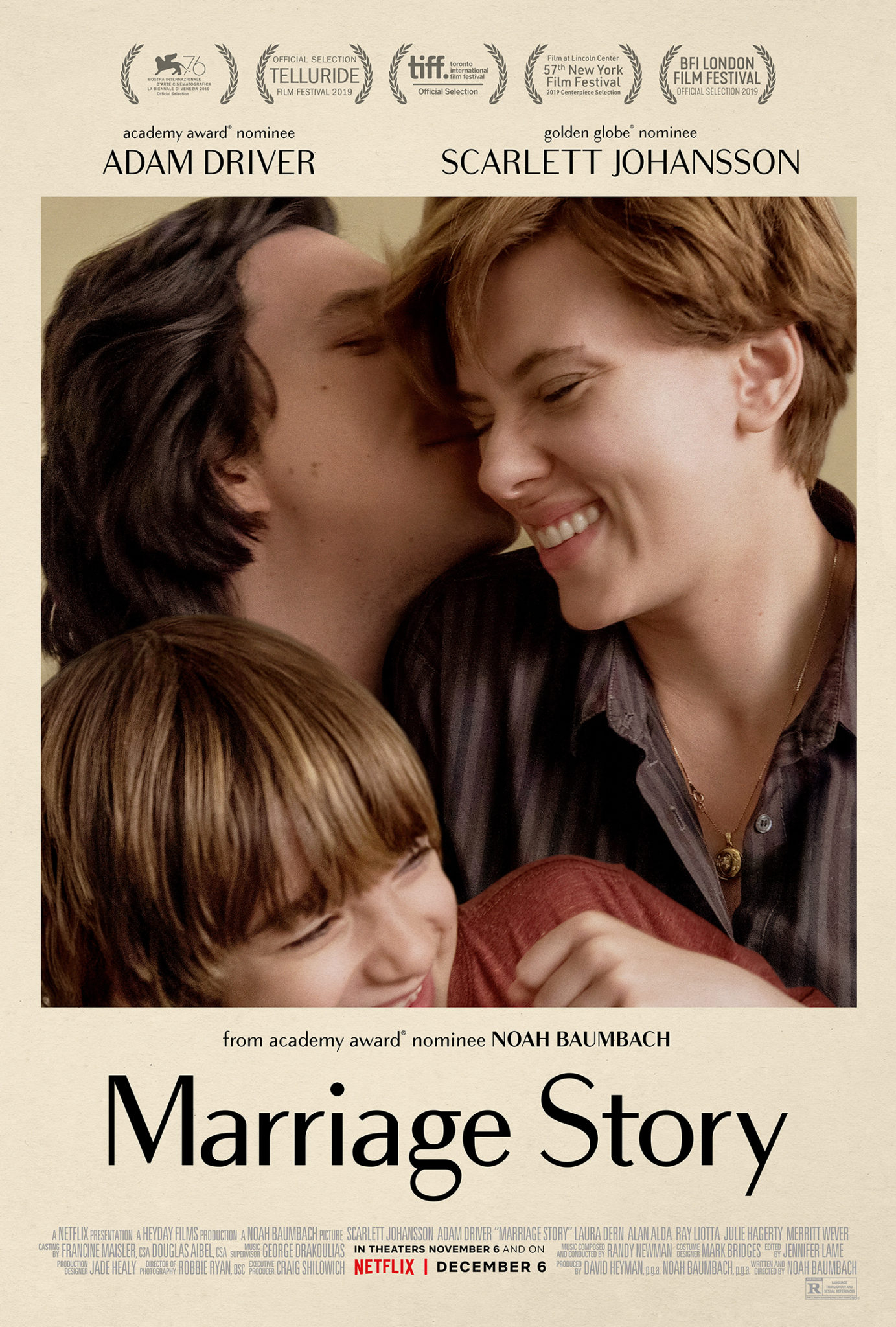 Noah Baumbach’s film about a couple (Adam Driver and Scarlett Johansson) in the middle of a cross-country divorce feels like an intimate play more than a movie. Driver and Johansson do a phenomenal job of bringing us right up close in their characters’ lives as if you were there along with them. Your allegiances to the characters may change many times over the course of the film, but instead of leaving us with a sour taste in our mouths, Baumbach gives us a glimmer of hope, or perhaps the knowledge that just because things may not be the same doesn’t mean they’re worse.

Director Martin Scorsese doesn’t waste a single frame in this three-and-a-half-hour mob drama, helmed by Robert DeNiro and supported by Al Pacino and Joe Pesci. To follow the life of Frank Sheeran (DeNiro) as he rises and falls within the organized crime game is an intense character study that won’t fail to captivate.

All credit to writer-actor-director Taika Waititi for making us feel okay with laughing during a Nazi film. Some of the funniest and most devastating moments of cinema this year happen within minutes of each other in “Jojo Rabbit,” one of the most original and creative film concepts to come in years.

7. Once Upon a Time in Hollywood

Don’t go in expecting the typical Quentin Tarantino style which he has defined himself by over the past 20 years. The film takes its time — over two and a half hours to be exact – following 24 hours in the lives of its two fictional men Rick Dalton (Leonardo DiCaprio) and Cliff Booth (scene-stealer Brad Pitt), as well Sharon Tate (Margot Robbie). It’s a love letter to Hollywood and the bygone era of the 1960s and the film’s ending will have you talking long after the credits roll.

James Mangold’s racing film feels taken from the golden era of 1970s action cinema, resembling Steve McQueen more than anything from the 21st century. An extra nod to Mangold’s efforts to use minimal CGI for racing sequences; the technical caliber of the film is off the charts.

Rian Johnson’s whodunnit film isn’t really a whodunnit at all; the film subverses the genre to create a masterfully executed film filled with twist after twist and a great ensemble cast to keep the fun going throughout.

Lulu Wang’s film, “based on a real lie,” as it announces itself, follows Billi (the brilliant Awkwafina) as she goes back to China with her family to see her dying grandmother — who doesn’t know she’s dying. It is a moving portrait of the funny, emotional ways we grapple with death and the importance of family.

Honorable mentions: 1917, The Lighthouse, Last Black Man in San Francisco, Toni Morrison: The Pieces I Am, Les Misérables, Tell Me Who I Am, Honey Boy And Then We Danced