The Daily Nexus
News
A Blacksmith of Education: UCSB Professor Talks Forging the Tools for Success
January 9, 2020 at 12:03 am by Max Abrams

While growing up in Oakland, California, Victor Rios lived a life defined by struggle. He joined a gang, dropped out of school twice and had three felonies to his name — all before he was old enough to drive. His best friend was murdered in a gang fight, and shortly after, his uncle was shot and died in front of him as he bled out waiting for an ambulance. 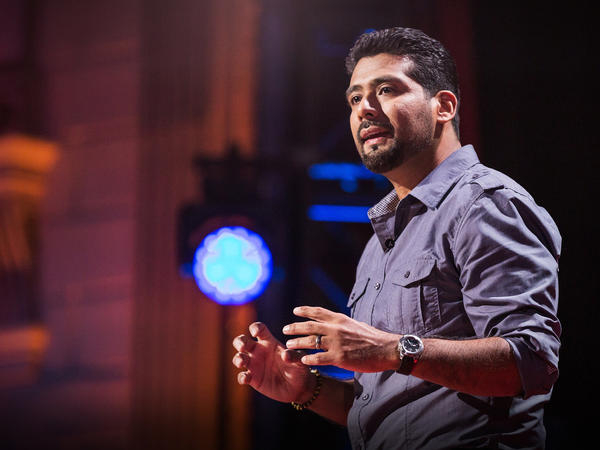 At UCSB, Rios studies underprivileged youth with upbringings similar to his own. Courtesy of Ryan Lash

After facing gun violence, poverty and homelessness from a young age, Rios said he felt left abandoned by society.

“When I was 15 years old, I saw myself being dead or in prison by the time I was 18. That’s just my environment,” he said in an interview with the Nexus.

But neither of those things happened. Through perseverance and mentorship, he reshaped his destiny.

Rios, 42, is now a professor in the sociology department at UC Santa Barbara and the subject of a new documentary called “The Pushouts,” which traces through 25 years of his life and his work with a youth center in Watts.

At UCSB, Rios studies underprivileged youth with upbringings similar to his own. Akin to finding a cure for a disease, Rios said “there is no silver bullet” in solving the problem of underprivileged youth and social disparities. But after 15 years of research, he said he has noticed a pattern.

“But for many of us, we might not have that Yoda.”

And for a long time, Rios himself didn’t.

But one day, while sitting in a high school computer science class, his teacher, Flora Russ, extended him an offer he had never been given before.

“[Russ] would always say to me when she saw me at school, ‘Victor, you might not be ready right now, but when you’re ready, I’ll be here for you,’” Rios said.

“When I was having a really tough time, when I hit rock bottom and my best friend had been killed and I was looking for that opportunity, I talked to her,” he added.

Russ told him that she’d be glad to help, but he had to put in the work to make it happen. At the end of high school, Rios graduated on time and went on to receive his bachelor’s degree at California State University, East Bay and later attended graduate school at UC Berkeley.

Rios said Russ was different because “she cared for the whole person.” She enabled him to consistently spend time in school instead of on the streets and would “even go to my house and look for me and ask how I was doing.”

His personal experience with Russ cemented his belief in the importance of using guidance as a key for success. Along with empathy, which Rios described as “step one” to supporting students, the role of a teacher and education system should not only tell students how to succeed but also show them, he said.

Rios finds that the education system has a habit of pushing students aside that can’t keep up, leaving them stuck where they are. Instead, Rios believes that every student should have the power to control their education without the threat of being told “you’re not ready. You’re no longer part of this career trajectory.”

This style of education is otherwise known as mastery learning, according to Rios, in which students are encouraged and supported in their studies by using tools and resources provided to them to achieve their goals.

Mastery learning contrasts traditional classes, Rios said, where “the first thing you hear from a professor is, ‘Welcome everyone. Half of you are going to fail this class,’” leading to student drop out.

But using the label “dropout” puts blame in the wrong place, according to Rios. Instead, he uses the term “pushout” to better address the situation.

“When we label a kid a dropout, it puts all the blame on them, ignoring whatever issues the student may have,” Rios told NBC. “Pushout is a better term, because it forces schools and educators to think about who they are failing, and what they can do about it.”

If educators encouraged more than discouraged, Rios believes students would experience a system that supports them at their lowest and lends a hand when they’ve been knocked down.

A good example is in the classroom, where Rios said students’ academic outcomes are increased when teachers hone in on the emotional side of their students, which can take as little as five minutes per class.

As a professor, Rios does just that and supports students in the same manner he said Russ supported him: with acceptance and empathy. When students approach him for help, Rios acknowledges that he’s not a “mental health expert,” but as a mentor, will always do what he can.

“To have a college student come to you and say, ‘I’m feeling a little broken inside,’ and kind of brush it off — you can’t do that,” Rios said.

After the 2014 tragedy in Isla Vista, Rios, alongside a handful of other professors, began hosting “midnight office hours” in Isla Vista to offer students an outlet for support. The idea came out of empathy, according to Rios — he and his colleagues wanted to support students at a time when emotions were at a high and hope was at a low.

“Students would get a kick out of it because some of them would show up drunk with tequila bottles in their hand. They’d call me by my last name … and we just sat there, a group of professors, and talked to students,” Rios said.

“Some of them, though, you could tell they were lonely. They were roaming the streets of Isla Vista on their own, sober. But [they] just needed someone to talk to,” he added.

On a larger level, Rios would like to see society move away from some of its “punitive” qualities and opt for more compassionate methods, such as restorative justice and giving students second chances. In turn, Rios envisions a society where people are more empathetic to one another’s struggles.

With his own life experiences in mind, Rios said he is dedicated to helping others go about their lives in a way that makes them feel supported — and never alone. “My noble purpose is to help those that are suffering and struggling to find a way out, and then have them go and help others,” he said.

“That’s how we build a more compassionate world.”

A version of this article appeared on p. 3 of the January 9 edition of the Daily Nexus.