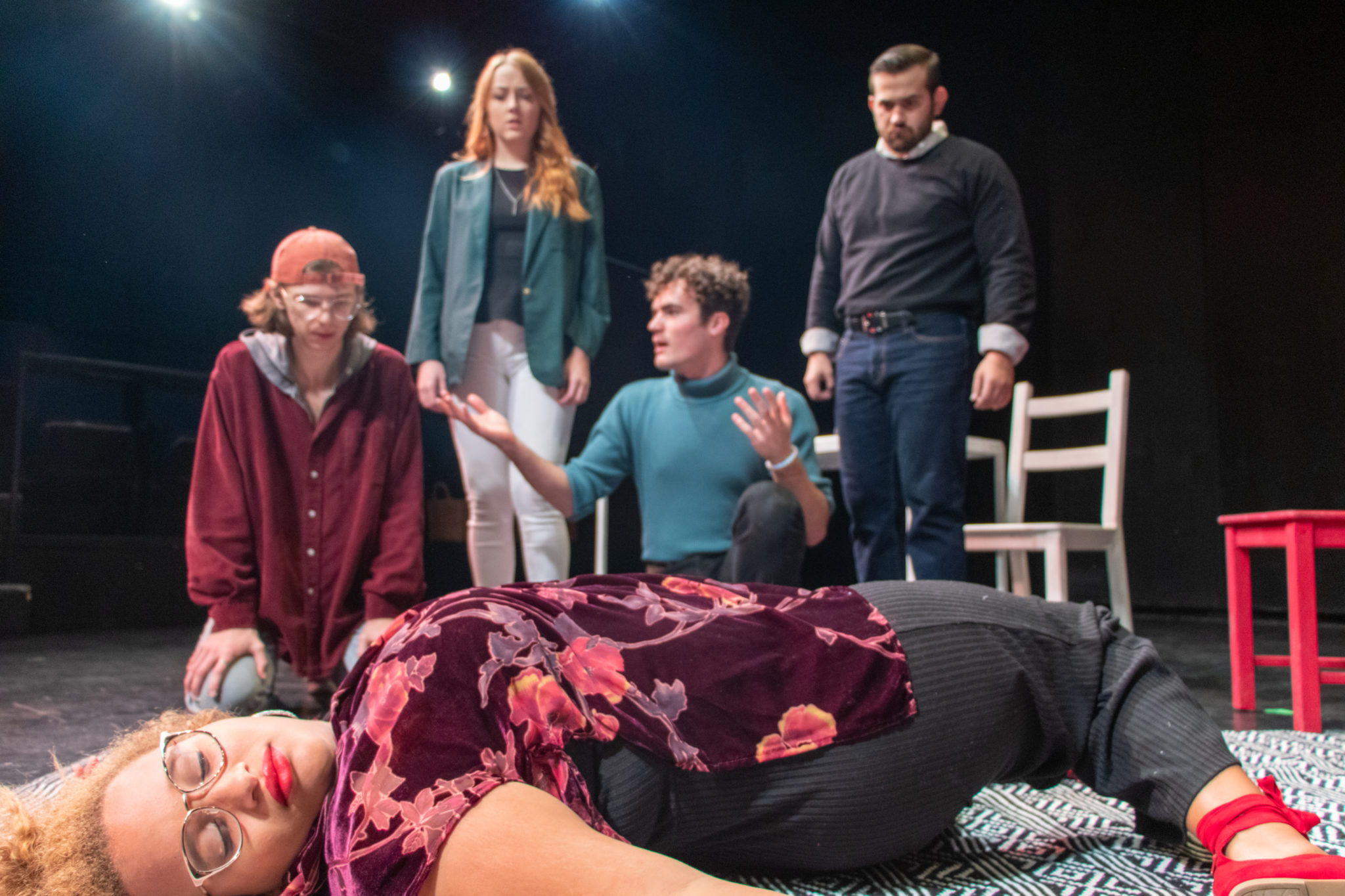 “The White Card” first made headlines earlier this year when tickets for its debut performance nearly sold out in New York, and its recent first showing at UC Santa Barbara’s Studio Theater drew in a packed house.

A poet-turned-playwright, Claudia Rankine began writing “The White Card” after she was approached at a public reading of one of her poetry books. A crowd member, a white man, wanted to know what he could do to “help” Rankine, who is of Jamaican descent. “I think the question you should be asking is what you can do for you,” Rankine said in response.

The man’s reply was scathing: “If that’s how you answer questions, no one will ask you for anything.”

This encounter would seed Rankine’s inspiration for “The White Card,” and it parallels the events of her play: Charles, an art collector, invites the African-American artist Charlotte over for a dinner party. Charles has taken an interest in Charlotte’s work, which exposes the everyday microaggressions directed toward African Americans. When he offers to “help” Charlotte by buying her art, a discussion on race and politics quickly upheaves his dinner party, leaving the guests — and the audience — deep in thought.

“The White Card” explores the polarizing effects of talking about race, bringing the audience’s attention to race relations, white guilt and how people are so hesitant to acknowledge their own privilege. Rankine poses the question to her audience: When speaking about race, should we be focusing on the people who are oppressed or the people who are the oppressors? In other words, is it in society’s best interest to talk about the black man who was shot or the white cop who shot him? 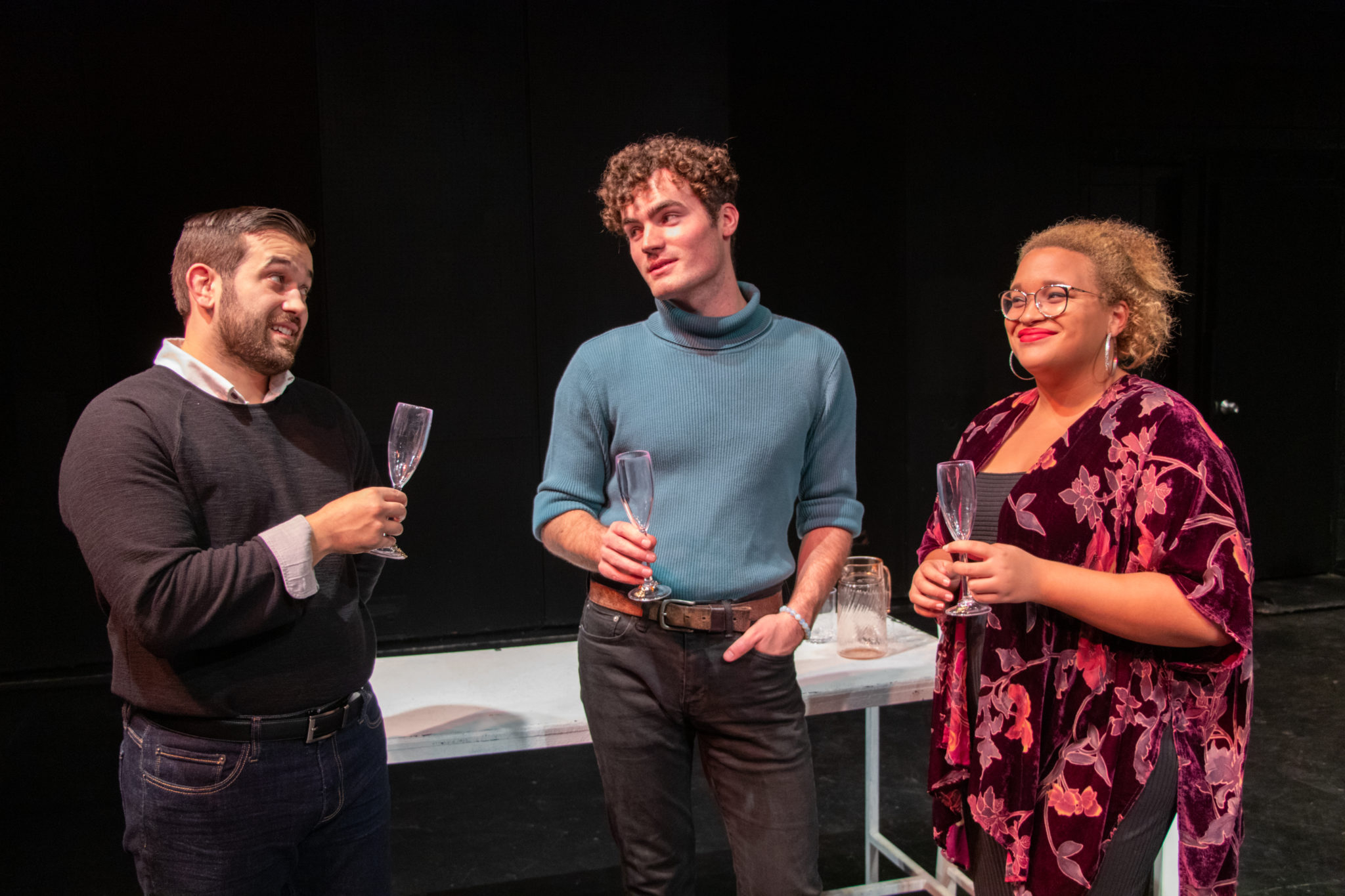 The two-act production seeks the answers to these questions and is better described as a debate rather than a traditional play. The entire show, which runs for an hour and seven minutes, lacks a substantial plotline, leaving the viewers to witness a heated argument on the issue of race between multiple characters. However, the lack of plot progression makes it hard for the audience to initially get invested, and in the end, Rankine’s argument-heavy script feels unfit for the stage.

In fact, watching the play feels exactly like being invited to a dinner party with the audience as the guests awkwardly observing a five-sided fight unfold. The characters bring up a series of political hot topics, which — in addition to being a dinner-party faux pas — forces the audience to think about issues that are uncomfortable to contemplate and even more uncomfortable to hash out, such as privilege, racial microaggressions and — the most uncomfortable of them all — white guilt.

Viewers may also find it difficult to follow the characters’ debate as the dinner party escalates, with Rankine hurling artistic allusions, political references and sharp-witted rhetoric toward the audience at rapid-fire speed. The dialogue between characters errs on the clunky side, the script being full of non-sequiturs that make the overarching purpose of their conversations unclear: “Fantastic food surrounded by such beauty,” Eric (Cooper Von Bruhns) said. Alex (Johnathan Buhrer) is quick in his reply: “How can you talk about beauty when there are Nazis in the white house?” 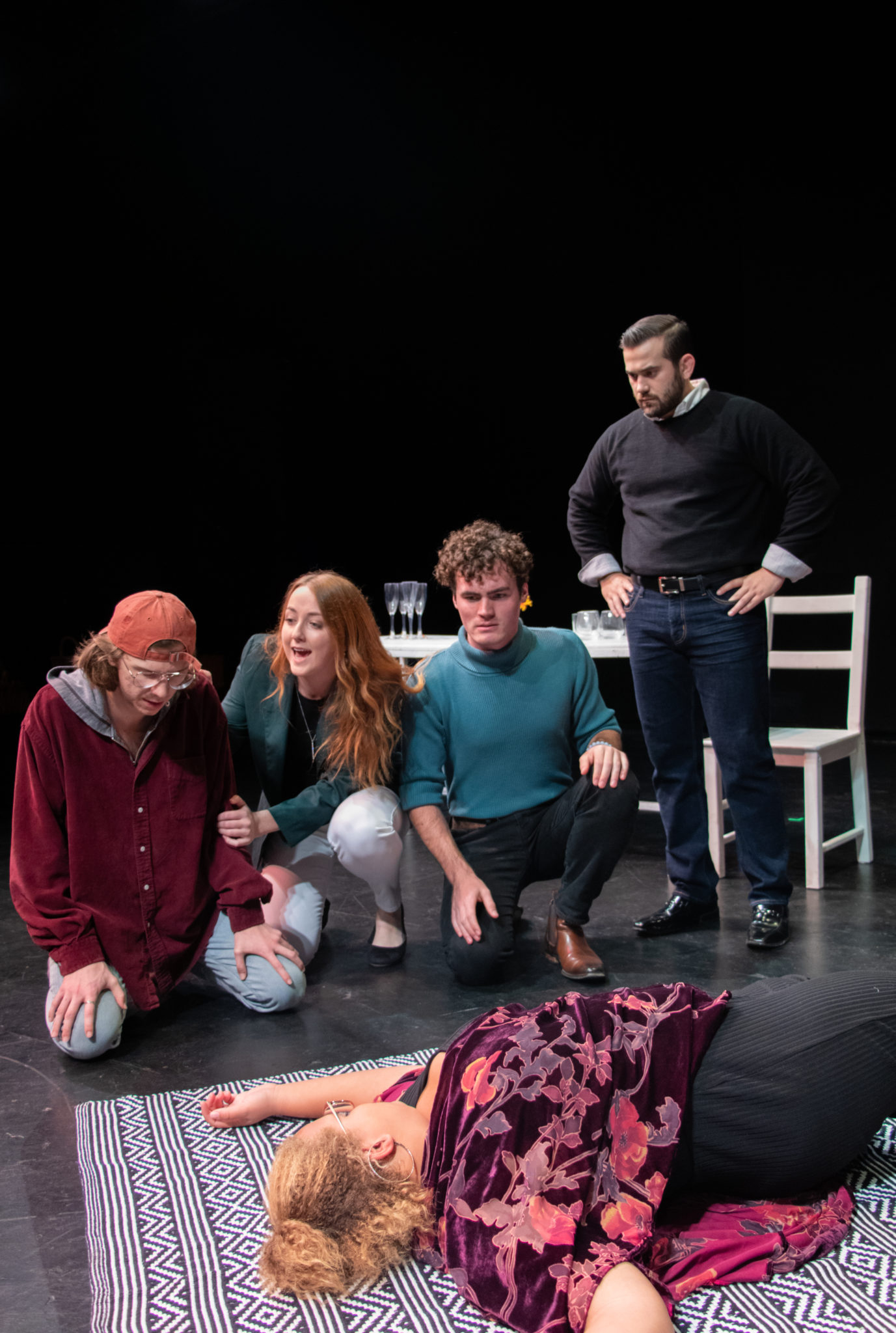 Hearing provocations like these is as stressful as engaging in a debate yourself, which goes to highlight one of Rankine’s overarching points: Having an honest dialogue about race is uncomfortable for nearly everyone, a truth Rankine never lets the audience forget. As a result, “The White Card” is incredibly thought-provoking, portraying a sensitive, nuanced perspective on how race permeates throughout our society.

Additionally, the play is beautifully executed as the skill of the cast was palpable onstage. While there is little to no action in the play, the actors make up for this uneventfulness with raw displays of emotion, capturing the outrage that comes with having such tense conversations.

The stage direction was also quite masterful, with the characters’ conversation being interrupted by short, performative segments which add an extra layer of meaning to the production as a whole. As Charlotte argues with Charles, a red light descends onto the stage and the other characters circle robotically around her, caging the frightened Charlotte into a corner. The choice of lighting and stage direction gives the play a surreal quality in scenes like this, imploring the viewer to think more critically about race and the ways we as humans inadvertently estrange ourselves from each other.