Tucked away on State Street is a little “shop” known as Mosaic Locale. Inside the center are three different artisans packed behind one counter: Draughtsmen Aleworks, a brewery specializing in small batch beers; Buena Onda, an Argentinian empanada spot; and finally the illustrious Hook & Press. Hook & Press is a donut shop unlike any other in the area. They specialize in Instagram-worthy donuts and the pictures online were nothing compared to the real thing. 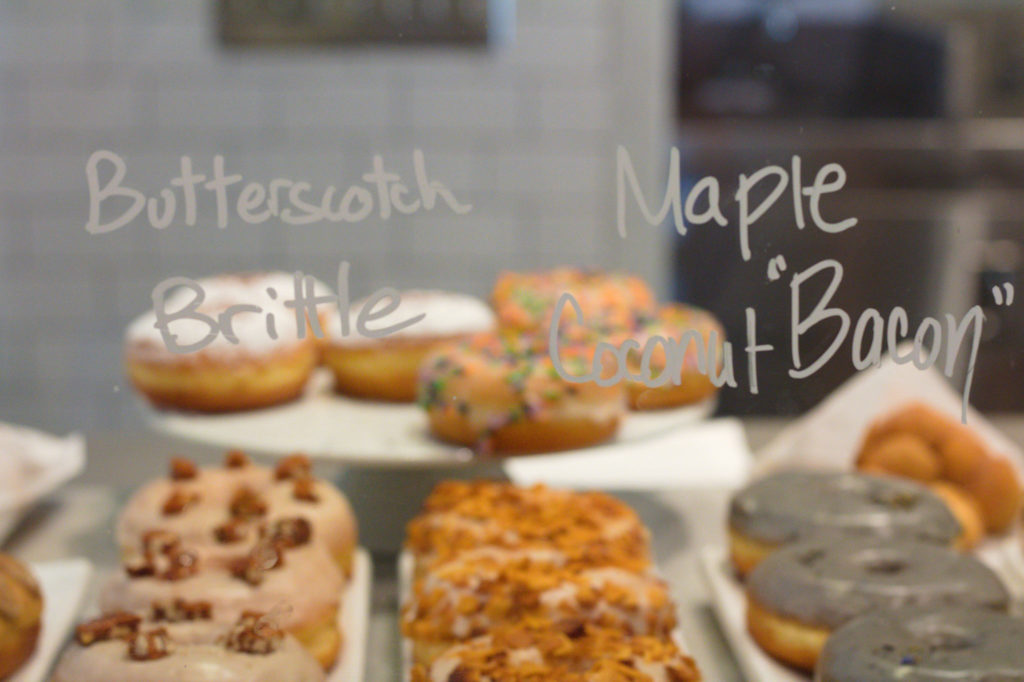 The Hook & Press website tells the story of how John Burnett went from a former banker to a passionate baker and conceived the idea for Hook & Press back in 2014. Burnett officially opened Hook & Press in October 2018 and since then, it has cultivated a strong fan base in SB, being known as the only shop that specializes in artisan donuts.

From the moment you walk in, the display case invites you to take in all the flavors and designs. The woman behind the counter informed me that H&P changes their flavors every season and while a few are constant tenants, the rest rotate through. Behind her, there was a large chalkboard displaying their prices for a single donut ($3.50), a dozen donuts and the variety of coffees they sell. The display case held about six different flavors, with choices ranging from Horchata Crumb, P.O.G (Passionfruit, Orange, Guava), Pumpkin Spice Latte and a range of donut holes. My partner and I decided upon the Coastal Fog for him and the Snickers for myself.

Outside the small venue is a quiet patio where one can relax and enjoy their food while watching people strut down State Street. We chose a table and took a moment before biting into our donuts. They were wider than our hands and generously covered in their respective toppings. 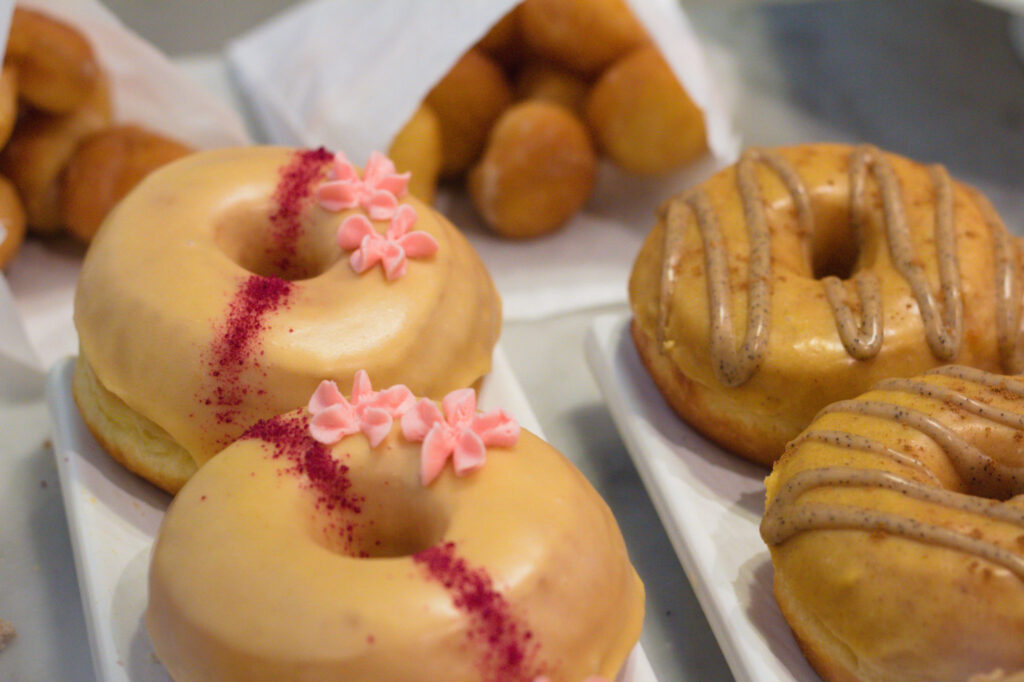 Upon the first bite, it felt like I was in a chocolatey fever dream. The donut itself was fluffy and felt light but was covered in a decadent frosting with lines of caramel and other chocolate sauces. As someone who had a deep chocolate craving that day, it satisfied me to my soul. The caramel was a bit sticky to hold but it was a small price to pay for indulgence.

My partner, Sean, chose the Coastal Fog and was not disappointed. He remarked at how the flavor stayed steady but was never overpowering. He was kind enough to share with me and I liked how soft the flavor sat on my palate as opposed to the strong chocolatey flavors of the other. Sean spent much of his childhood in England and was able to confirm that it tasted like an authentic London Fog with an SB twist.

Overall, while it may not be the best choice to slide through every day, health-wise or budget-wise, these donuts are the perfect way to satisfy your cravings and indulge in pastry goodness. If you have friends or family visiting SB, I highly recommend this spot to make them wish they could come back sooner!