UCSB’s Biological Sciences II Building was temporarily evacuated on Monday afternoon as firefighters responded to a report of a “strong burning smell coming from the sixth floor” that appeared to originate from the elevator room in the basement of the building. 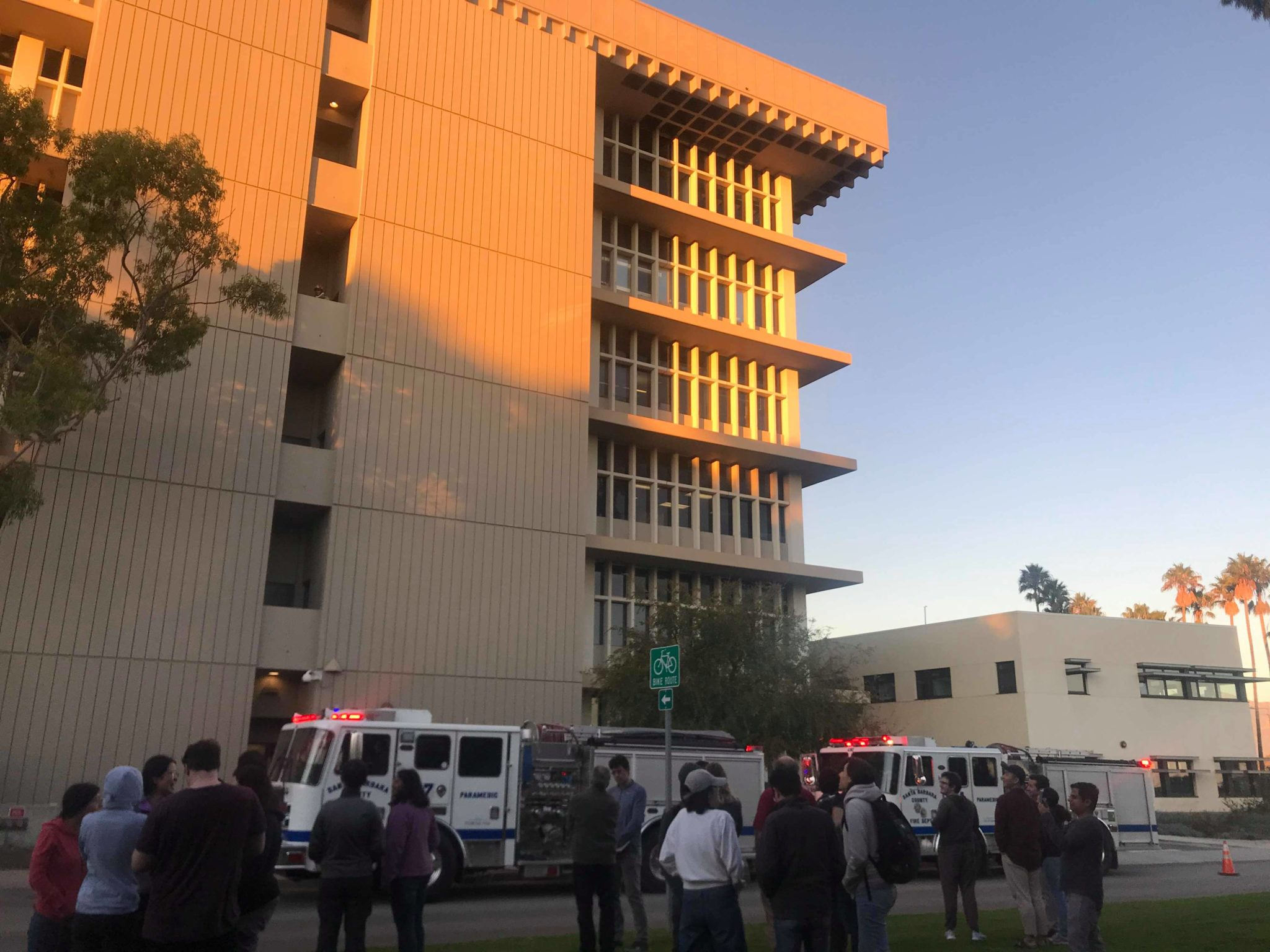 An all clear was given around 4:50 p.m. and students, staff and faculty were allowed to return to the building. Sean Crommelin / Daily Nexus

The report was first called in as a structure fire at 3:56 p.m., but firefighters on the scene soon confirmed that there was no actual fire.

According to police on the scene, workers had been heating and cooling metal near the basement elevator room, which caused steam and the “strong burning smell.”

Officials also said that the fourth and sixth floors were affected.

An all clear was given around 4:50 p.m. and students, staff and faculty were allowed to return to the building.