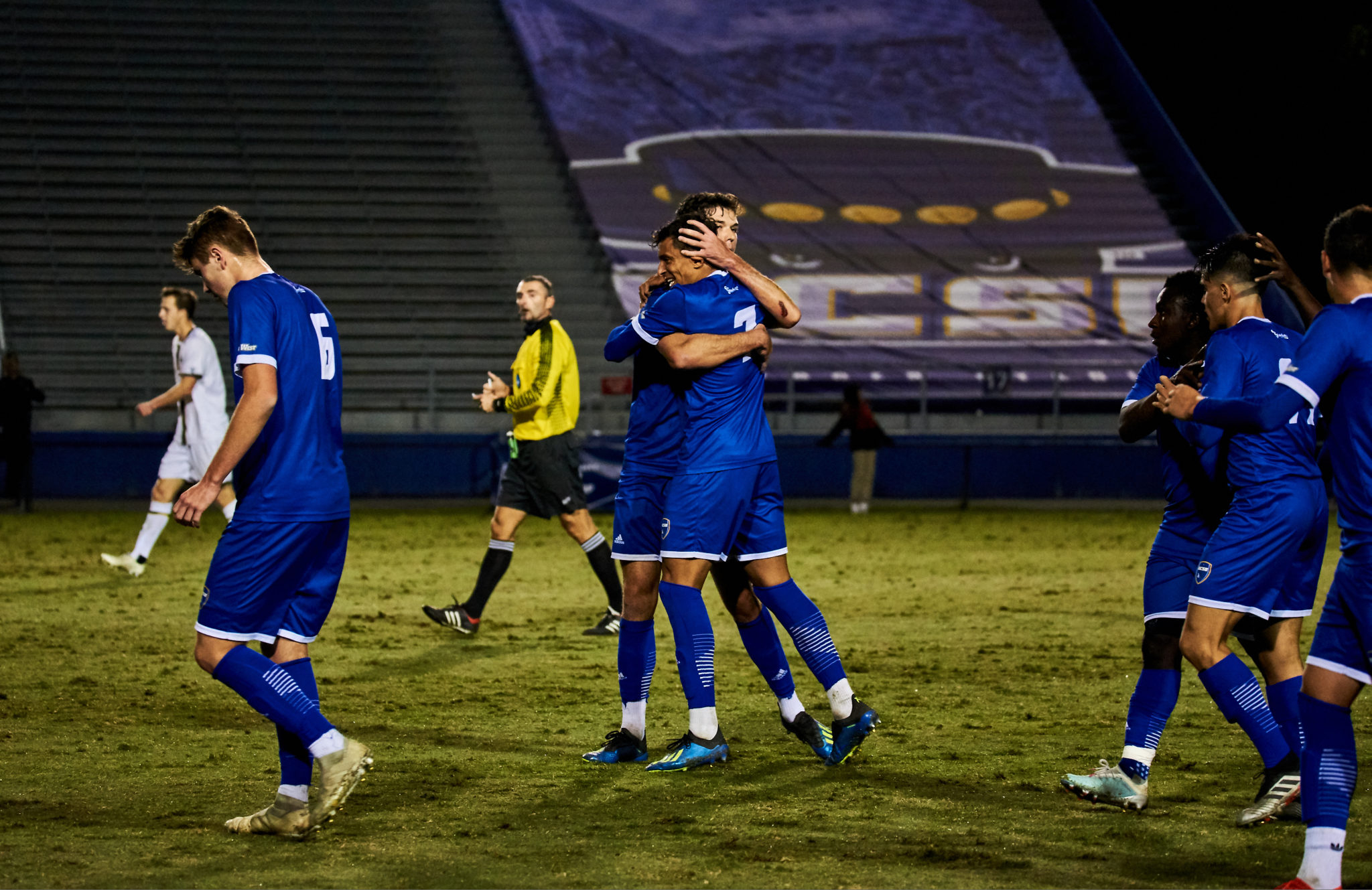 The UCSB men’s soccer team pulled off its greatest victory of the decade on Sunday morning, taking down the No. 5 Indiana Hoosiers in a double-overtime thriller to advance to the Elite Eight stage of the NCAA Tournament.

In an intense battle of attrition between one of the hottest teams in the country and a traditional defensive powerhouse, the Gauchos were the ones who maintained their form and came out on top due to a Will Baynham goal in the 102nd minute.

UCSB set the tone of the match early on with a physical style of play that seemed to throw the Hoosiers off their game.

The Gauchos picked up 3 fouls in the first 12 minutes and finished the half off with a 9-4 fouling advantage. This usually is not a great sign, but in this case, it helped disrupt any offensive momentum that Indiana tried to build, and the Hoosiers were only able to get off 3 shots in the first half.

Neither side succeeded in producing any quality looks as the half wore on.

A Baynham strike from outside of the box in the 42nd minute forced Indiana freshman goalkeeper Roman Celentano to make a diving save, but the two teams went into halftime tied at 0-0.

The Hoosiers had won 38 straight home games up to this point, yet as snow started to pour down onto the field during the intermission, it still seemed as if UCSB had the upper hand in the matchup. The fact that a California team was not just shutting out Indiana in those frigid conditions but actually physically dominating what is typically one of the most hard-nosed programs in college soccer was a huge indication of just how disciplined and tough these Gauchos are.

Indiana must’ve felt the same way at the half, as the Hoosiers came out with guns blazing to kick off the second period. Junior defender A.J. Palazzolo was one of the most active players on the field, making huge runs from the Hoosier backline to set up his teammates with crosses from the wing.

Indiana more than doubled the number of shots they took in the first half with 8, and the team settled into a possession style of play that forced the Gauchos to spend most of their energy running around on defense. Both of sophomore goalkeeper Ben Roach’s saves came in the second half, and UCSB’s backline held strong to push the game into overtime.

The Hoosiers almost ended the game in the 98th minute when Palazzolo sent in a cross to a wide-open Joris Ahlinvi in the box, but the midfielder skied the shot over the net, keeping the Gauchos in the game.

When the second overtime period rolled through, it seemed as if the game was destined to go to penalty kicks. Neither team was giving an inch or allowing the other squad any daylight to get off a shot.

That all changed with one mistake.

Around the 102nd minute, redshirt senior defender Jordan Kleyn was set to receive a pass near the outside of Indiana’s box. Kleyn lost his footing, however, allowing the ball to roll past him and into the periphery of Baynham who was near the action. The Australian pounced on the ball and sent in a rocket into the upper-left corner of the goal, completing the largest upset of the tournament and sending the Gauchos into the Elite Eight for the first time since 2006.

This win adds another page to the storybook postseason run of this UCSB team. The Gauchos are the only unseeded team left in the tournament and in fact are the only team outside of the Top-8 seeds to make it this far. Even if it all ends next round, this squad has already made its mark in the world of college soccer.