The Daily Nexus
Opinion
Is It Ethical to Own a Dog in College?
November 29, 2019 at 6:51 am by Alice Symington

After a morning of classes, I opened the door to my house and walked into the kitchen, oblivious to the fate that lay ahead of me. I looked up from my phone and was welcomed by fresh dog poo. It sat there in all its steaming glory as the perpetrator bound toward me. The full horror of the events that had occurred unfolded before my eyes: I realized that the accused had committed several crimes around the kitchen. The house was a minefield of dog poop. 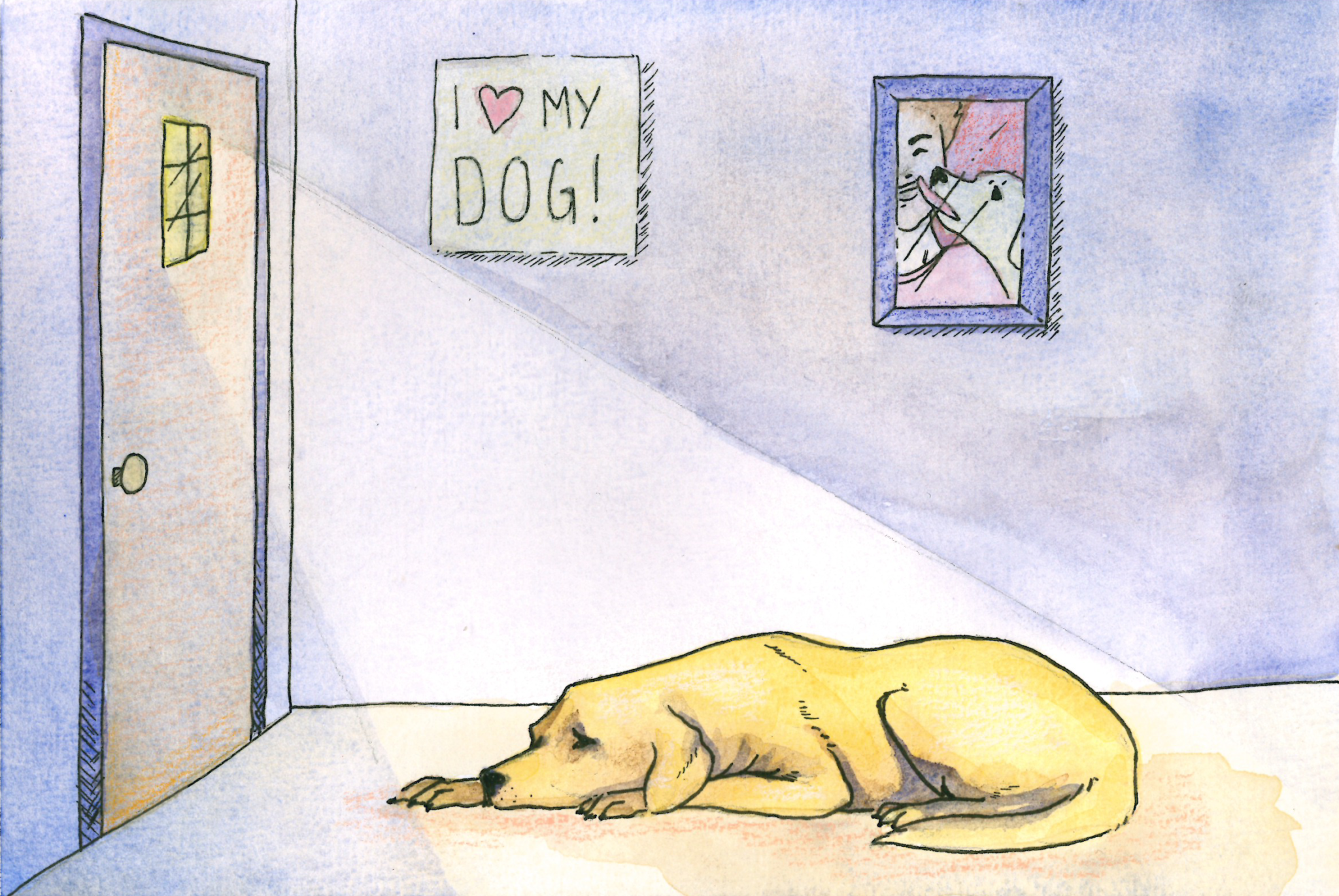 To be fair to the dog (who will remain anonymous), this had never happened before. And of course, there is no doubt that our dog is very well-loved by our house. However, I never really considered the ethics of having a dog in student housing before this incident. Initially, I was disgusted and irritated at the dog for daring to do his business in the house. But as the initial horror faded, I realized that this act was symbolic of a broader question. The poo became a metaphor for all the things that our dog was being denied: unlimited exercise, freedom and the outdoors. However, I don’t know if the dog, or my housemates, saw it like that.

Owning a pet requires committed emotional, physical and even economic support, which seems out of depth for most college students. It is estimated that Americans spend around $30 billion on their pets annually, so there is no doubt that people love their animals. However, how can college students afford to pay for their dogs (especially considering that any free dollars in a student’s budget usually goes toward alcohol and white carbs)?

I don’t aim to criticize people who have a dog in college, nor to suggest that all students are reckless with their animals. I know people who take far better care of their dogs than themselves. Moreover, many studies point out the advantages of having a dog. There is research that suggests a link between dog ownership and increased levels of exercise, reduced long-term stress and increased company and social connections.

However, we as students should think about the reality of having a dog in college. Is owning a dog ethically acceptable when most places in Isla Vista don’t have a garden for their pupper to roam free? While the beach and the parks are options, how often do these dogs actually get to go out? The daily responsibilities of having a dog means that you can’t afford to sleep in until 2 p.m. It can restrict students’ ability to travel and work during and after college. While a dog can stay at a friend’s house, the reality is that it’s just being deposited at another student’s house, which is quite likely furnished with empty cans of Natty Ice, chips and takeaway boxes. Not the ideal habitat for a dog.

Are we a dog’s best friend if we keep it locked inside all day?

It’s also worth mentioning that dogs suffer from anxiety. I wonder if the constant music on DP, the crowded parties and the irregular walking hours could damage a pup’s mental health. Being locked up in a house with 14 people is a lot to handle for any person. At least students have the opportunity to leave — their dogs don’t. There are long-term implications to consider as well: who will take your dog if you decide to travel after college? What if your dog doesn’t like its new owners? These are all valid questions that are easy to ignore when one is being offered an adorable husky-labrador puppy free of charge. The sad reality remains that all dogs need constant care and attention. A pet shouldn’t be reduced to an accessory or a conversation starter at Sands (we’ve all done it).

There are other ways to get your doggy dosage besides owning a pup. UCSB counselling even offers resources that allow students to engage with animals more humanely. This dog-owning debate is not limited to students either. Many academics have questioned the ethics of having a dog at all. The increased demand for emotional support animals is also greatly contested as becoming exploitative.  However, the same conclusions seem to resurface: if the dog is happy, healthy and well cared for, it’s a mutually positive experience for both parties.

While there is no definitive answer to this ethical dilemma, it is certainly worth thinking about before one decides to impulsively adopt a puppy. Are we a dog’s best friend if we keep it locked inside all day? The life of a student is busy, and even the most responsible of us have class, internships and a job to deal with. But that is the modern world, and maybe the reality for most dogs nowadays. It certainly is for many city dogs. Of course, numerous dogs in I.V. have been rescued or are genuinely needed for emotional support.

If nothing else, this ordeal has taught me that while dog poo does not cause long-term damage to carpets, it is symbolic of the potentially lasting effects that student dog ownership can have on a pup.

Alice Symington regretfully had to clean up her housemate’s dog’s doo-doo.