Earlier this year, the Office of Student Life transitioned its method of organizing the different student organizations on campus on their website from the software program OrgSync to Shoreline, allowing students to message groups and individuals directly through a built-in chat function. 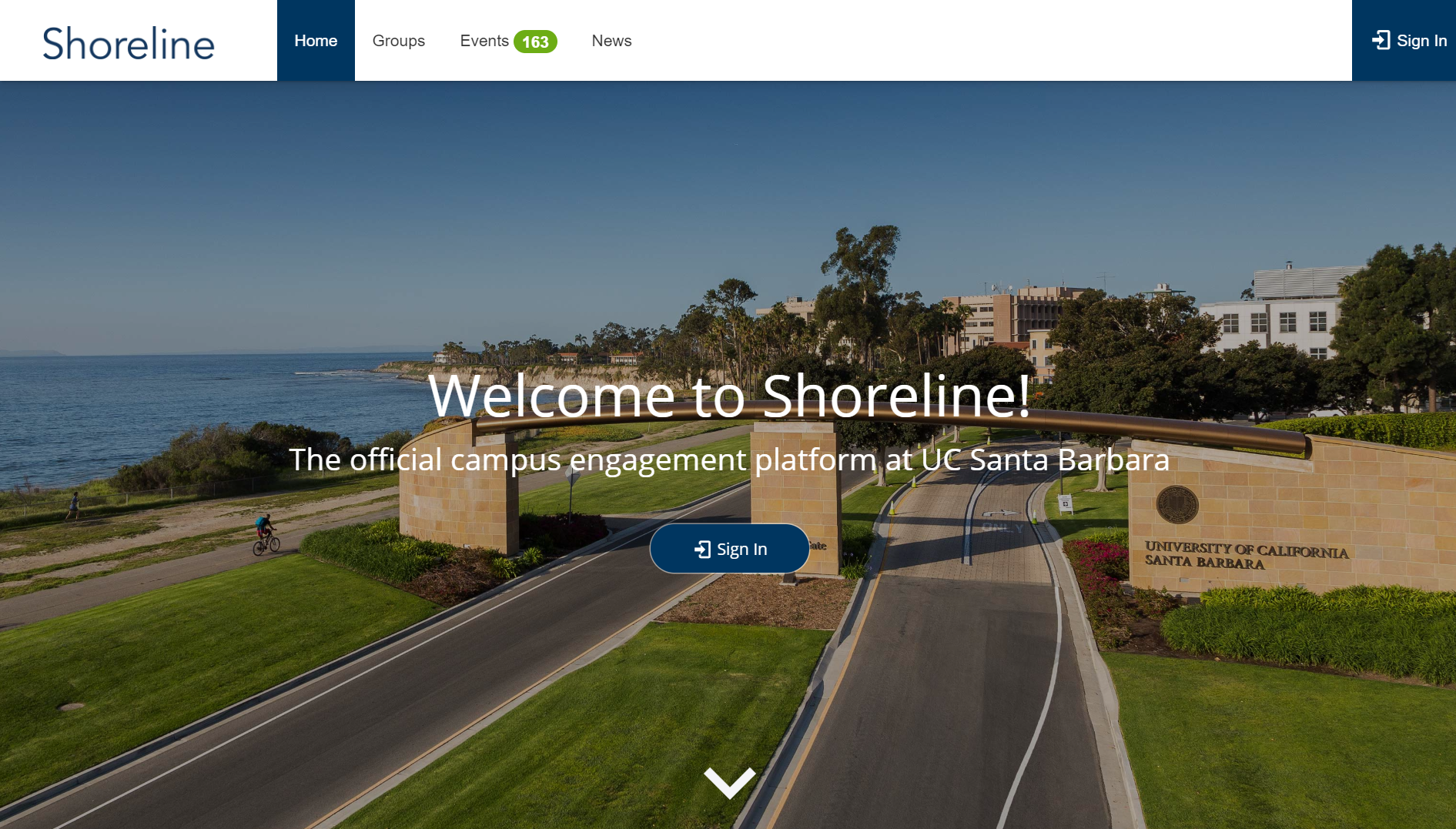 Miles Ashlock, assistant dean and director of the Office of Student Life (OSL), facilitated the initial change from paper information to OrgSync and now from OrgSync to Shoreline.

When he first started working at UC Santa Barbara in 2007, “the department was all paper — registration was on paper, financial transactions were paper, nothing but paper,” Ashlock said.

“We had a simple online event-planning form that we used that we actually had to do in person with every single organization creating an event, but it was developed in the ‘90s, so the functionality was really limited,” he added.

OSL then recognized a need for “a 21st-century system for student engagement” to digitize its process, Ashlock said.

When OSL first began to pursue digitized options, OrgSync was one of three software choices reviewed by OSL. As time went on, OrgSync was no longer properly serving the evolving needs of students from feedback the OSL had received, Ashlock said. Student organizations had trouble navigating the website and were not able to create their own sites, he added.

Transitioning from OrgSync to Shoreline had its fair share of problems, such as delays in shifting the information of organizations to the new platform, Ashlock said. The data renewal process took place last spring through a Google Form where current organizations could sign up and update their contact information.

“Unfortunately, we lost information for about 10 organizations,” Ashlock said. “We had reached out to them on multiple occasions to invite them to complete full registration in Shoreline and up to nearly 400 organizations have. We did mention that we did contact those organizations and say, ‘You have this much time to save your website data from OrgSync, but you will lose it otherwise.’”

All of the faculty and staff are being loaded onto the platform this week as well, Ashlock said.

OSL is also working toward using Shoreline to create a more functional check-in system for when a group hosts an event. Ashlock estimates that this new feature will be ready at the end of the quarter when OSL is finished with data integration.

The new check-in system will offer five different ways to sign into an event, depending on the event organizer, who can enable whichever option they choose, according to Ashlock. Students will be able to check in with a QR code provided through the Shoreline app or they can scan a QR code posted at the event; alternatively, they can scan, swipe or tap their Access Card for entry, Ashlock said.

“There is a lot of versatility and all of those options can exist side by side,” Ashlock said.

“Everyone with an Access Card is going to be able to check-in and keep a log of events that they’ve attended.”

The Shoreline website is currently available online for students, and an app is in development, which will provide access to student groups and student resources, such as Gaucho On-Line Data (G.O.L.D.), GauchoSpace and Billing Accounts Receivable Collections (BARC).

“As we developed this app, we’re looking to create, even if it’s not just a single app, a more seamless environment where students can really go and get all the information they need in an efficient way.”

A version of this article appeared on page 5 of the Nov. 21, 2019 print edition of the Daily Nexus.