The Daily Nexus
Sports
No. 22 UCSB Hosts Cal in Opening Round of NCAA Tournament
November 21, 2019 at 5:05 am by Richard Benites 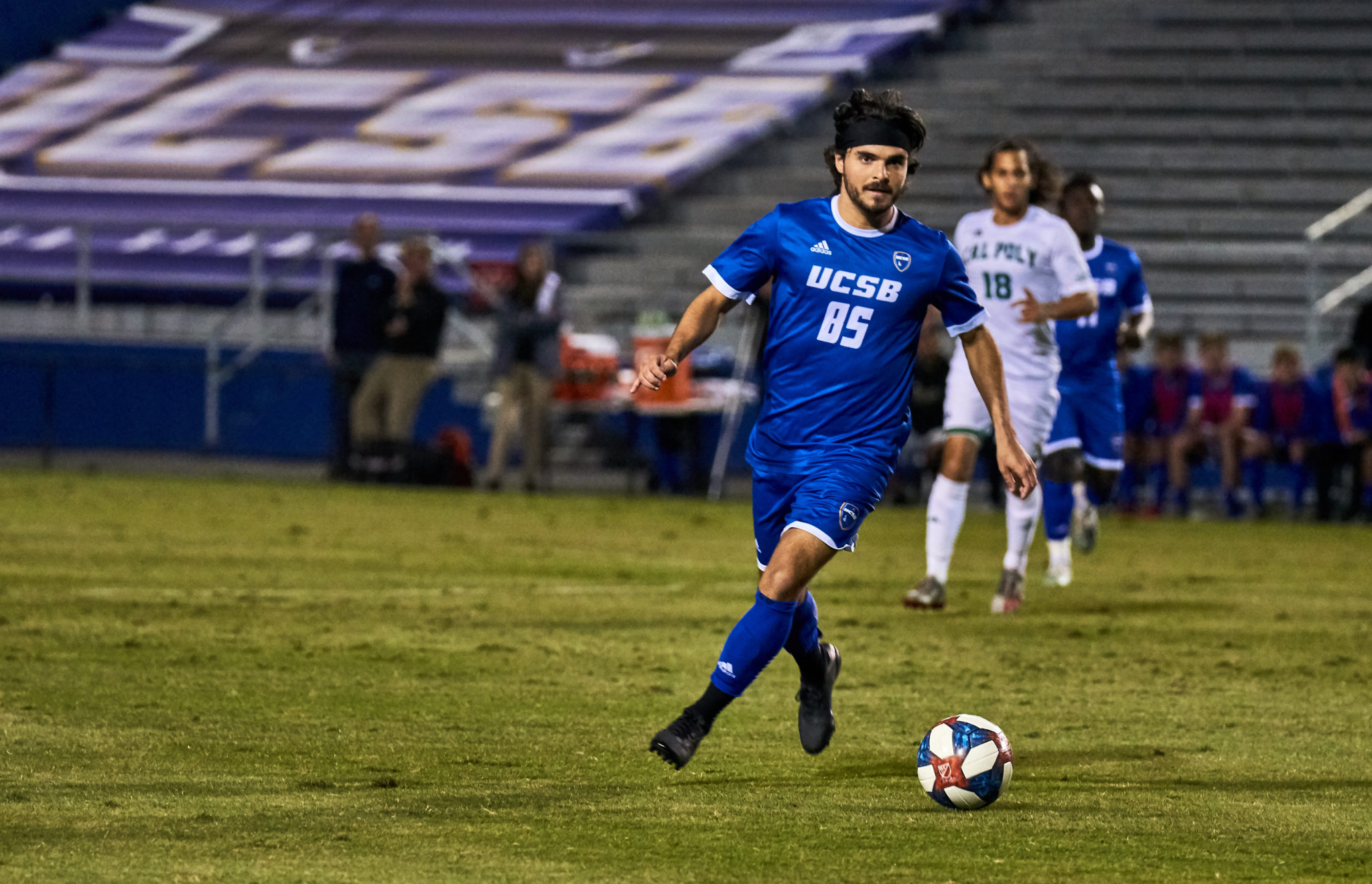 After an overall successful season, which saw the Gauchos climb as high as being ranked among the top 15 programs in the nation, Division 1 men’s soccer further recognized UC Santa Barbara by selecting them for a spot in the NCAA Tournament.

Following a 2-0 defeat to now-No. 18 UC Davis, UCSB finished as the runner-up in the Big West Finals. Fortunately, the Gauchos’ postseason continues on with a home bout against Cal in the first round of the NCAA Tournament.

In their most recent game, the Gauchos conceded their first road loss in the entire season, resulting in an away record of 5-1-3. Despite this, the team still remains above a .700 win percentage with their overall record currently at 12-4-4. With Thursday night’s venue set to be Harder Stadium, it’s also worth noting that the Blue and Gold hold a home record of 7-3-1 on the season.

As for the Golden Bears, Cal’s season hasn’t gone quite as well as they had wanted. Early on in the regular season, they were a “receiving votes” side according to the national rankings. Since then, their form has dipped some, and the team has struggled to consistently find wins; they now stand at an overall record of 8-6-3. Nevertheless, they’ll be coming off an impressive 1-0 win over previously No. 4 Stanford and will be hungry for a second opportunity to face UCSB.

Cal is favored historically here, with the Gauchos trailing in the all-time series by a record of 11-19-3. This is also reflected in the earlier outing between the two sides back in September, when the Golden Bears defeated the Gauchos by a score of 3-0. Much will be on the line come game time, but UCSB will have an added incentive in that the last time they beat Cal was way back in 2003 — a win here will end that drought and propel them into Sunday’s second round of the NCAA Tournament.

Players to watch for among the Gauchos will be those who weren’t present in the last encounter due to international duty and ineligibility but who will surely make their presence known on the field this week. First up is Big West Defensive Player of the Year and senior defender Noah Billingsley. Originally unable to play because of a call-up by his home country of New Zealand, Billingsley plays the stalwart role on the Gaucho defense; with 5 assists to his name, he’ll act as an imposing force against the Golden Bear attackers.

Next, the Big West Freshman of the Year, forward Finn Ballard McBride. With a team-leading 9 goals to his name, as well as a pair of assists, McBride is an ever-present danger to opposing defenders whenever he gets the minutes he deserves.

On Cal’s end, their forward duo, sophomore Alonzo Del Mundo and junior Tommy Williamson, will be providing the goal threat. Del Mundo leads his side in playmaking with 9 assists, as well as 2 goals of his own. Meanwhile, Williamson is Cal’s top scorer with 9 goals total on the season; it was Williamson’s penalty-kick goal that earned the Golden Bears the 1-0 upset over Stanford.

Altogether, it’s a make-or-break game for both teams this Thursday, as the NCAA Tournament is formatted as single elimination. The winner advances to the second round’s opponent — Saint Mary’s College — while the loser will see their season come to a close.

All the postseason action kicks off this Thursday, Nov. 21, as UCSB hosts Cal in Harder Stadium at 7 p.m.