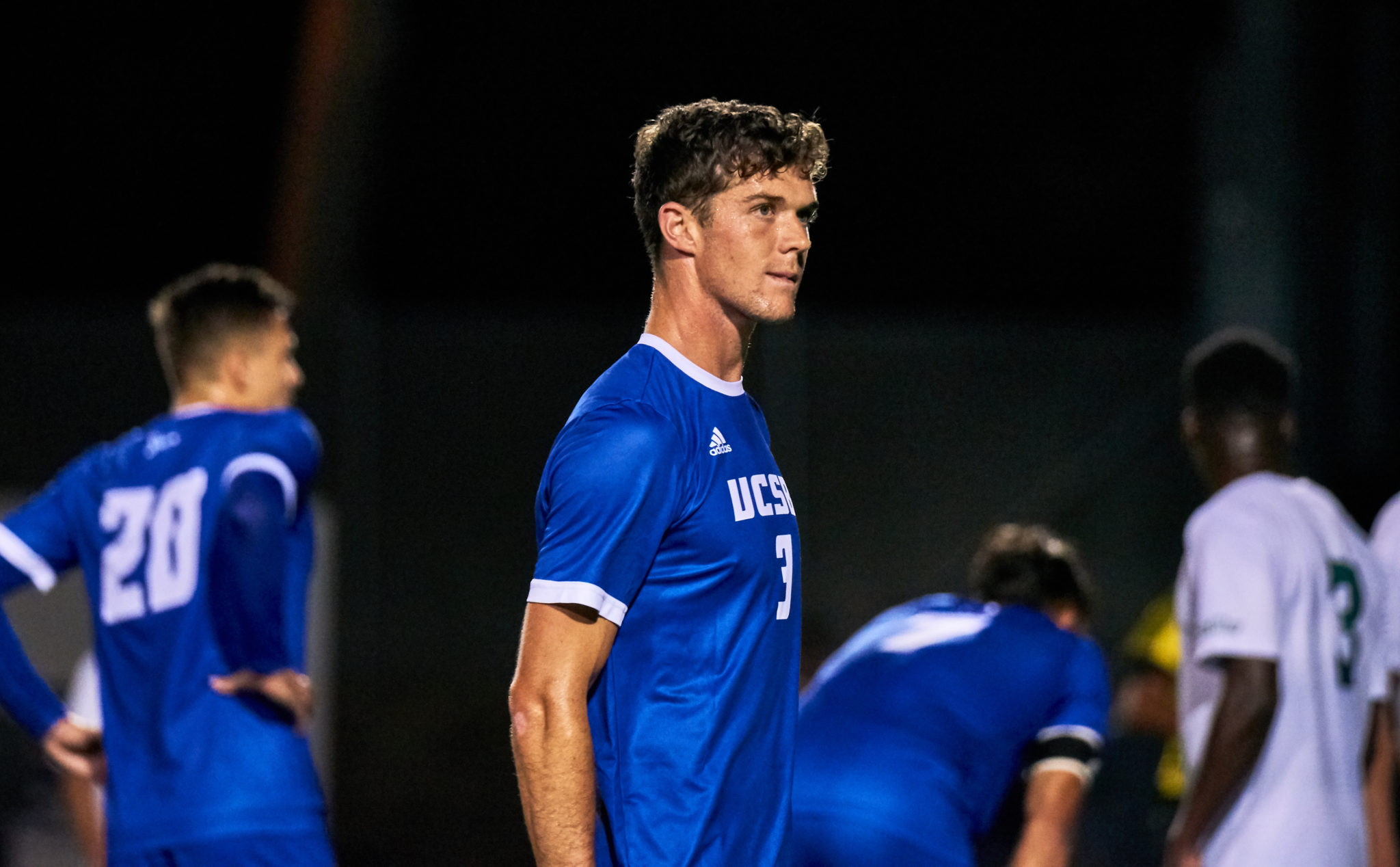 The No. 16 UCSB men’s soccer team fell just short of a Big West Championship on Friday afternoon, dropping the title game 2-0 to No. 24 UC Davis. The Gauchos were not able to get their offense going against a stout Aggie defense, and two second-half goals dashed any hopes of the team’s first Big West title since 2010.

Backed by a raucous home crowd, UC Davis dominated the pitch from the opening kick.

Although the Aggies’ calling card has been defense all season long, the top team in the Big West was on the attack early in this game. Davis got in six shots before the Gauchos could even muster up one, and ended the half up 8-1 in total shots.

This was a huge departure from the last few games that UCSB has played. The Gauchos hadn’t given up a goal in over 342 minutes prior to this matchup, and had done a great job of possessing the ball and limiting opportunities for their opponents. Whether it was the unusual 2 p.m. start time or simply fatigue, UCSB definitely looked sluggish and slow to the ball in the first half.

One of the silver linings in this game was the goalkeeping ability of sophomore Ben Roach, who kept Santa Barbara in the game until the very end. He made a whopping six saves in the game, including three crucial saves to keep the game even heading into the second half.

One of the hallmarks of this season for the Gauchos has been strong play in the second half, yet they didn’t come out of the gates after halftime with the energy they had shown in their last few games. Davis got a couple quick shots off to start the half, and in the 55th minute were able to turn an errant UCSB pass into a fast break opportunity.

Aggie sophomore forward Robert Mejia took the ball down the left wing and sent a through ball between two Gaucho defenders to a streaking Andy Velasquez, who was able to hold off a UCSB defender with his arm before sliding the ball between Roach and the goalpost, giving Davis a 1-0 lead.

UCSB was able to get a little momentum going later on in the period, culminating with a Thibault Candia shot in the 71st minute that went just wide of the goal, but again Davis dominated on offense, ending the game with a 18-4 advantage in shots taken.

The Gauchos launched a last-ditch effort at the end of the game to try to create a goal-scoring opportunity in the 89th minute, bringing up Roach for a corner kick. The Aggies were able to clear the ball and counterattack however, and with just 15 seconds to go forward Kristian Heptner blasted the ball into the vacant net to put Davis up 2-0.

With the defeat, UCSB has now lost the opportunity to automatically qualify for the NCAA D1 Tournament. The Gauchos will have to hope that their strong performances in the regular season bolstered them to the position of being selected for the tournament. They find out if they were selected and who their opponent is during the NCAA Selection Show on Monday at 10 a.m.