The Daily Nexus
On the Menu
The Scoop on McConnell’s Fall and Holiday Flavors
November 14, 2019 at 12:23 am by Rinah Anatalio

One of the best things about the holiday season is the new releases and revivals of seasonal flavors. McConnell’s — arguably Santa Barbara’s best ice cream shop — has released several new flavors for the holidays. All of these flavors are made with organic, locally sourced ingredients and are available at their scoop shops and online. 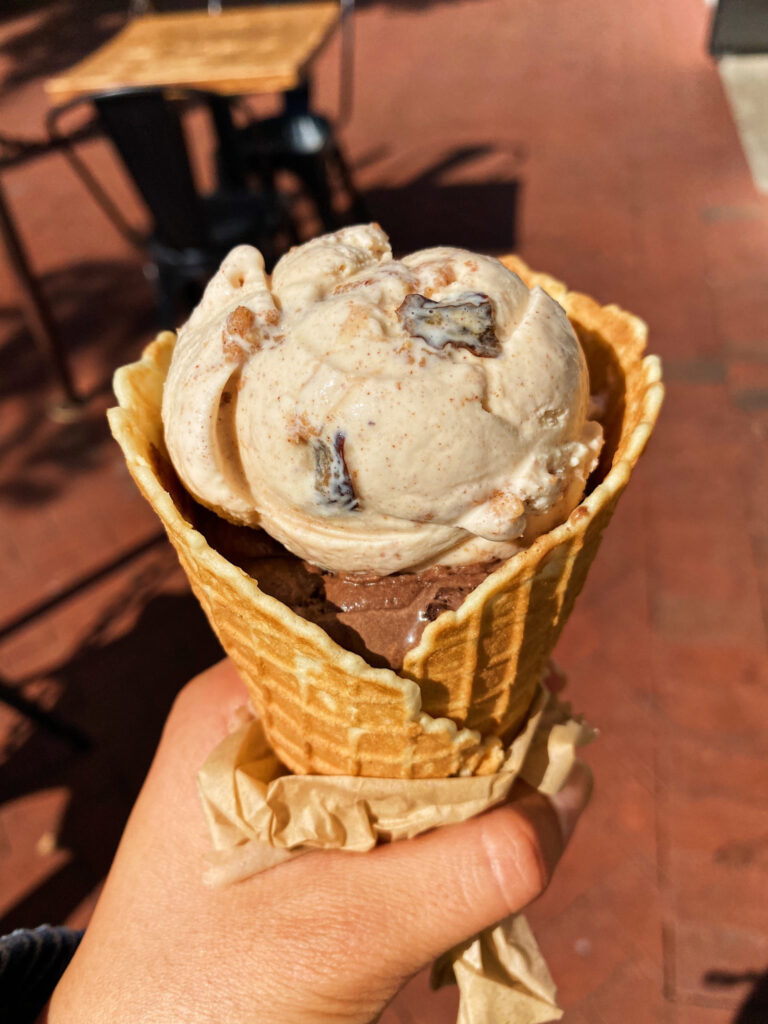 The second seasonal flavor I tried was the Cinnamon & Oatmeal Raisin Cookies. Although raisins have a bad reputation, this ice cream will change your mind. This ice cream has a milk and cream base that is infused with cinnamon and swirled with chunks of cinnamon oatmeal raisin cookies. My mind was completely blown; it made me want to apologize for always discarding the raisins that were in my trail mix. The texture of this flavor was reminiscent of McConnell’s Earl Grey & Shortbread Cookies due to the thickness of the ice cream and the chunks of the cookies. If you enjoy ice cream with chunky texture and cinnamon flavor, I highly recommend this flavor.

In addition to its new flavors, McConnell’s has revived its pumpkin pie flavor — a sweet pumpkin ice cream with hints of cinnamon, ginger, cloves and allspice that encompasses fall with its warm and cozy spices. I recommend this flavor to be eaten as an ice cream sandwich with their homemade snickerdoodle cookies to get the full pumpkin pie experience. For all my fellow pumpkin spice lovers, this ice cream is for you.

Sadly, McConnells did not release any dairy-free or vegan seasonal ice cream flavors but a worker informed me that they are hoping to in the future. These flavors are only available for a limited time, so don’t wait too long to stop in!