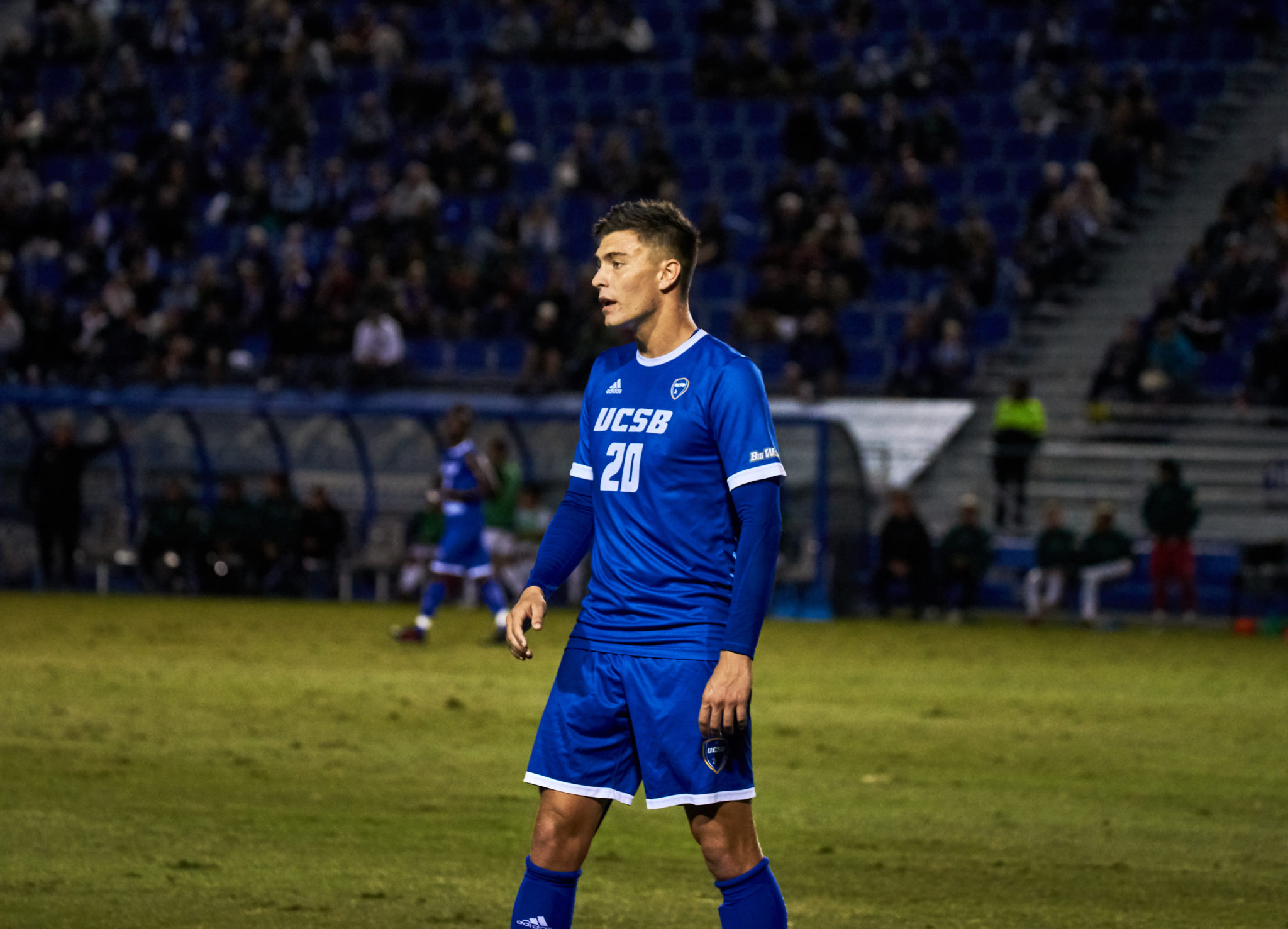 After months of Division 1 men’s soccer and 21 fixtures later, UCSB’s season culminates this week as a title match is on the line. The conference’s top two teams will face off as No. 15 UCSB travels up north to UC Davis for the Big West Tournament Finals. Along with the championship, much will be at stake as a spot in the NCAA Tournament will also be up for grabs.

On the season, UCSB holds a 12-3-4 overall record and are 4-1-2 in conference play. Currently on a two-game unbeaten streak, the Gauchos have slowly started to pick up their form now in the postseason. Considering that Friday’s title match will be away at UC Davis, it’s also worth noting that UCSB continues to be undefeated when on the road.

Heading into this one, the Gauchos will be coming off a dominant 2-0 home victory over CSUN in the Big West Tournament Semifinals.

As for UC Davis, their season stands at an overall record of 12-4-2 and 5-1-1 in the Big West. After a slow start to their season, the team has truly turned it around and will give the Gauchos their toughest challenge yet as they are also undefeated in playing at home.

The Aggies also earned a 2-0 home victory of their own in the semifinals against Cal State Fullerton, and there will be no rested advantage for either the Aggies or the Gauchos as both teams finished the conference regular season as the top-two seeded teams, thus granting them each first-round byes.

Historically, UCSB is favored in this matchup, as the Gauchos lead in the all-time record versus the Aggies by a record of 23-10-6. However, these two sides have met only once before this season, back in late October, and that encounter resulted in a 1-1 draw after double overtime. In addition, the Gauchos were also missing a few key players that day due to several sustained injuries.

Following the announcement of the yearly Big West honors, a total of eight Gauchos were named for the all-conference team, including Noah Billingsley for Defensive Player of the Year, Thibault Candia for Co-Midfielder of the Year and Finn Ballard McBride for Freshman of the Year.

But in terms of whom to watch for among the Gauchos at Friday’s championship game, junior forward Rodney Michael and senior forward Will Baynham are the players in form. As it stands, both members of the dynamic duo lead their team in playmaking with 8 assists apiece. They’ve also managed to get their names on the scoresheet quite frequently as Bayham has the second-most goals for the Gauchos with 7, and Michael comes in fourth with 5 goals to his name. Of the striking duo, each notched a goal for UCSB in their semifinal bout versus CSUN, and each will surely play a pivotal role in the final title match as well.

For the Aggies, they have a star striker of their own in senior forward Adam Mickelson. After scoring the second goal for his side’s semifinal match against Cal State Fullerton, Mickelson now has 4 goals on the season to go along with his team-leading 5 assists. As Mickelson is also leading his team in total shots, it’ll be vital for the Gauchos to keep UC Davis’ main offensive target from getting hot.

With plenty of storylines in the mix and plenty of star players to compete this week, the Big West Tournament Final is shaping up to be yet another great day for soccer fans. Tune in as the men’s soccer conference season concludes with what’ll be a memorable bout between No. 15 UCSB and No. 16 UC Davis.

Kickoff is set for 2 p.m. this Friday, Nov. 15, as the Gauchos travel away to take on the Aggies at Aggie Soccer Field.