The National Collegiate Athletic Association found two UC Santa Barbara sports programs in violation of its regulations in a decision released Tuesday, imposing a number of consequences on the programs and its coaches for UCSB’s first ever “major infractions case.” 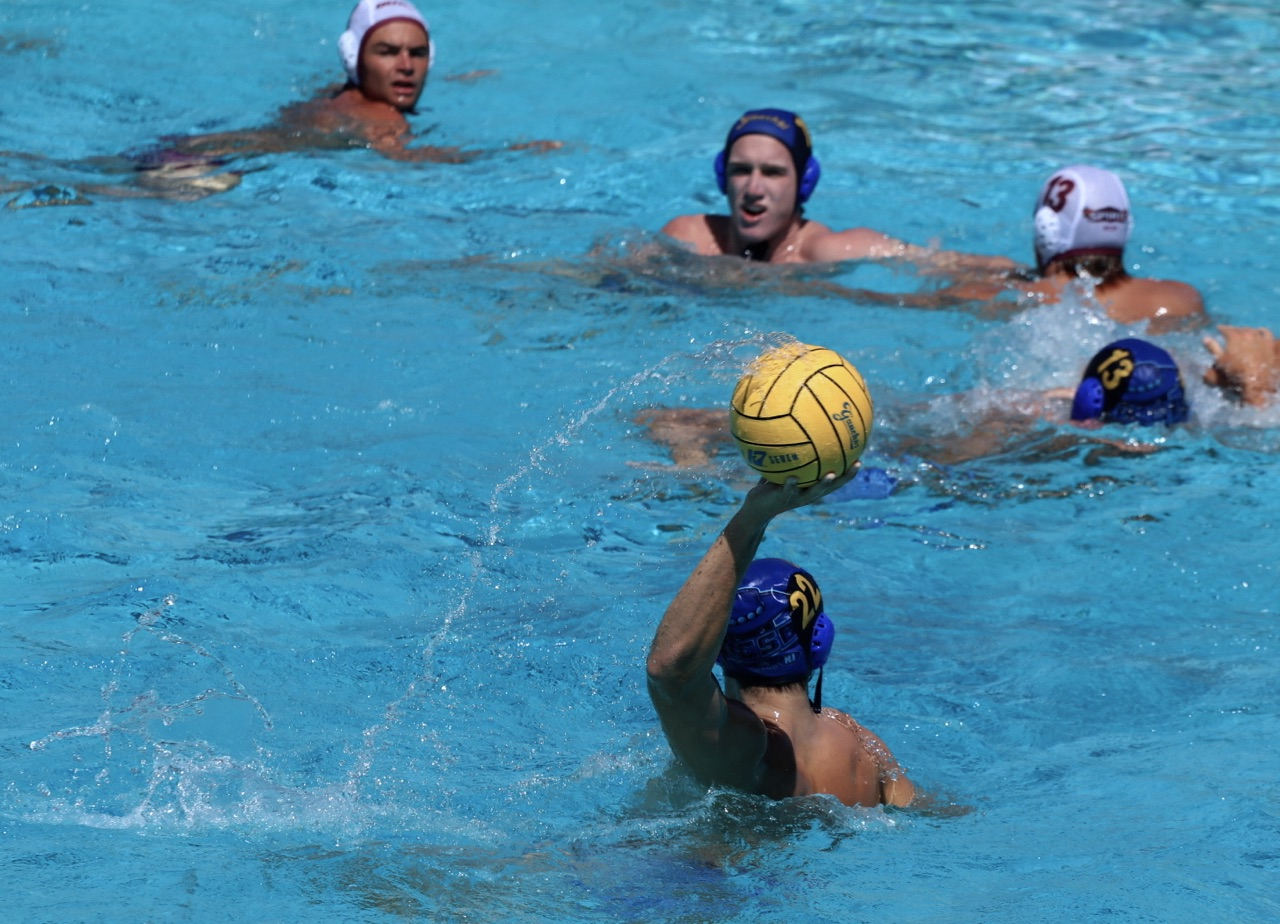 Both the men’s and women’s track and field programs, and the men’s water polo program, were found guilty of violating two different types of NCAA regulations. Courtesy Of.

Both the men’s and women’s cross country and track and field programs — which are just referred to as the “track program” in the decision — and the men’s water polo program, were found guilty of violating two different types of NCAA regulations, according to the association’s report.

“UC Santa Barbara values compliance with NCAA rules. [Tuesday’s] report by the NCAA Committee on Infractions is the result of an investigation that was conducted cooperatively by the NCAA enforcement staff and the university,” Bill Mahoney, associate athletics director of communications, said in a statement on Tuesday.

“UC Santa Barbara is disappointed that the violations happened. The University is committed to learning from the process and continuing to promote student-athlete welfare and competition with integrity as core values of the university’s athletics department.”

In the track program, a former head coach, who was with the program for over 30 years and is not named in the decision, was found to have violated restrictions on “countable athletically related activities,” otherwise known as CARA. The only head coach who was with UCSB during this time was the former Head Coach Pete Dolan, according to UCSB’s website. Dolan was fired from the position in June 2018 and later filed a wrongful termination lawsuit against the university.

“He actively monitored these logs, provided feedback on the student-athletes’ training, and in some instances admonished or otherwise disciplined student-athletes who did not complete their logs,” the decision states.

Since the head coach was actively involved in the logs, and the training activity was “not initiated or requested solely by the student-athletes,” the NCAA considered his activities “impermissible.”

With the men’s water polo team, the head water polo coach “impermissibly facilitated housing for one of the student-athletes who wanted to come to Santa Barbara prior to his enrollment and compete on a local water polo club team.”

The head water polo coach during that time was Wolf Wigo, who is currently employed by the university, according to UCSB’s website.

The NCAA committee found that this led to other restricted recruiting inducements, including free meals and transportation.

With Tuesday’s decision, the head track coach involved is now subject to a one-year show-cause order, which follows him to any NCAA institution that he may be employed by or affiliated with between Nov. 5, 2019 and Nov. 4, 2020.

With the NCAA decision, the head and assistant water polo coaches are subject to two-year and one-year show-cause orders respectively, which prohibit them from a number of coaching duties during their show-cause order time periods.

The head water polo coach, who was found to be “personally involved in arranging a recruiting inducement and providing extra benefits in the form of improper compensation and pay for work not performed,” is prohibited from all off-campus recruiting activities during this two-year period, which is applied to any NCAA-affiliated institution that they may be employed by during the period.

The head coach is also suspended from the first 30% of the season’s contests during the first year of the show-cause period.

“The provisions of this suspension require that the head water polo coach not be present in the facility where contests are held and have no contact or communication with men’s water polo coaching staff members or student-athletes during the suspension dates,” the decision read.

“The prohibition includes all coaching activities for the period of time that begins at 12:01 a.m. on the day of the contest and ends at 11:59 p.m. that day. During that period, the head coach may not participate in any coaching activities, including, but not limited to, team travel, practice, video study, recruiting and team meetings.”

Additionally, the results of any contests during this suspension will not count for the head coach’s coaching record.

During the assistant water polo coach’s show-cause period, they are to be suspended from 30% of the season’s contests, a suspension that will be served after the head water polo coach’s  suspension from the first 30% of the contests is served. The provisions of the assistant coach’s show-cause period are the same as the head coach’s.

In addition to the penalties on the coaches, UCSB is placed on probation for two years, beginning Nov. 5, 2019, and ending Nov. 4, 2021, and is required to pay a fine of $5,000 “plus one percent of each of the budgets for the men’s water polo, men’s cross country and women’s cross country programs.”

The track and men’s water polo programs are also required to put limitations on their recruiting visits and reduce the scholarships they give out, based on previous self-imposed restrictions.

A number of the penalties listed in the decision are self-imposed, including the men’s water polo team abstaining from participating in post-season conference and NCAA tournament competition during the 2018 season.

Since two student-athletes involved in the water polo program violations are now considered ineligible, UCSB is required to vacate all “regular season and conference tournament records and participation in which the two ineligible student-athletes competed from the time they became ineligible.”

Some of the other self-imposed restrictions, which occurred while the NCAA investigation was occuring, included the men’s water polo coaching staff being barred from recruiting communication with prospective international student-athletes from April 1, 2018, through Dec. 31, 2018, other than the student-athletes who had already verbally committed to or been signed by UCSB.

They also required track program athletes to take two days off per week from CARA.

During UCSB’s probation period, the university is required to “develop and implement a comprehensive educational program on NCAA legislation to instruct coaches, the faculty athletics representative, all athletics department personnel and all institutional staff members with responsibility for recruiting and certification legislation.”

Additionally, they must submit a report to the NCAA committee by Jan. 15, 2020, informing them of their implementation plan and schedule. They must also file annual compliance reports by Aug. 30 of each year of probation.

“Particular emphasis shall be placed on rules education and monitoring related to CARA and student-athlete employment,” according to the decision.

All student-athletes prospects must also be informed of UCSB’s probation status, and UCSB must “publicize specific and understandable information” about the infractions.

Once UCSB submits its final compliance report, and before the probation period is concluded, Chancellor Yang must also send a letter to the NCAA “affirming that UCSB’s current athletics policies and practices conform to all requirements of NCAA regulations.”

A version of this article appeared on page 1 of the Nov. 7, 2019 print edition of the Daily Nexus.

So the water polo coaches found guilty of helping a player or two while the NCAA is now going to allow financial remunerations for athletes? Sounds like an integrity violation of behalf of the NCAA to me.

I have never heard of a distance runner taking a day off each week or not logging miles in the summer. Absurdly petty on the part of NCAA.

When will there be an article about the basketball coach’s Arizona days?

why is the track coach fired and the water polo coach still employed?

so the track coach gets fired and the water polo coach doesn’t? seems unfair.

you take a class, do all the reading, pass the midterm and qualify for the final. you then learn that the professor plagiarized the reading and you cannot take the final (play in the postseason). UCSB admits, in writing, to their regulatory body (the NCAA)that they failed to properly supervise your cheating professor. Result: no course credit. Remedy: Sue the shit out of UCSB and get your tuition back. They are defenseless.