The Daily Nexus
On the Menu
Rockfire’s Wing Wednesday Brings Heat to Isla Vista
November 7, 2019 at 12:02 am by Leonard Paulasa

Do you ever feel like someone lit a match in your mouth? Well, that’s exactly what my friend and I felt last week when we tried Rockfire Grill’s Nashville Hawt. 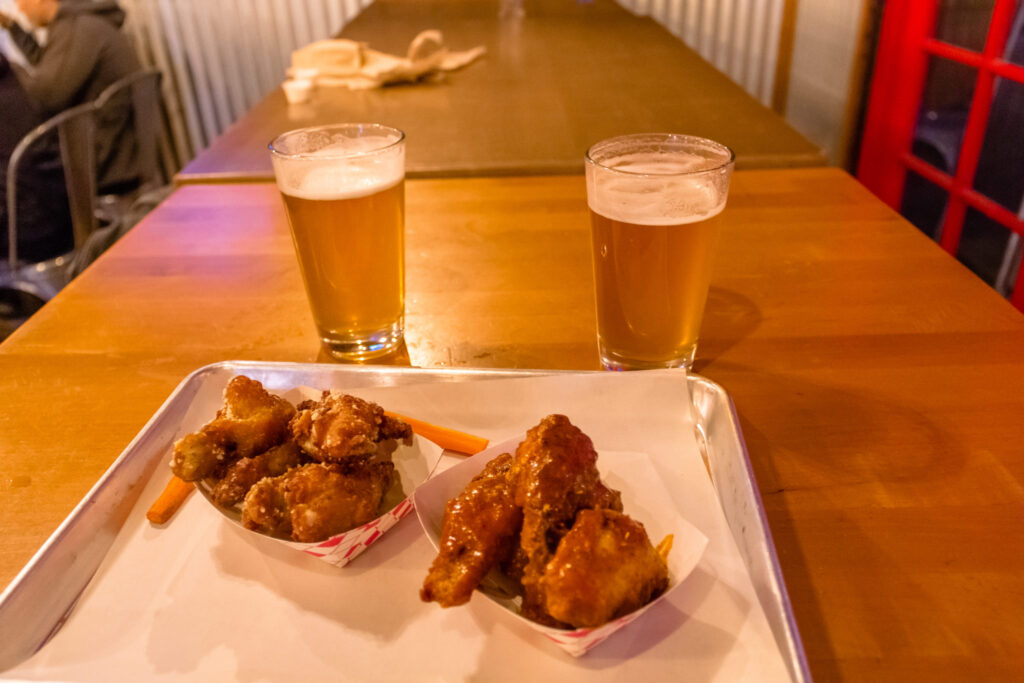 Being Filipino, I saw the four fire symbols and questioned how hot it could really be. So I invited another spice-loving friend of mine, and we ordered five pieces of Rockfire’s Nashville Hawt as well as five pieces of their garlic parmesan.

Let me just tell you that Nashville Hawt is no joke. It’s the type of spice that sneaks up on you, where you think you’re okay, then BOOM! It took a solid 15 seconds for the spice to settle into our mouths, and my friend and I felt like we just betrayed our Asian heritage. The heat in those wings was unreal — it seriously felt like someone lit a match in my mouth. I found it difficult to gauge the actual flavor of the first wing because I was too focused on the fire burning in my mouth. Thankfully my friend and I had the insight to order beers and the garlic parmesan to alleviate some of the burning sensations.

On the second piece, I was able to analyze the wing more, and it wasn’t too bad. After my mouth got used to the initial heat from the first wing — with the help of about half a pint of beer — I was really able to taste the wing. While the sauce, unfortunately, took away from some of the wing’s crunch, the flavor was still there. The wings were juicy on the inside and well seasoned. The sauce might have washed away some of the seasoning, but I found it was a forgivable offense since I was mostly just looking for the challenge of overcoming the heat. On the third wing, it was all there. My mouth had gotten used to the burning sensation, and it became more of a strong kick. The flavor of the wing was more noticeable as the spice levels no longer overpowered the taste. For the price and taste of the Nashville Hawt, I would definitely recommend it to my fellow spice lovers. For those of you afraid of spicy food, don’t even try to taste the sauce. Overall score: 7/10

The garlic parmesan was absolutely amazing. The crunch was there, the flavors were almost perfect, the wings were juicy and the seasoning permeated through the breading and skin of the wing. The one negative thing I have to say about this wing is that it was slightly oversalted, but otherwise this wing was perfect. Again, for the price of the wing coupled with what it had to offer, I would highly recommend this wing. Absolutely perfect for your next karaoke night at Rockfire. Overall score: 9/10.

My experiences with the wings and at Rockfire in general were fantastic. For 75 cents, you’re definitely getting a bang for your buck, so if you have a free Wednesday night, grab some friends, buy some wings, share a couple pints and sing some karaoke.