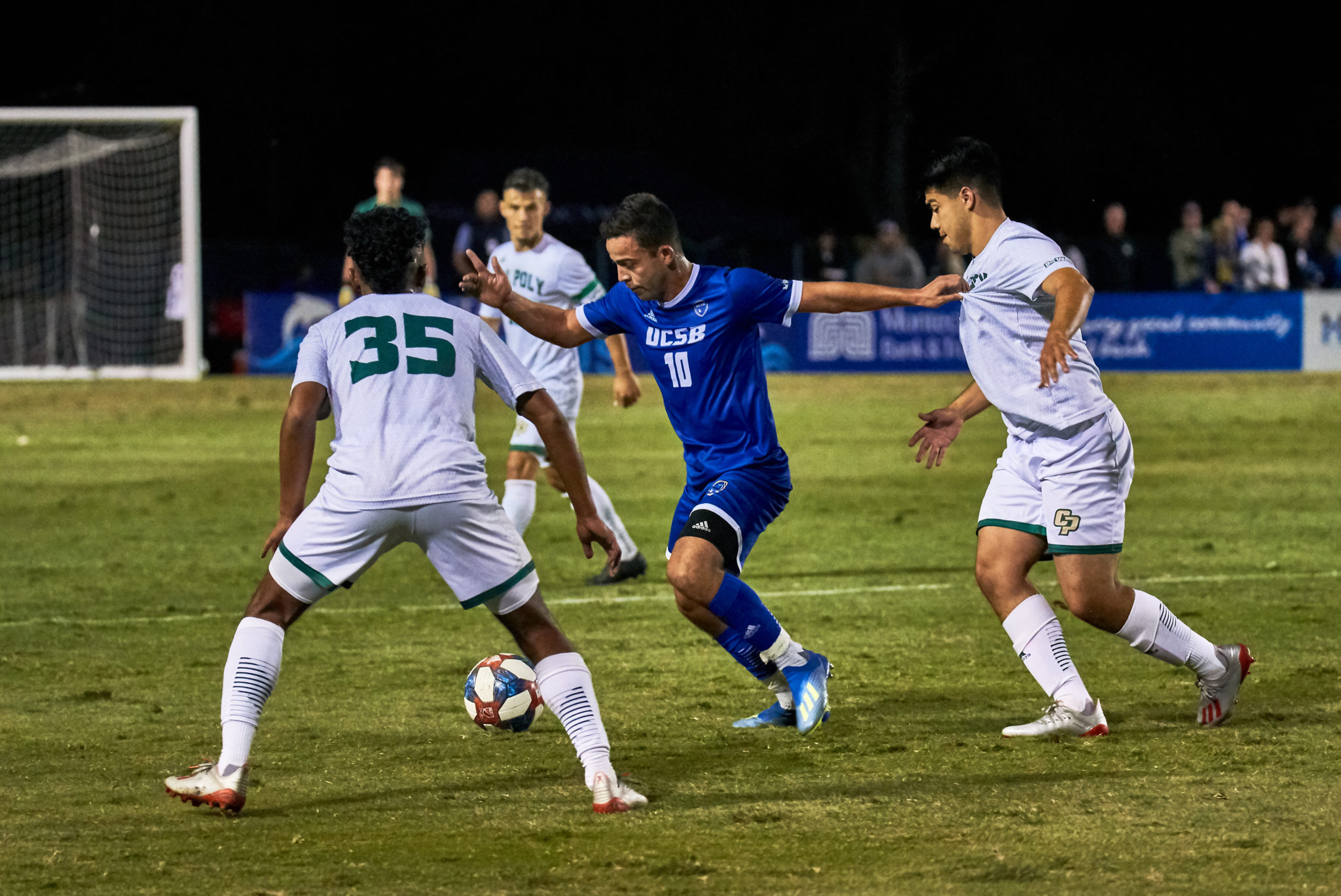 With the regular season all wrapped up and having ended on a high note after UC Santa Barbara defeated Blue-Green rival Cal Poly for the second time this year, all eyes remain on the Gauchos as fans are eager to see what this team can achieve in the postseason.

The aforementioned victory over Cal Poly, which ended in a 2-0 score line, proved to be a significant result as it went on to grant UCSB a second-place finish in the Big West Conference standings, meaning the team now owns the No. 2 seed in the Big West Tournament. As a result, the Gauchos will be awarded a first-round bye and won’t be aware of their weekend opponent until the conclusion of Wednesday night’s quarterfinal fixtures; specifically, the match between UCI and CSUN will be the one to watch.

This added period of rest will be crucial for UCSB, as it means their semifinal opponent won’t be as fresh come kickoff time. It also allows the team more time to prepare, especially important when considering the fact that the Gauchos couldn’t grab a win against either side last time around.

The Blue and Gold will be carrying a 11-3-4 overall record into the postseason, a win percentage of .722 and a conference record of 4-1-2, which netted them 14 total table points. In terms of national ranking, former No. 19 UCSB moved up four spots and are now considered a top-15 program in the latest United Soccer Coaches’ poll for NCAA Division 1 Men’s Soccer. They aren’t the only Big West team to be nationally ranked, however, as their conference’s first seed UC Davis hold the No. 24 spot.

After maintaining an 11-game undefeated streak not too long ago, UCSB’s form hasn’t been quite the same, as they’ve only won one match in their last four. Nevertheless, this is one of the most solid squads that Head Coach Tim Vom Steeg has fielded in recent years. It’s also worth mentioning that the Gauchos managed to never drop an away game throughout the entirety of the regular season.

UCSB’s semifinalist opponent won’t be decided until after the 7 p.m. quarterfinal between UCI and CSUN, but it’s still worth previewing the two sides regardless.

The Anteaters finished their regular season with an overall record of 7-6-5 and a conference record of 4-2-1, good enough for the Big West third seed. They also finished with a 1-0 loss to CSUN, who they’ll be playing in back-to-back games.

Historically, the Gauchos hold the advantage in this matchup, as UCSB leads the all-time series by a record of 37-17-6. The Gauchos had gone five years without dropping a game to the Anteaters, but October’s 2-1 loss to UCI in overtime ended that streak.

As for CSUN, their 7-7-3 overall record entering the postseason only tells part of the story. The Matadors have been undefeated in their past three matches and will once again travel to UC Irvine in order to decide who progresses onto the next round of the Big West Tournament; my prediction is that the Matadors will win over their opponent again and go on to face the Gauchos in the semifinals.

For UCSB, senior forward Will Baynham is the man in form after scoring the opener against Cal Poly. On the season, Baynham is tied for second place in both goals and assists, with 6 of each category to his name. He’ll most likely feature as the front man for the Gauchos, keeping the opposing center backs busy.

Christian Gutierrez, junior midfielder for the Anteaters, remains the top goalscorer for UC Irvine with a total of 6 to his name.

Meanwhile, CSUN will have a lineup of a threatening trio of attackers in junior forward Daniel Trejo, senior forward Johnny Rodriguez — who each have 8 goals apiece — and senior midfielder Julio Rubio, who will act as the primary playmaker with 9 total assists on the season.

Once again, UCSB will find out its semifinal opponent following the conclusion of Wednesday night’s quarterfinal bout between UCI and CSUN. Regardless, the Gauchos will host the victor this Saturday, Nov. 9, at 7 p.m. in Harder Stadium.