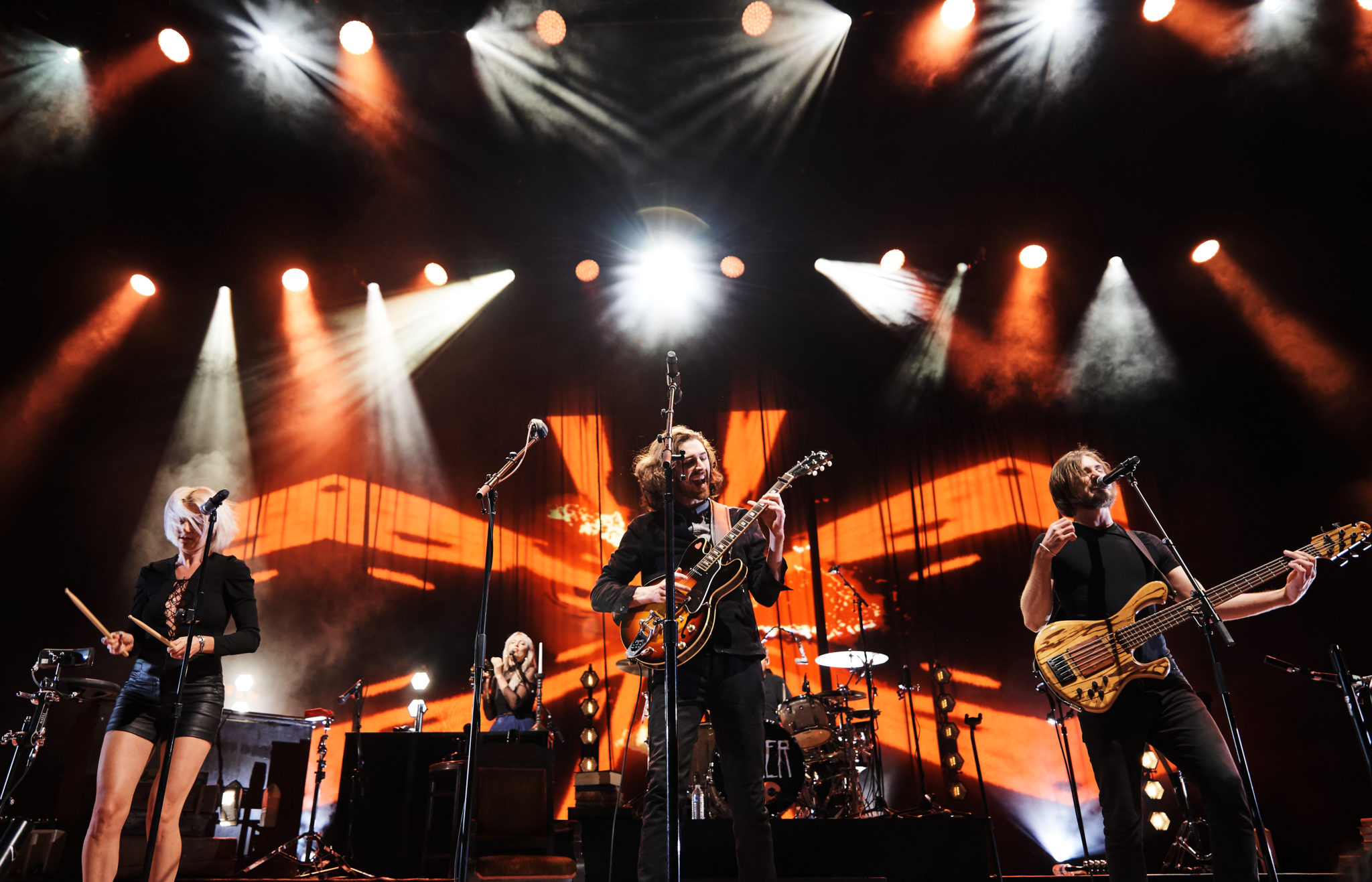 There is something very different about seeing an artist perform live. Musical artists are often solely defined by their music, but live performances allow for personalities and talent to shine in a way that earbuds could never replicate. Hozier, a 29 year old from Ireland, made me realize this with his incredible performance at the Santa Barbara Bowl last weekend.

I bought tickets for his concert a few months ago with my friend for the experience of seeing live music. I’m from New York City, so going to an outdoor concert in California seemed like a dream — and I wasn’t wrong.

“It’s an absolute pleasure to be standing in front of you in this extraordinarily beautiful part of the world,” Hozier said in his opening statement to the audience. With the ocean in sight, the colorful lights on stage, the trees swaying and the showgoers exuding good energy, the concert felt like paradise. More than that, Hozier surprised everyone by being extremely funny, relatable and more talented live than any recording could hope to express. Music should be an outlet from the constant thoughts flooding our minds, a way to manifest our emotions and just something to dance to —  his concert had it all.

Hozier started the show with a song dedicated to a girl in the crowd, making us all feel closer to him; he was no longer a mysterious character behind his music. To the girl in the crowd he said, “It was a pleasure to meet you … you know why.” With that being said, he began to sing and my friends and I started to sway endlessly to his music.

Though Hozier has enough talent and personality to stand alone, he formed quite an iconic duo alongside violinist Emily Kohavi. She was wearing a grunge outfit comprised of Doc Marten boots and a mini skirt, her hair pulled back in a ponytail that she swung in sync with the music. The pair would often face each other and jam while constantly switching instruments. From concert violin to the electric guitar, Kohavi matched Hozier’s classic and electric guitar with fiery energy that lit up the whole stage. Each song was accompanied by a colored light projection and background video, which gave the tracks more character and provided a better understanding of what Hozier wanted the audience to take away from them. 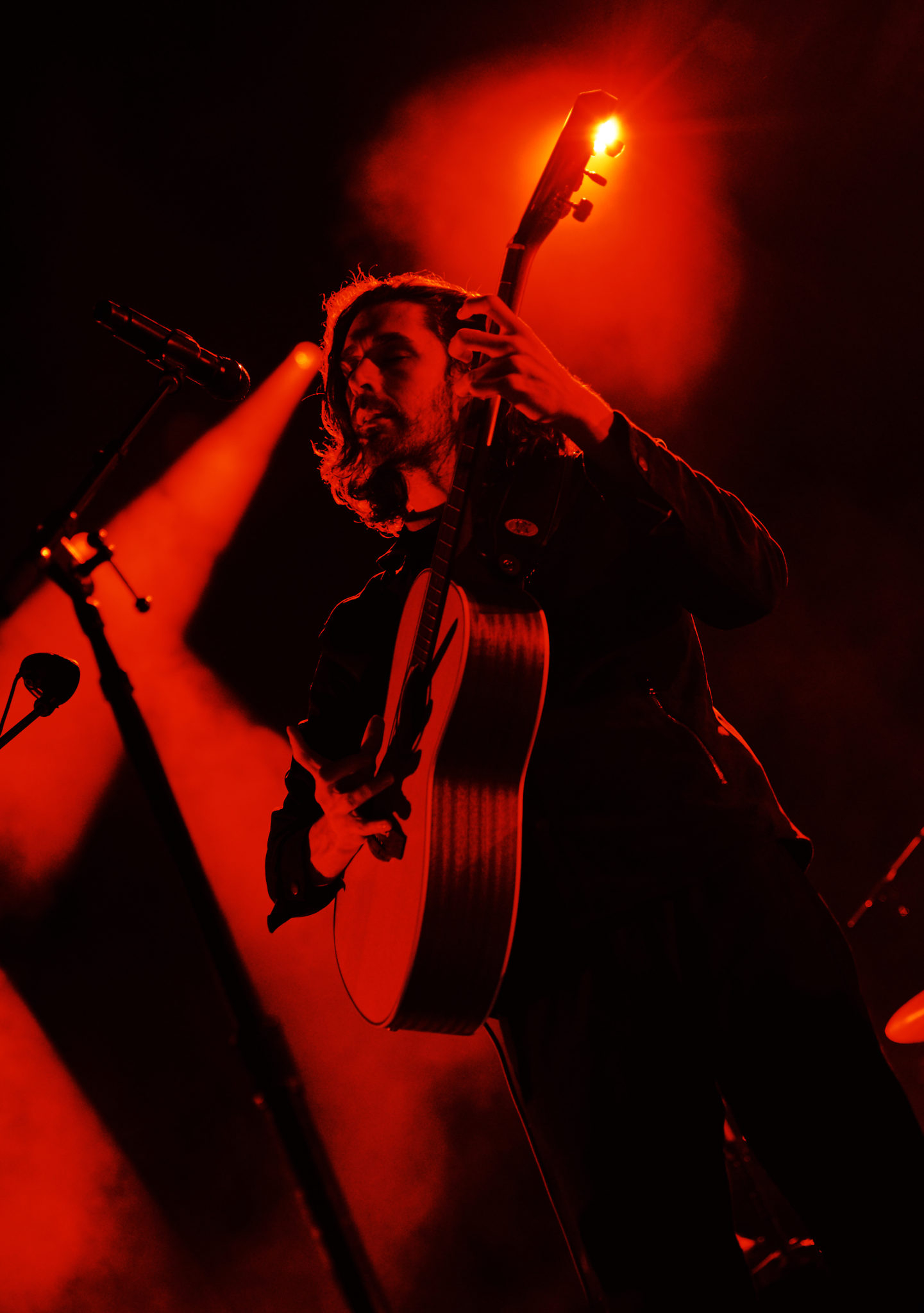 The genre of Hozier’s work is categorized as blues, indie rock, soul and contemporary R&B, but more importantly his music is simply the kind you want to sing along to. Hozier led the crowd to start singing the classic “oohs” to the song “To Be Alone,” while he said, “There is a light at the end of the tunnel but you have to let me fucking get you there.” The energy from the crowd singing and laughing in that moment is something that I will never forget. Somehow, we were all connected with the lighthearted energy Hozier projected from the stage; it was incredible. Together, we sang and danced with him.

When the song “To Be Alone” finished, Hozier continued to showcase the wit that he had been unveiling to us the whole night. “The best part about being in Santa Barbara is that you’re about a ten-minute Uber ride from the sun.” He wasn’t wrong ⁠— I mean it’s almost November and it has been 90 degrees out recently.

While Hozier had already established a friendly rapport with the audience, his level of intimacy expanded even further as he introduced to us a new song, “Jack Boot Jump,” set to release on his new album this coming winter. “Please avoid filming and put the phone away for a bit … or actually, in general, suffer being present for a moment I suppose,” Hozier said. This is exactly what being at his concert felt like, a place where everyone was in the present moment — no midterms, jobs, worries or text messages followed anyone into the venue. 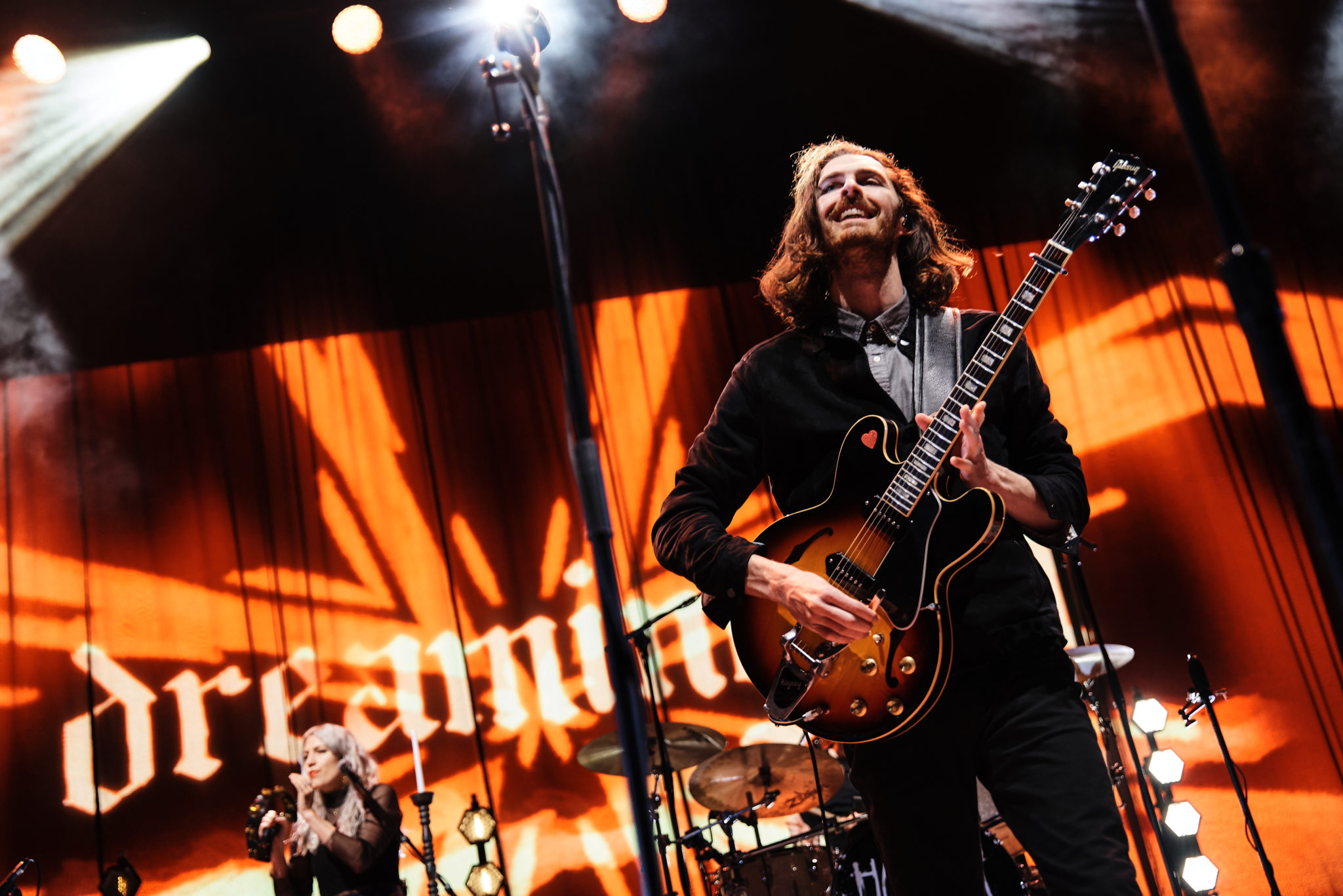 One of the highlights was of course his famous “Take Me to Church,” which had the entire audience on their feet. The “amen” was angelic with everyone in attendance singing along; thankfully Hozier and his group’s voices overpowered ours, which made it sound so good. The highlight songs were definitely “Jackie and Wilson,” “Almost (Sweet Music),” “Someone New,” “Sedated” and “From Eden,” which had the whole crowd harmonizing with him.

Hozier repeatedly shouted out his group with Alex Ryan on bass and keyboard, Rory Doyle on the drums, Rachel Beauregarddoing vocals and percussion, Kristen Rogers with stunning vocals, Jessica Barry on keys, Cormac Curran on the organ and Kohavi killing the violin and guitar. They are an extremely talented group and their individual performances were breathtaking ⁠— the harmonies between Beauregard and Santo, Ryan’s bass solos and gripping jump finishes, Doyle’s banger beats, Curran’s booming organ, Barry’s beautiful vocals while playing the piano, Kohavi’s fierceness on the violin and Hozier’s enchanting guitar and vocals were all enchanting. They finished the concert with “Work Song” and the crowd went wild one last time. A red background was projected on stage and the crowd swayed together while singing along — it was a beautiful ending to an amazing night. Hozier is definitely loved by all of Santa Barbara.