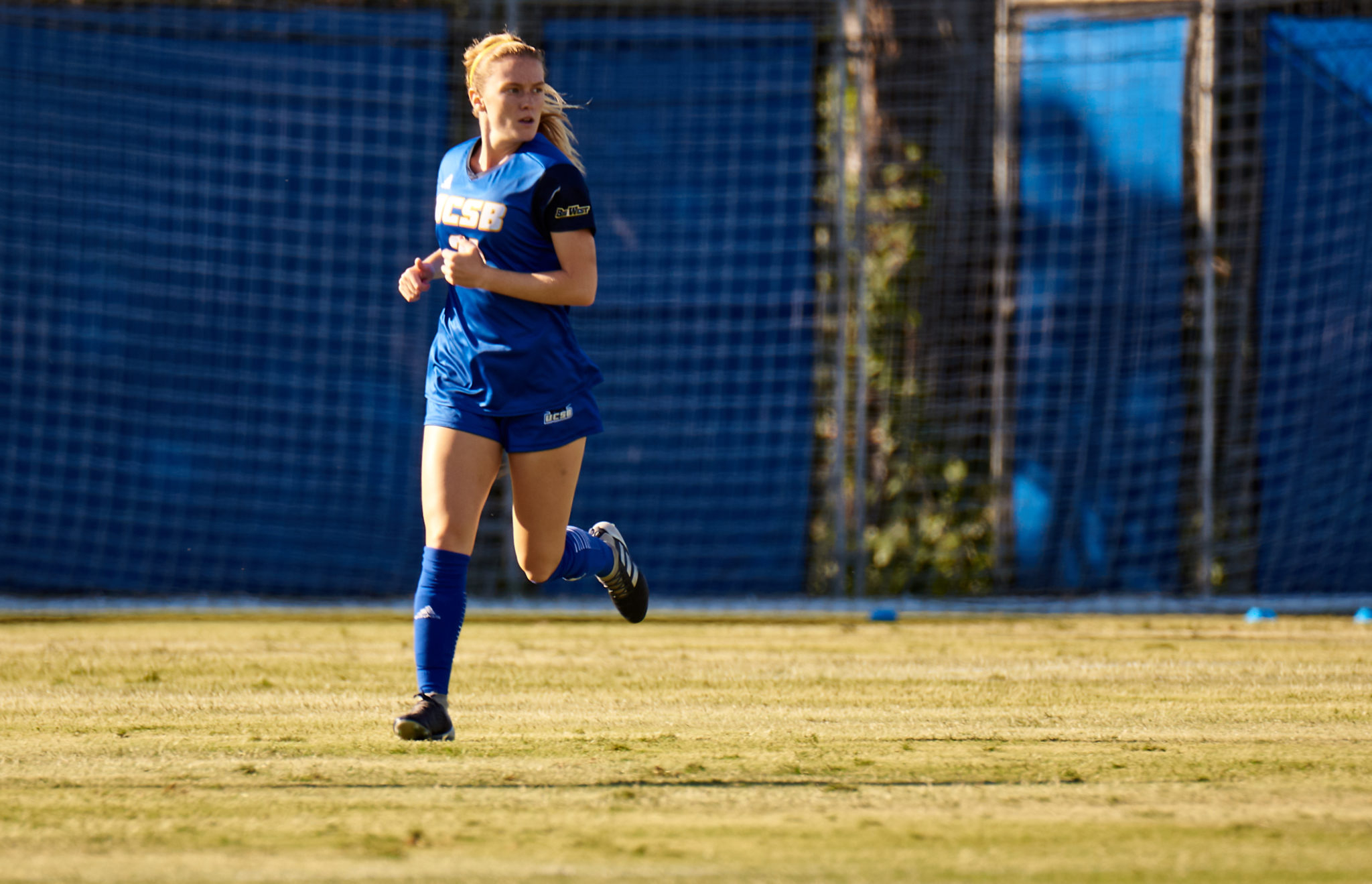 The UCSB women’s soccer team will hit the road on Thursday to face Cal State Fullerton and kick off an important stretch of games as we move further into conference play.

The Gauchos last took the field against rival Cal Poly on Sunday, and after two overtime periods, neither team prevailed and the game ended in a draw. This makes the ‘Chos 0-1-1 in their last two games after winning three straight up until that point, and their upcoming stretch of games will greatly affect the Big West standings.

Currently, UCSB is tied with UCI at fourth place in the Big West with an overall record of 6-4-4 and a conference record of 2-1-1.

The next few games will be key if the Gauchos have conference title hopes as they could either separate themselves from the pack and prove that they belong, or they could hit a rough patch and find themselves in a difficult hole to get out of.

Thursday’s opponent, Cal State Fullerton, is sitting atop the Big West standings at the moment, with an overall record of 10-2-3 and a conference record of 3-0-2.

This matchup is between two of the top teams in the Big West and both teams will surely bring their best stuff to this one, as it provides an opportunity for both teams to gain a statement win early in conference play.

While this is an important game, there is certainly no guarantee of a win for the Gauchos, as Fullerton has proved difficult to beat at home this year, sporting a 6-1-1 record at Titan Stadium.

The Titans are also the hottest team in the Big West at the moment having won or tied all of their last 11 games.

The outcome of Thursday’s game will most likely be decided by which offense can create the most goal-scoring opportunities for themselves because UCSB and CSUF have the two best offenses in the Big West at this point of the season.

Fullerton has by far the most goals out of all the Big West teams with 31 in 15 games, but Santa Barbara ranks second with 21 goals scored in their 14 games played, so both teams are capable of putting the ball in the net.

While both squads tend to execute well as a team on the offensive end, there are also a number of All-Conference caliber performers on either team that have the ability to change a game in the blink of an eye.

The top three goal scorers in the Big West will all be on the field on Thursday, with Shaelan Murison on the Gauchos as well as Atlanta Primus and Maddie Bennett for the Titans. Those three players have combined for 30 goals this year. The top four assist leaders in the Big West conference will also be featured in this game.

Fullerton and Santa Barbara are two teams known mostly for their offensive ability, and the talent they each have on that side of the field can often overshadow the defensive ability for both teams.

UCSB and CSUF rank second and third in goals allowed average, and the Gauchos hold a narrow edge with a .94 GAA compared to the Titans .95 GAA.

The goalkeeper matchup will also be an area to watch to see if senior keeper Hanna DeWeese can come up big for the Gauchos as she has many times this season and on the other side, if redshirt freshman Noa Schumacher can keep up her solid play in one of the biggest games of the season.

The game will be played at 7 p.m. on Thursday, Oct. 24 at Titan Stadium in Fullerton.