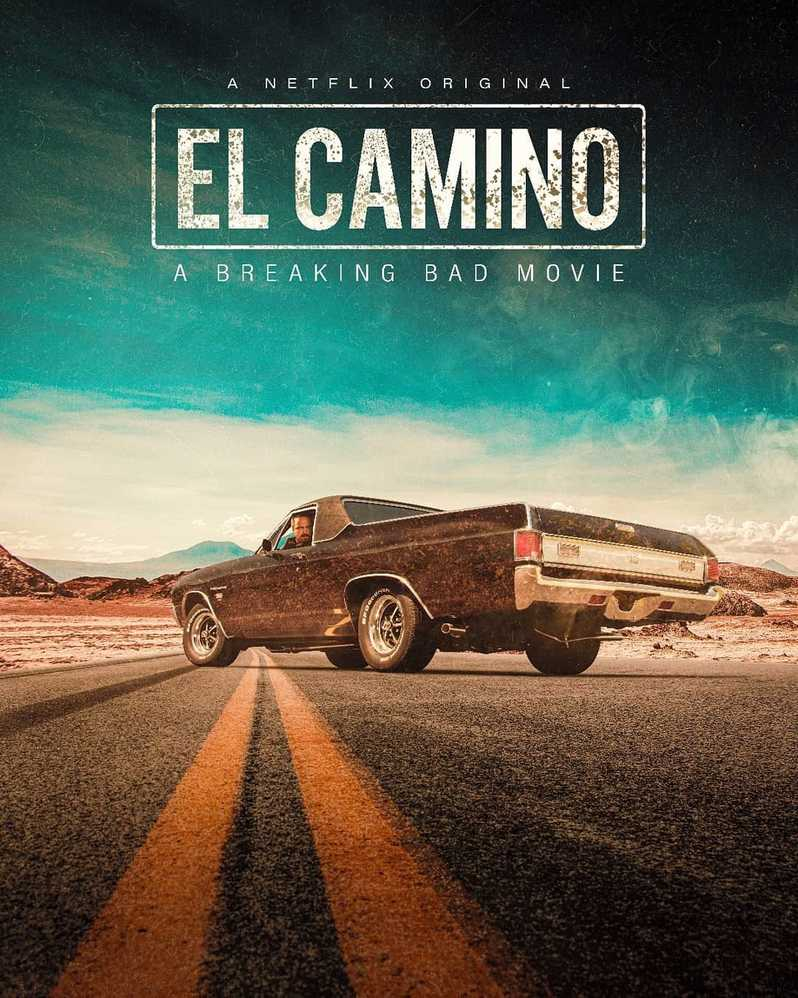 “El Camino,” the long-awaited follow-up movie to the hit series “Breaking Bad” is finally here. It’s thrilling, satisfying and well-written, brimming with nostalgia as we all reminisce on just how good “Breaking Bad” really was.

The year was 2010, and a strange new show had just appeared on Netflix: a real “Mr. Chips to Scarface” story about a desperate chemistry teacher teaming up with his flunkee student to cook meth. “Breaking Bad,” written and directed by the talented Vince Gilligan, was already three highly acclaimed seasons in when it made its entrance onto Netflix, instantly becoming an almost overnight sensation across the U.S. This so-called “Netflix Effect,” in which a show goes on Netflix and then immediately skyrockets in popularity and TV viewership, shot “Breaking Bad” into pop culture stardom, and nine years later it’s never left.

In 2010, of course, I was far too young to know what methamphetamine was, and my parents, for whatever reason, didn’t want their 10-year-old kid to be watching a show in which melting people in hydrochloric acid was a fairly common occurrence. This didn’t stop me from hearing about “Breaking Bad” on the streets, and it seemed as if every adult I knew ranted and raved about it in a way I’ve only seen insufferable fans of “Game of Thrones“ and “The Sopranos” do (I love both of those shows by the way, please don’t fight me). At the time I was definitely curious, but at some point, I forgot about it and moved back onto my pre-algebra.

Years later, around 2016, after multiple friends yelled at me for not watching it, I decided to give “Breaking Bad” a shot, and I was stunned. It was thrilling, devastating and incredibly well-written, with Bryan Cranston delivering one of the most show-stopping performances I’ve ever seen. But as I watched the last episode, I was satisfied (and relieved, as large shoes were indeed filled), but a nagging part of me couldn’t help but think that everything was… well, a little too complete. Spoiler alert: Walter White was dead (and yes, he remains dead), Pinkman had ridden off into the night and most characters were either dead or had their lives settled. But what exactly happened to Pinkman?

Well, the answer to that question has finally graced our Netflix queues. “El Camino,” written and directed by the same Vince Gilligan, is a two-hour fan service movie that accomplishes the rare task of doing exactly what it was supposed to do: tell Pinkman’s story while respecting the “Breaking Bad” narrative as a whole. 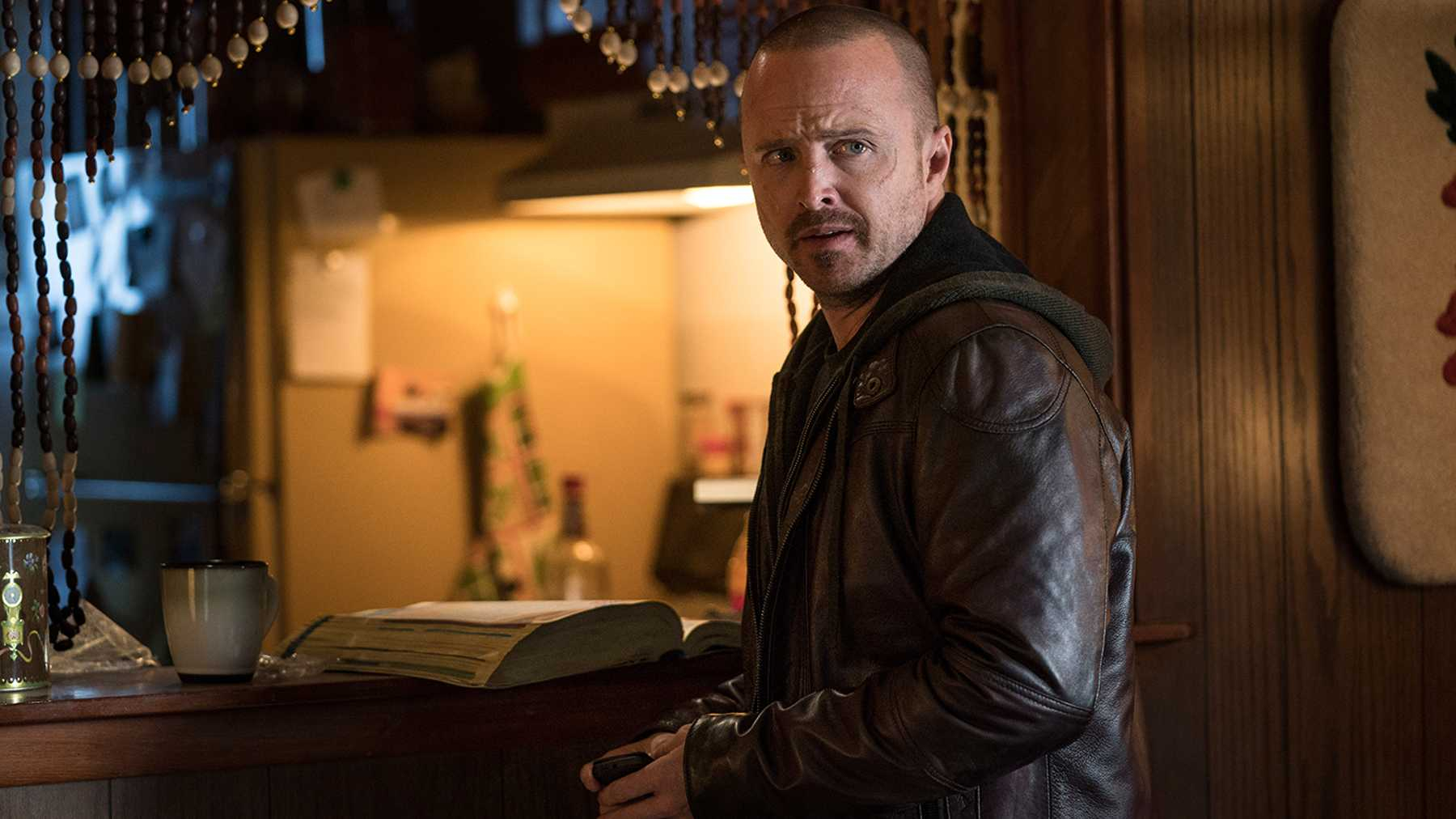 With “Breaking Bad” being such a prominent moment in TV history, the worst thing that could happen is a follow-up that reduces from the original. It was crucial to tell this story without messing with the near-perfect narrative of “Breaking Bad”, and it seems like Vince Gilligan understood this well. “El Camino” revolves not so much around exactly what Pinkman does (no magnets are involved, unfortunately) but rather Pinkman coping with the aftermath of his choices and actions writ large. Aaron Paul’s acting is stellar as always, with the years he’s gained only enhancing his portrayal of Pinkman. After all, you can pretty much assume Pinkman’s year with Walter White and Co. has aged him at least a decade, and those new wrinkles are certainly believable.

“El Camino” picks up seconds after the end of the “Breaking Bad” series finale, with Pinkman screaming through tears of relief as he escapes his enslavement. But out of the frying pan and into the fire, Pinkman is now the subject of a nationwide manhunt by the federal government. As the movie goes on, we see that this is really a much older Pinkman, shellshocked and suffering from PTSD because of the horrific cruelty he’s been subjected to. He is a broken man, attempting to piece himself together and forge some kind of future. It’s also just him by himself for the first time; there is no Walter or Mike to help him anymore.

Overall, “El Camino” does successfully make the case for its own existence. Respecting the “Breaking Bad” narrative completely, it adds depth and closure to Pinkman’s character, and comes with some wonderful nostalgia as you remember how incredible “Breaking Bad” really was. It feels like “Breaking Bad”’s soft encore: nothing too crazy, just a small celebration and a ride-off into the sunset. Aaron Paul delivers a terrific performance, embodying multiple versions of Pinkman with masterful tenacity, and Vince Gilligan has not lost a step in writing thrilling, high-stakes storylines while judiciously understanding and respecting what fans want, and what they want left untouched. If you came looking for an epic standalone movie adventure or game-changing twists, this probably isn’t your thing. But if you were at all a fan of “Breaking Bad” and a satisfying ending for Pinkman sounds like something you’d trade a bagel for, this is required viewing.

8.5/10— A brilliantly acted, well-written ending to “Breaking Bad.” Captivating and thrilling, this is a fan-service aftermath movie “Breaking Bad” fans will love.