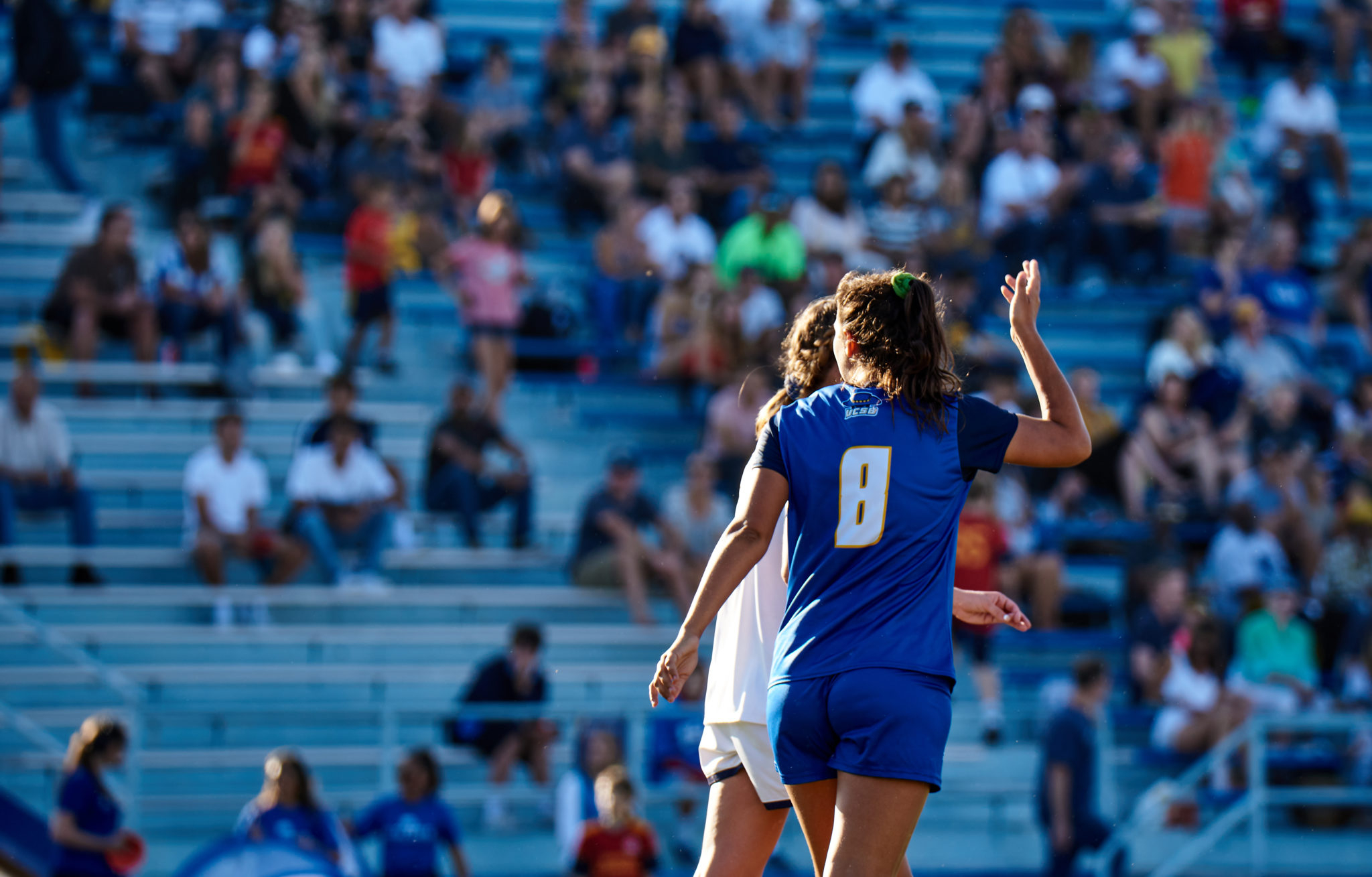 The UCSB women’s soccer team, 6-3-3, will head to Northridge to take on CSUN this upcoming Thursday and Cal Poly on Sunday, as the Gauchos will look to add on to their three-game winning streak.

Santa Barbara was last in action on Thursday when the squad was able to pick a 2-1 win over UC Davis. Senior forward Shaelan Murison recorded two goals, including the go-ahead winner in the 83rd minute.

Murison now has double-digit goals on the season and has cemented herself as the ‘Chos go-to goal scorer.

Senior goalkeeper Hanna DeWeese had four saves in the matchup, as she was able to stop the Aggies from finding the back of the net multiple times. DeWeese continues to be one of the bright spots in the lineup, recording a total of six clean sheets on the season.

Cal State Northridge will come into this matchup with an overall record of 8-4-3. The Matadors have been extremely impressive this year behind strong play from sophomore goalkeeper Amanda Delgado. Delgado has recorded 41 saves on the year with a save percentage of 78.8%.

Offensively, CSUN is led by sophomore forward Alexis White who has scored five goals on the year along with an assist.

Cal Poly, on the other hand, has struggled this season as the Mustangs are 4-9-1 this year and have lost three of their last six matchups.

Freshman midfielder Camille Lafaix leads the team with four goals and two assists with freshman forward Nikki Trucco coming in right behind her with two goals.

The Mustangs have not been able to put it together defensively in particular this year as the team tends to fall behind early, putting them in the difficult situation of constantly trying to come from behind.

In order for Santa Barbara to have success in these matchups, the Gauchos must continue to play aggressively on the defensive side of the field while avoiding fouls. Over their past three games, UCSB has found a good balance between the two which has allowed them to control the time of possession.

While the Gauchos have found success as of late, it will be crucial for the team to continue to rely on their fundamentals as that has helped put them over the top in their recent close games.

That being said, the team must also continue to develop their offensive identity as the team has still not found their second scorer behind Murison.

Even though UCSB has had success despite this fact, the team will surely need to find their second threat on the offensive side of the ball — especially with the team looking to compete for the Big West title.

Although Murison has found ways to score despite double-teams and opponents keying in on her in the penalty box, a second scorer can help take some of the pressure off of her shoulders.

Santa Barbara seems to have found their rhythm at the perfect time as UCSB remains undefeated in conference play.

Their important test coming up against CSUN will be a good indicator of where the Gauchos are against a team that is playing extremely well. If UCSB is able to make the Matadors uncomfortable in their own half, the team will have opportunities to capitalize on mistakes that could potentially lead to a transition attack.

The Gauchos are back in action twice this week with one game on Thursday against CSUN at 7 p.m. and the other back at home against rival Cal Poly at 1 p.m. on Sunday, where the ‘Chos will look to secure their third and fourth win in conference play.