Arnab Mukherjee, an assistant professor in UCSB’s Department of Chemical Engineering, works with fluorescent reporter proteins — molecular beacons that can attach to a gene or protein of interest. By tracking the quantity or quality of light over time as it moves around in a cell, scientists can decipher much about the cell’s inner workings without having to use invasive techniques.

For nearly 25 years, genetically encoded light-emitting reporters have served as a staple technology to help researchers understand many different cellular and molecular processes with “absolute genetically defined precision,” according to Mukherjee.

However, these conventional reporter proteins aren’t without their constraints. Namely, they can’t emit light in and therefore cannot be used to study oxygen-deficient, or anaerobic, environments.

“There’s a lot of fascinating biology that happens in the complete absence of oxygen,” Mukherjee said. For instance, he mentions the anaerobic activity occurring deep under the ocean floor as well as the microbes in your gut aiding in digestion.

Mukherjee’s research lab is working to overcome these challenges by developing bioluminescent reporters inspired by the legacy of standard reporters, but ones that are able to produce light in the context of anaerobic conditions. The goal is to be able to visualize oxygen-independent systems that Mukherjee terms the “dark matter of biology.”

“If you’re interested in studying these systems, either for medical reasons [such as] to understand how the core of a tumor responds to different therapies or to collect different microbes and enable them or engineer them for bioproduction, then we need technologies that can help us visualize biology in these contexts,” he explained. “There is only so much you can learn by looking at cells on a culture dish or in a tube. Beyond a point you have to go inside a living organism.”

For these purposes, more penetrant technologies, including magnetic resonance imaging (MRI), are used to image through layers of living tissue. 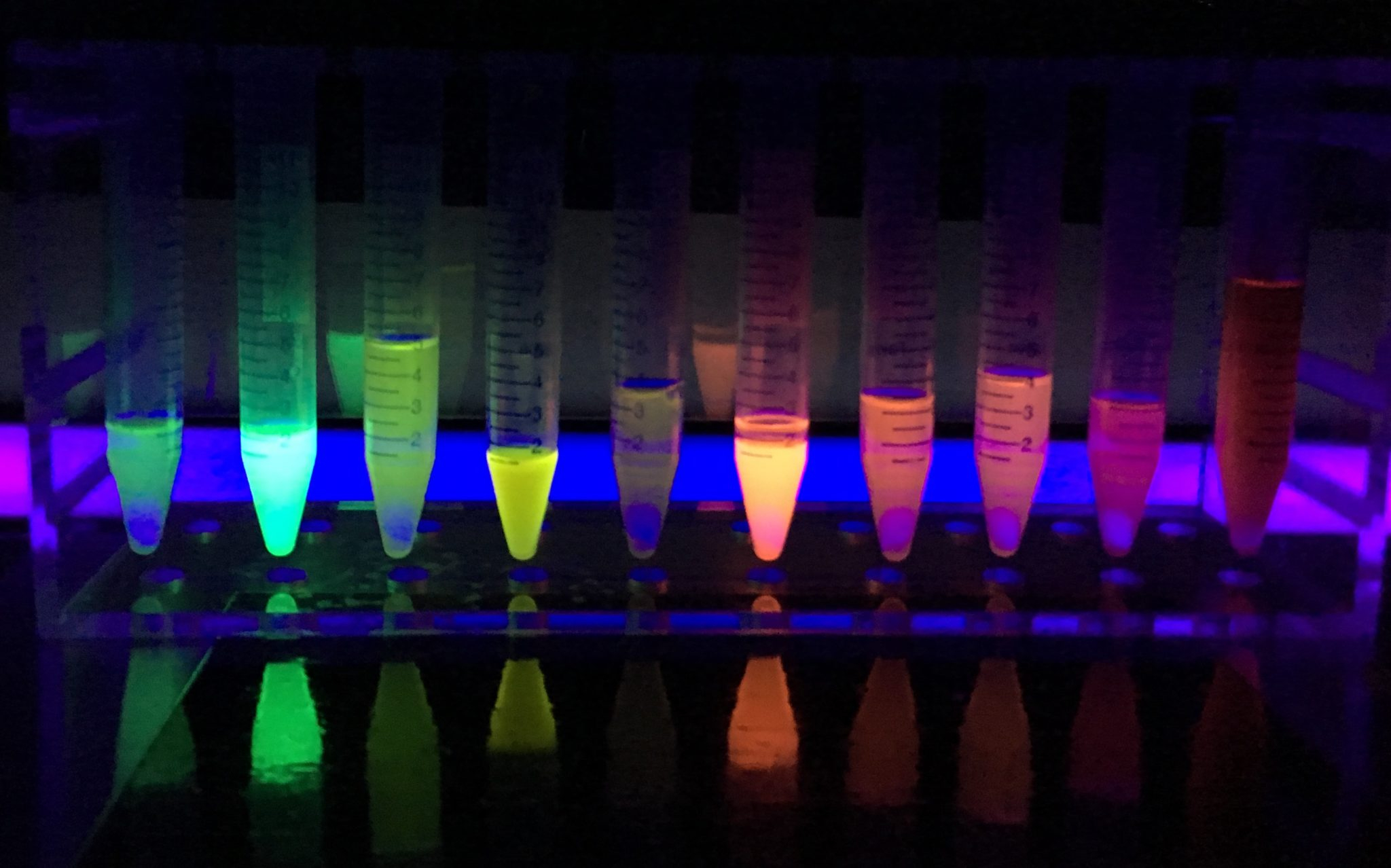 Mukherjee’s work focuses on developing fluorescent reporter proteins that can work in anaerobic systems, or what he calls the “dark matter of biology,” such as the gut. The NIH has awarded Mukherjee a grant that will aid his lab’s research efforts. / Courtesy of Wikimedia Commons

To assist Mukherjee in pursuing his research, the National Institute of Health (NIH) has awarded him with its Maximizing Investigators’ Research Award (MIRA). Funded by the National Institute of General Medical Sciences, the $1.8 million grant for five years aims to enhance “scientific productivity and the chances for important breakthroughs” to “the nation’s highly talented and promising investigators,” its website details.

Unlike various other agency grants, MIRA recognizes an entire program rather than a specific project, supporting the whole vision of Mukherjee’s lab.

“That’s amazing, because it lets me do two things. One is it lets me minimize grant writing for a certain fraction of time, because this really is very generous support from the NIH that helps us completely focus attention on these two areas … It directly means that I can spend more time coordinating research projects, working on and writing papers and [carrying out] all the ideas that are laid out from their logical layout to their initial conclusions.”

The award’s other impact is that it helps “validate” Mukherjee’s research efforts.

“Of course, I’m excited by these ideas, and I know a lot of other colleagues and I know other faculty who are excited by these ideas. So to have really respectable senior peers in the field say that this is something that is fundable, I think is encouraging validation for somebody who’s relatively new to this job,” Mukherjee, who joined UCSB’s faculty in 2017, said.

From an imaging standpoint, he is interested in the gut because it is anaerobic and physically located deep inside animals. “If you really want to understand gut biology, you need imaging technologies that bridge both these scales: the cellular scale as well as the organismal scale.”

Mukherjee’s group intends to be able to employ molecular bioimaging to study microbes and microbial communities in the gut, including how they communicate, how they break down different food compounds and how they regulate different genetic or signaling pathways. While these experiments would mainly be cell culture-based, the researchers aim to complement them with studies to detect various chemicals or map the biogeography of the gut in the context of a living animal.

“I think we’ll be able to see our divergent goals converging and focusing on really deciphering the complexities of the gut biology,” Mukherjee said.

Another potential area of interest that could utilize Mukherjee’s engineered reporter proteins is neuroscience. With much context-dependent information such as in neurogenesis, neuroexcitation and neurodegenerative diseases, these processes and cellular and neural functions would benefit from being studied in the context of a living animal, he described.

Working with the “excellent” neuroscience faculty on campus in which they provide the questions, Mukherjee’s team then focuses on developing these technologies that can supplement culture-based neurobiological studies with living animal studies, all in an effort to “increase the depth and breadth of information that you get from these imaging instruments.”

Mukherjee summarized, “Those are the two main areas where we think and hope we will be making an impact on in the coming years.”