Do you remember the exact moment when you declared your college major?

Did all the stars align and point you in the right direction? Did the clouds open up to reveal a chorus of angels singing advice? Did your horoscope that morning provide you with a detailed plan for finding success?

I’m willing to bet it didn’t go like that. 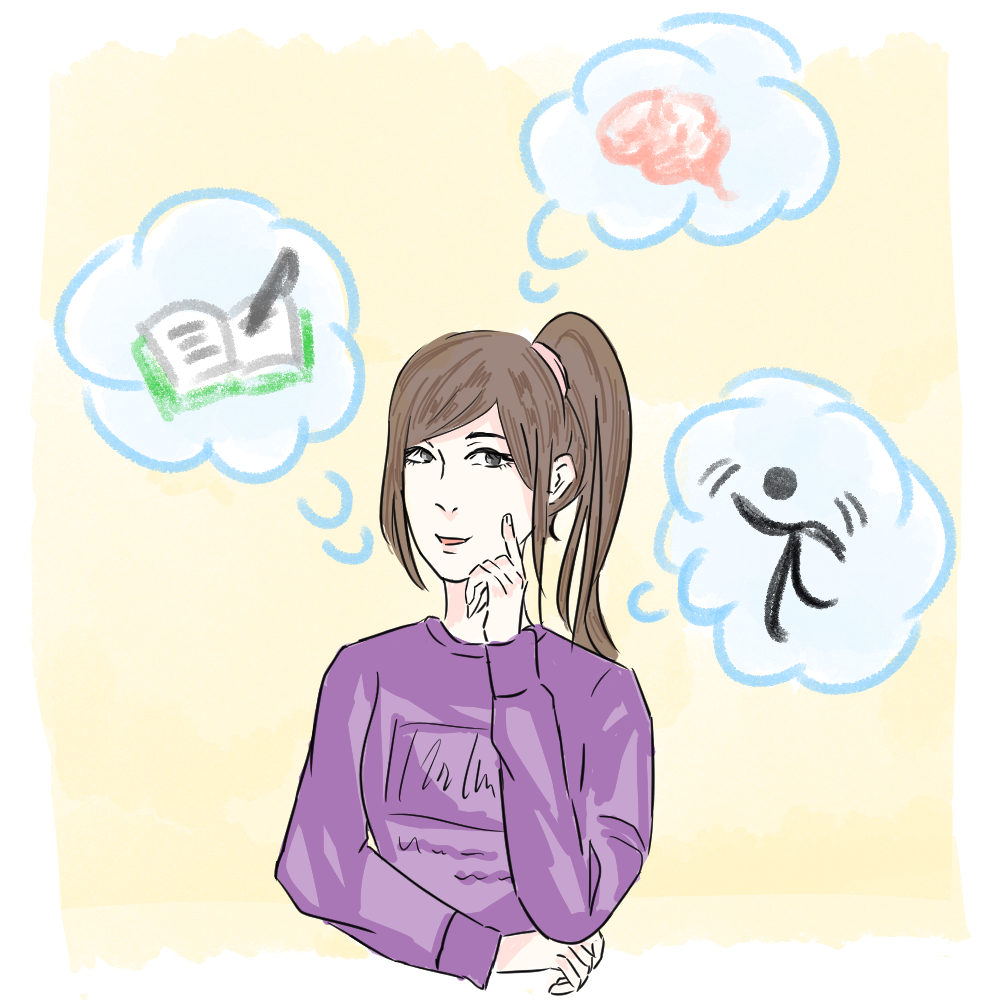 For me — and I’m sure a lot of others out there — choosing a major felt like a pretty giant gamble.

Our education system has preprogrammed formulas in our brains: Good Grades + Right Major = Future or Good Grades + Wrong Major = Failure. That creates a lot of pressure when it’s time to choose which box to check on a college application.

I’ve made it through three years of college, and now that I’m nearing the end, I still have no idea what the heck I’m doing.

On my original application to UCSB, I chose to major in anthropology. To this day, I have no idea why.

Thanks to a tremendous amount of good fortune, the first person I met during freshman year was a dance major who convinced me to attend a last-chance late audition for the dance department on the second day of school.

After 11 years of competitive dance training, I had prepared myself to throw in the towel after high school graduation. When the dance department wanted me to join their program I was ecstatic, but I was still worried about juggling dancing and my other major.

And believe me, I was worried about it.

I took exactly one anthropology class and knew it was wrong for me, so I thought about what other fields of study piqued my interest.

Out of nowhere, the answer was psychology. It fascinated me in high school, and science seemed so much more stable than performing arts to build a career on, so instantly the draw made perfect sense. So much sense, in fact, that I didn’t understand why I hadn’t thought of it from the start, and I felt stupid.

I met with advisors and worked it all out and took every prerequisite all at once, thinking I was on my way to becoming a psych major. After two quarters of excess courseloads and a slew of other first-year problems, I made it to spring quarter finals week about ready to explode.

There’s a difference between what we study in college and what we do with the rest of our lives, a fact that doesn’t get acknowledged very much.

Just when I’d had enough of college, my mom came to the rescue by visiting me and helping me pull myself together. As usual, I spilled all of my problems to her without hesitation and at the end of my very dramatic monologue, she had one question for me:

“You’ve always wanted to be a writer, why did you stop doing that?”

I had no answer. I never stopped wanting to write, I just stopped thinking I could do it. So, we did some research and found the professional writing minor, adding it to my already overflowing plate.

Fast forward two years and some-odd months, and I’m a dance major sitting in a lighting design class for the theater department, having the time of my life. You can imagine the fear in my advisor’s eyes when I asked him if I could complete the entire theater design minor in the year left before graduation.

Guess what? I’m doing it.

It may very well kill me, but I get to spend my days dancing and writing and designing theater productions, and I’ve never been so happily stressed out in my whole life.

Finding the right path doesn’t have a time limit, and it’s more important to be on the one that feels good rather than the one that you saw first.

There’s a difference between what we study in college and what we do with the rest of our lives, a fact that doesn’t get acknowledged very much. Undergrad is a time that shapes who each of us are as a person. We’ll carry our experiences with us forever, but it doesn’t define where we go once these days come to an end.

As a kid, it was great to dream about what you wanted to be when you grew up. But now that it’s actually time to grow up, my mind keeps drawing a blank.

I have no clue where I’ll go after graduation, or what I’ll be doing, or who I’ll be doing it with. But after going through everything these past three years, I know that I’m going to figure it out. What I’ve learned in college can’t be summed up in a bachelor’s degree.

It can be pretty hard to figure out what you’re passionate about when you spend most days crammed into a 900-person lecture hall. But you don’t have to take GEs forever, and once they’re all over with and you can choose your own educational path, the real fun begins.

The “study what you love” mentality seems very difficult when you don’t really love anything you’re studying — that’s why the most important part of college is trying out as much as you can. Keep exploring until something hits home, and whatever that subject is, run with it.

Whether you’ve always had one big dream, or you’re still open to all the possibilities, know that we still have plenty of time left to figure it all out.

Jordan Curiel believes that it’s never too late to decide what you want to be when you grow up.