California Gov. Gavin Newsom signed Senate Bill 24 — a bill that would require University of California and California State University campuses to provide abortion medication access through their student health centers with the “abortion pill” by Jan. 1, 2023 — into law this morning. 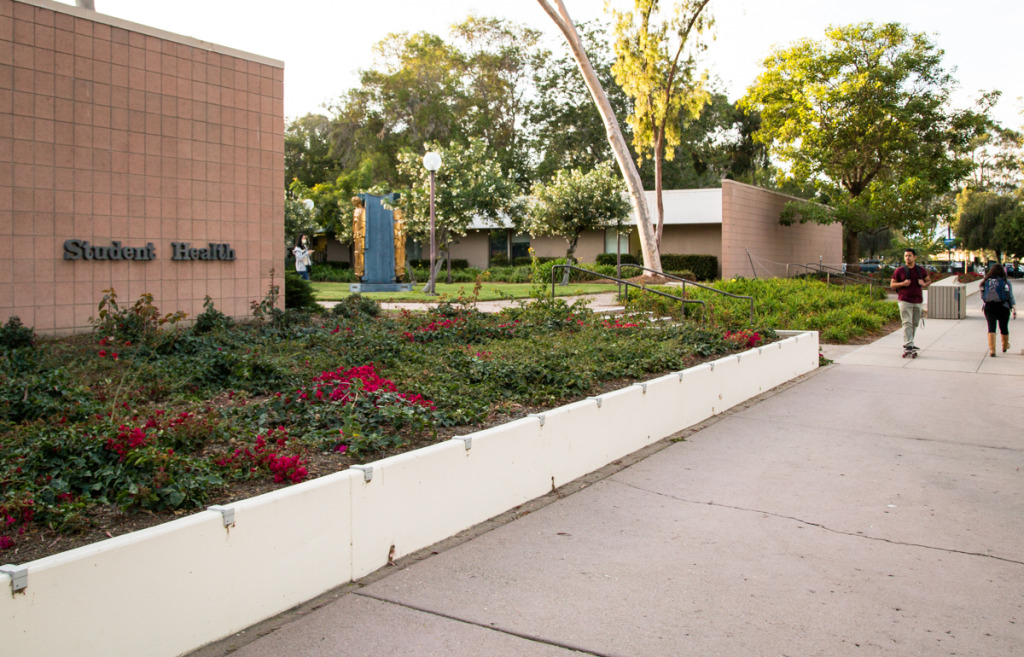 The bill allocates $200,000 to each UC and CSU campus student health center to cover the costs of providing abortion medication. Dustin Harris/Daily Nexus

A similar bill, Senate Bill 320, made it through the California State Assembly and Senate last year before it was vetoed by former Gov. Jerry Brown, who described the bill as “not necessary,” citing the average distance to abortion providers in campus communities as five to seven miles. The closest Planned Parenthood to UC Santa Barbara is a little over 11 miles away.

“After three years of working to expand access to medication abortion at our public universities, I am thrilled that Governor Newsom rejected the misguided paths that other states have taken in limiting access to abortion care,” Senator Connie Levya, who authored both bills, said in a press release.

“I am also grateful for the many students and advocates that stood alongside me. Without them, today would not have been a reality.”

The bill allocates $200,000 to each UC and CSU campus student health center to cover the costs of providing abortion medication, including “Facility and security upgrades,” “Costs associated with training staff in the provision of abortion by medication techniques” and “Staff cost reimbursement and clinical revenue offset while staff are in trainings.”

An additional $200,000 each will be allocated to the UC and CSU systems to pay for “24-hour, backup medical support by telephone to patients who have obtained abortion by medication techniques at a public university student health center,” among other training and budgeting costs.

“UC student health centers currently provide students with access to comprehensive reproductive health services, and this new law will further access to medication abortion by providing these services on-site,” Sarah McBride, spokesperson for the UC said in an email.

McBride added that the system “is currently evaluating next steps and will implement the law accordingly.”

Emily Montalvo-Telford ‘19, who lobbied for SB 24’s passing and was present this morning when Newsom signed the bill into law, said the passing of the law made her feel “safe.”

“It can be very scary and stressful to know that your basic rights are always up for debate, especially what we’ve been seeing at the federal level, but right now I feel good and I feel safe because I know California is leading the fight for reproductive justice and my rights are upheld right now,” she said.

At UCSB, Montalvo-Telford served as president of Students Against Sexual Assault last year and worked with justCARE: Campus Action for Reproductive Equity, a statewide organization that advocates for abortion pills on college campuses, and UCSB’s Students for Reproductive Justice, to advocate for the bill.

Second-year political science major Philippa Villalobos, current director for Students for Reproductive Justice, said that in addition to the organization’s work on campus, which included phone banking and tabling, they made multiple trips to Sacramento and testified at Senate and Assembly meetings in support of the bill.

Villalobos denounced Brown’s decision to veto the initial bill, explaining that “even if it were five miles, as students, it’s really difficult to get off campus.” In addition to having to potentially miss class multiple times and depend on often unreliable public transportation, Villalobos added that off-campus clinics can often have long wait times as well.

“Aside from the physical barriers and financial barriers, a big issue too is the lack of community and discussion about pregnancy on campus,” she said.

“And so by bringing this onto campus, you’re offering students a safe way to access abortion and have a conversation and not feel so alone.”

Abortion is a tool of the patriarchy. Wake up.

Eggs are round. Even if (and it is) true — so what? That is hardly its only relevant feature. Are you dense?

War is a tool of the patriarchy. Assuming the validity of that assertion, does that imply wars (as abhorrent as they are) have not utility under any circumstances? See WWII). Moron.

Did you know a fetus is not a baby? A fun fact for the substantially ignorant contingent. Might as well, using your “logic” say “Yea for killing adults.”

Ah, naming calling. The tool of the radical left.

Look! It is the grammar police. I am soooooo impressed.

Fascinating initial reply (name calling) from a poster whose SOLE content was to disparage the intellect of an entire social group. BTW, I suppose voting twice for Reagan and once for Bush in your mentally challenged brain makes me part of the radical left? Idiot.

And for anonymous #4, “so” has only one “o”, not six. Kudos from the grammar police.

U are seriously dumb.

Thanks for your carefully considered observations and sage-like insights. I apologize for the all the time you devoted to constructing your razor-sharp retort.

I am the original poster. Nice try, but I’ve been a registered Democrat my entire voting life. This year’s crop of mean, hateful Democrats have caused me to reconsider.

Are you deaf, blind and stupid? Don’t answer. That was rhetorical. I already have my answer from your previous posts.

You are such any easy mark for the trolls. What a fool.