According to the Merriam-Webster definition, family is “the basic unit in society traditionally consisting of two parents rearing their children.” However, in 2019, the word family can have many different meanings depending on who you ask. The notion of a nuclear family unit has evolved into something more modern; around the globe, kids are sparking discussions about the experience of being raised in a single-parent home, for example.

Personally, I have witnessed the evolution of family in different aspects of my life. Usually when people discuss their family, they talk about their cousins, aunts, uncles, grandparents, et cetera. But to me, family means my mom and my dad. While this might seem strange to some who have more than 50 people show up to their house on Thanksgiving, it’s my normal. 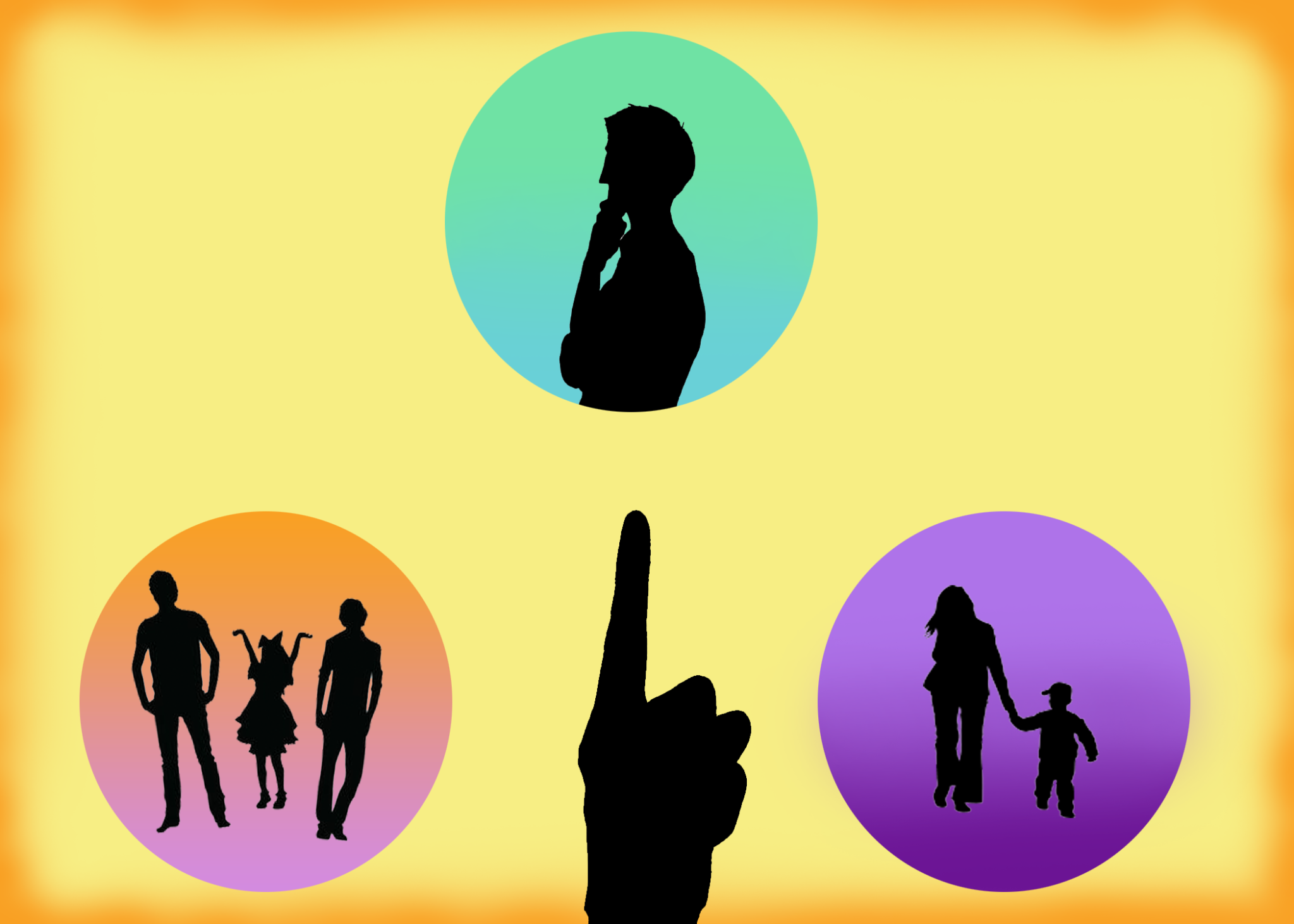 Being an only child has played a role in this. I share almost everything with my parents, and they generally put a lot of attention on me. While this sometimes feels like a lot of pressure, it’s something I don’t take for granted. I can tell from conversations I’ve had with friends that a lot of them aren’t close to their parents — at least in part due to having multiple siblings and therefore not having that “let’s sit on the couch and talk about your day” kind of bond that pervades my life.

Sometimes I find myself envying my friends with older siblings who can readily give advice and have recently been through the same experiences as me, but I find that my parents excel at playing the role of both sibling and parent. They always share relevant and meaningful experiences I can learn from but also “this is how you do your taxes” parental knowledge.

By no means is the evolution of the family unit a negative development — it just means that there are now more versions of “socially acceptable” family culture.

I didn’t realize that the scope of family had evolved until I really thought about what family norms were like before the modern age. A few days ago in my feminist studies class, we learned about how women’s roles in the home were destabilized during the Industrial Revolution, broadening from an emphasis on motherhood and domesticity to becoming contributers to the economy. Women started venturing out into the world to work as textile workers and coal miners and, as a result, home life suffered because of the double burden women bore.

I didn’t realize that the scope of family had evolved until I really thought about what family norms were like before the modern age.

As a society, we still have a lot of work to do regarding women’s control over whether they want to devote themselves to raising a family or work while they raise kids. Women’s entry into the workforce began as early as the 19th century, yet we are still skeptical when women reach their 30s and aren’t married with a kid. Part of this originates from parental pressure or even scrutiny stemming from tradition. Regardless, the numbers show that in the U.S., women are choosing to have fewer babies, whether to pursue their careers or out of personal preference.

While traditionalists may be skeptical of the evolution of the family unit, environmentalists know that the recent downsizing of families is crucial to improving our environment. The Malthusian Theory of Population proves that although population growth is predicted to be exponential, resources are linearly limited. Our world doesn’t have enough resources to support every family with three kids. Some countries, like China, have even been forced to enact a “one-child policy.”

Not only is population increase an environmental problem, but the potentially disastrous environmental conditions in which our children are going to live in presents an issue. If predictions for global warming-induced weather, rising sea levels, deforestation and the overall desecration of our natural world prove true, young adults are not going to want to have children in the face of this extreme danger. This is evident in studies showing that teens are pledging not to have children until real impactful governmental action is taken in relation to climate change.

However, culture, economics and the environment are just a few pieces of the puzzle. Another important piece is individual preference. The number of families who want to adopt is on the rise, as depicted in shows like “Modern Family.” But also, there are those who consider their friends their family. Personally I can relate to the desire to adopt. I never really imagined myself having five kids and a cookie-cutter household. I have always watched films, heard on the news and read about instances of adoption that have intrigued me. Why not give a better life to a kid who has no family at all than selfishly create your own?

Some traditionalists have a problem with adoption because differences in biology and native culture divide a parent from their adopted child. However, I believe that when deciding to become a parent, one must be prepared for any challenges that might arise, including this one.

Throughout the years, family ties have evolved to take on a different meaning to each of us. While some still take a traditionalist viewpoint of the roles of parents and children within a family unit, it’s ultimately individual circumstance that determines the underlying meaning of family in each of our lives.

Joshen Mantai believes that who you consider your family is up to you.