The Daily Nexus
Opinion
Why You Should Learn Another Language
October 3, 2019 at 10:00 am by Carley Weiler

Studying a language is like studying a new way of life — it is the deepest and most intimate way to get to know another culture.  It has always amazed me how thousands of languages exist, each with its own unique set of words, colloquialisms and pronunciations. My fascination with this concept motivated me to immerse myself in another language.

This summer, I had the opportunity to live in Costa Rica and attend a Spanish immersion school for a little over a month. Going in with a basic, white-washed high-school knowledge of Spanish made me feel like I was starting from square one. However, being fully immersed in Spanish classes, eating breakfast and dinners every day with my Costa Rican homestay family and having to use Spanish whenever I needed to order something or ask for directions improved my comprehension exponentially. 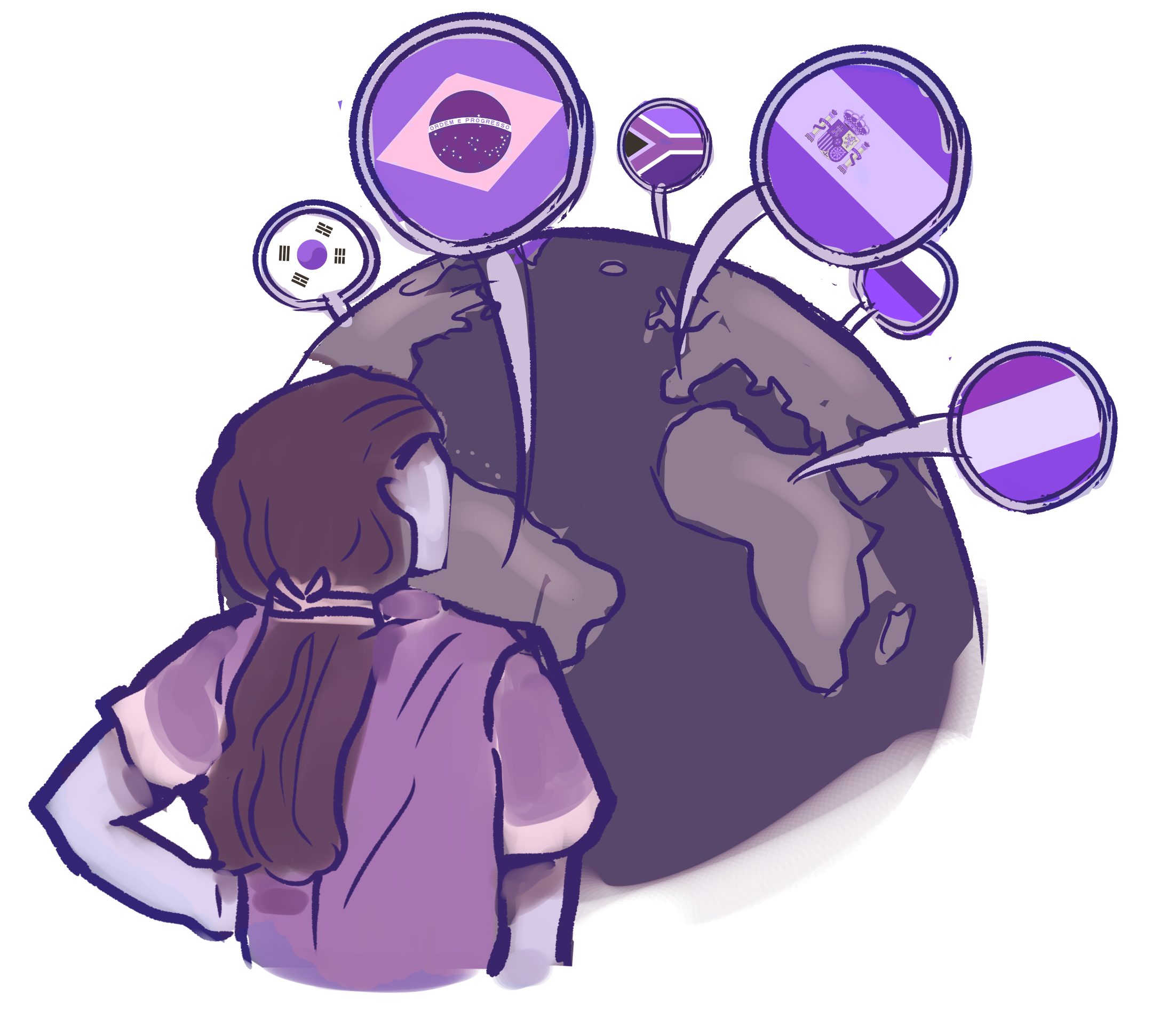 With learning a new language came learning new customs and connecting with people from a different culture. My favorite part of the process was being reminded of how kind the human spirit can be. As I struggled with buying bus tickets, asking for a meal for takeout  or simply making conversation, I was humbled by the patience, kindness and acceptance of all the Costa Ricans, commonly referred to as Ticos. It seemed that all of the locals were happy that we were trying to get to know their culture by speaking their language and would go the extra mile to help us understand something or learn a new phrase. These moments of connection with strangers and new friends in a different language were truly some of the most beautiful and humbling experiences of my life.

However, I have to acknowledge the double standard that exists when non-Europeans come to the United States. During my trip I didn’t encounter anyone who behaved rudely or was demeaning towards me — which is truly amazing considering the xenophobic comments I might have received if I were in their shoes traveling to the Unites States.

It is a disgrace that the compassion with which I was treated is not typically reciprocated when foreigners travel to my country. I talked to many natives who had dreamed of visiting the United States, only to realize that this dream might be unattainable because of how expensive and discriminatory the process to acquire a visa can be just to vacation in the United States, let alone live here.

As I talked to more Ticos, I also discovered that the majority of them were learning English, not as a hobby, but to gain access to more job opportunities, as knowing English equates to a better job and higher salary. It doesn’t seem right that everybody except English speakers is obligated to learn another language for a better opportunity in life — and what about the people who don’t have the time or money to go to school to learn English?

In the globalized world that we live in, it is a necessity to learn other languages. We must start the conversation about why the United States is one of the few nations that doesn’t require a bilingual education in schools.

With these double standards and my own privilege in mind, I had to delve deeper into the discriminatory system that benefits me as a white, native English speaker living in the United States. My interest in learning another language versus their obligation is the autocratic reality that we live in and must be acknowledged in order for there to be any change. One way to lessen the divide between those of us lucky enough to be born speaking English and those who may never have the opportunity to learn English is to introduce bilingual education in public schools.

This is a simple solution, one that is already occurring in much of the world.  I’m not talking about the shitty language requirements implemented in U.S. public schools today. In fact, currently less than one percent of American adults are proficient in a foreign language they learned in school. The United States prides itself on its infrastructure, military, strong international relations and other accomplishments, yet we can’t effectively teach our students another language. In the globalized world that we live in, it is a necessity to learn other languages. We must start the conversation about why the United States is one of the few nations that doesn’t require a bilingual education in schools. We must ask ourselves why we expect everybody else to learn English but fail to make an effort to learn anybody else’s language. With a rapidly growing global market and millions of immigrants moving and settling in the U.S., we must prioritize bilingual education.

On my flight to Costa Rica, I was consumed with anxiety about how I would communicate in a language I hardly knew. I was oblivious to how much else there was to learn beyond the dialect. The warmth with which I was embraced by the Ticos and Costa Rican culture helped me regain my faith in humanity. As I connected with the locals, I also became aware of the double standards involving my own privilege, giving me a newfound passion to bring about reform.

Even if learning a language still doesn’t sound interesting, you don’t have the time or you tried unsuccessfully to learn it in school, there are other ways you can help create a world that promotes acceptance, tolerance and advocacy. My message is to be kind and helpful to everyone, especially to those who come from another country and are trying to assimilate to a new culture. You’ll never be able to fully understand what someone else is going through, but recognizing your own privilege and being able to choose what to do with that responsibility is the first step toward a more just world.

Carley Weiler believes learning another language is the best way to get to know another culture and to understand what a privilege it is to be a native English speaker.

Way to champion an unwarranted generalization from partial assumption to the totality of the actual situation. And, fine non sequitur. Is this the level of education you receive as a student at UCSB? Let’s prey that our teachers and students are better than this uninformed attempt at logic.

I have no intelligent argument, so I will become the grammar police.

Well, like a broken clock, you managed to be right on occasion. In this case, your first clause was spot on.